A Tweet from The Times Picayune | The New Orleans Advocate went viral when it showed sandbags protecting the S&WB offices. 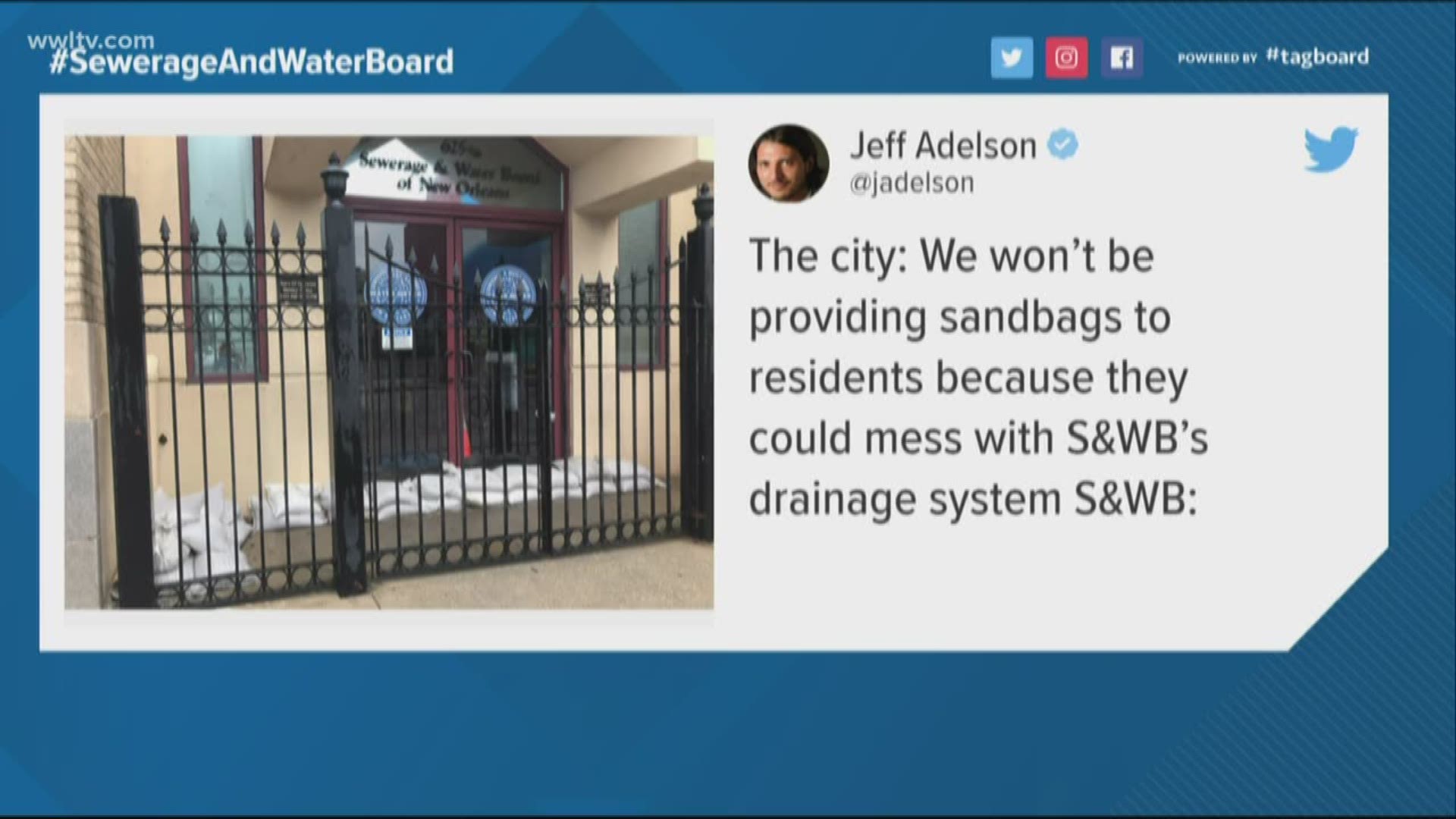 Part of the explanation by Mayor LaToya Cantrell was that sand from the sandbags has been found in the drainage system before, causing some issues.

The also said that using the fire department to hand them out would have strained resources.

However, the customers’ ire was only enhanced when a photo taken by The Times-Picayune | The Advocate showing sand bags surrounding the Sewerage and Water Board office in the New Orleans Central Business District.

The Times Picayune | The New Orleans Advocate’s Jessica Williams later Tweeted that the Sewerage and Water Board gave her an explanation.

“We use sandbags there as an extra precaution because we have sensitive equipment in the basement,” she quoted the Board as saying. “Residents can go get sandbags as well. Nobody is saying don’t use sandbags. You can use them, but the city is not distributing them.”