Wheel flies off CMS bus with students on board, one hurt in crash

It's just day two of the new school year, and already the wheels are coming off, quite literally. 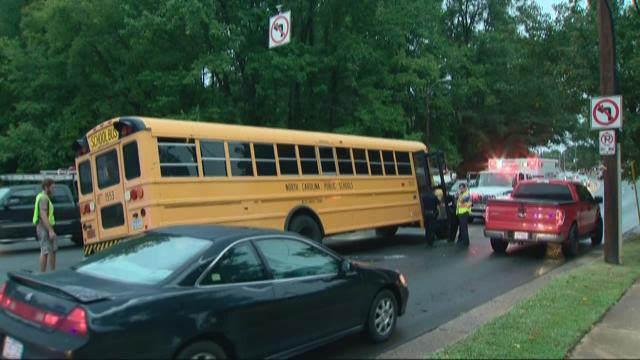 CHARLOTTE, N.C. - It's just day two of the new school year, and already the wheels are coming off, quite literally.

The incident happened Tuesday morning around 7 a.m. at the intersection of Eastway Drive and Hilliard Street.

Bus number 1553 headed to Garinger High School with 26 students on board lost a wheel. it went flying and hit a nearby car, doing quite a bit of damage.

One student was taken to the hospital in what CMS calls, “a precautionary measure.”

So NBC Charlotte wanted to know when the bus was last inspected, and got a look at an inspection report dated august 17, less than two weeks ago.

The only noted issues were that the bus, “needs brakes,” an issue reportedly repaired before the start of school.

“CMS is investigating the incident as well as the maintenance record for the bus. The safety of all students and staff is top priority for the district as we drive students to and from school each day.”