Valentine's Day revisited: 1 year after beloved coach learned he had a kidney match

Dante Sipp needed a miracle - and a kidney. He found both in Lauren Larrison. One year ago on Valentine's Day, he got news that would change his life. 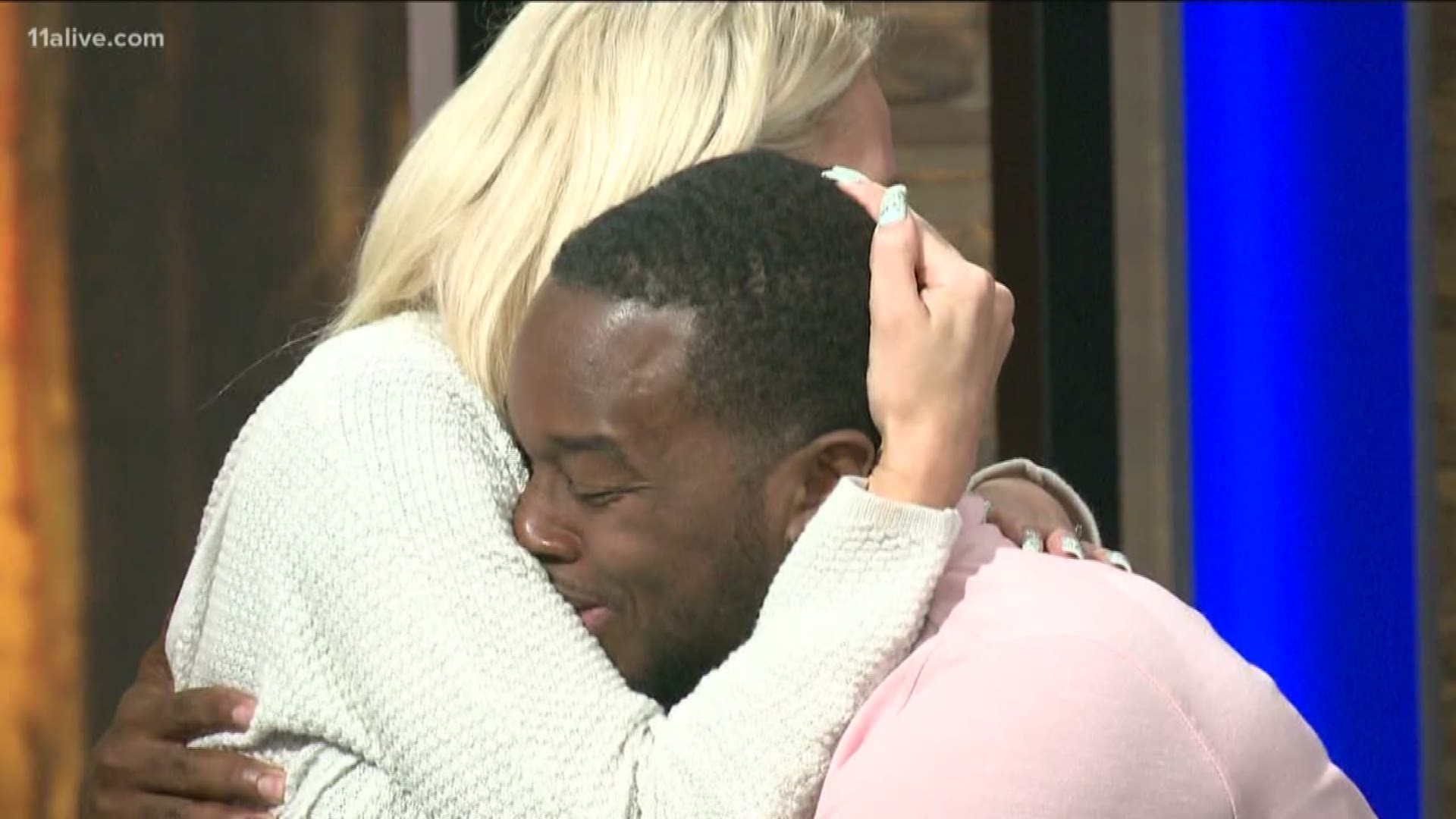 It's the day, one year ago, Dante Sipp found out that a stranger was willing to help save his life. It brought hope and joy to a day that he used to dread - and they've been family ever since.

"My granddad was like my best friend," Dante said. "My granddad passed away on Valentine's Day and I never really wanted to celebrate."

But he said Lauren Larrison gave him a reason to celebrate again.

So, naturally, Friday marks a big milestone for Dante and Lauren roughly a year after their kidney transplant. It was on this day that Dante received an unexpected Valentine's Day video.

"Hey Dante, my name is Lauren Larrison. You've never met me before," the video began. "But I've been following your story for the past several months."

11Alive had been covering Dante's journey, his hardship and the inspiration he became not only to young gymnasts he teaches but also to the parents and community in general.

"I was wondering if you would be my kidney recipient," Larrison said.

Someone was there not only to capture the amazing moment, but also the cheers from little gymnasts and the smile on Dante's face.

It was a family decision and gift that followed lots of thought and prayer.

"Dante, I feel like, shares my same spirit," Lauren said.

As such, there was no better place than the gym to hold their surprise meeting - finally in person. Just 29 days after the heartfelt message, Lauren would donate her kidney to this complete stranger. But, it was over these weeks that they formed an unbreakable bond.

It was an act that touched one life even as it saved another.

Now a year after it was put into motion, both Dante and Lauren are as close as ever and just getting started. And Dante he has been given back a reason to celebrate Valentine's Day.

'She is my heaven-sent': Kidney recipient and his donor march side by side in kidney walk

She gave him her kidney so he could live. They shared their story of faith on Easter Sunday