The statue has stood in the same spot near Main Street for 110 years. 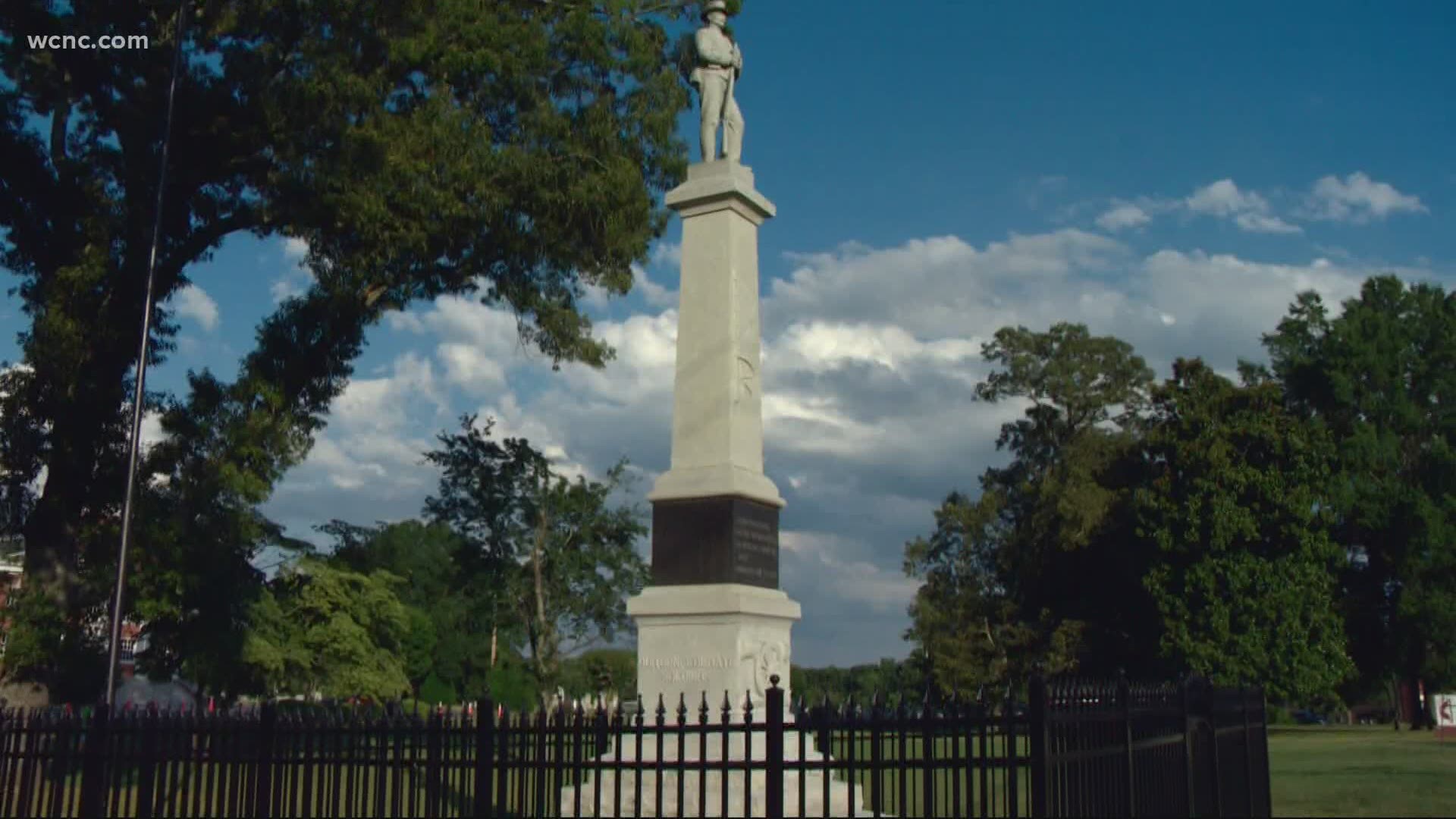 CORNELIUS, N.C. — A crowd of close to 100 people gathered Tuesday evening outside of Mt. Zion United Methodist Church in Cornelius to peacefully protest and encourage the removal of the confederate monument nearby.

Some community members are saying the time to act is now.

“People are looking for justice. We are looking for equality,” resident  Pam Jones said. “We don’t want to have a monument to white supremacy and racism standing in our community any longer.”

Member of Unity in Community Ronald Potts agrees. He said he’s hoping for a positive outcome based on the outpour of support at the protest.

“It’s the right thing to do,” Potts said. “I can tell how hearts are changing. Years ago you wouldn’t have gotten this crowd in North Mecklenburg.”

The Mt. Zion Monument Association has not yet made a decision whether or not to remove the statue, but in a statement, they said “Due to this climate, the association is exploring all options available to protect and save this significant part of the history of Mecklenburg County and the state of North Carolina.”

RELATED: The Chicks detail behind-the-scenes work to drop 'Dixie' from their name