One of the victims died due to injuries, and the other was transported with life-threatening injuries. CMPD doesn't currently believe the two cases are connected. 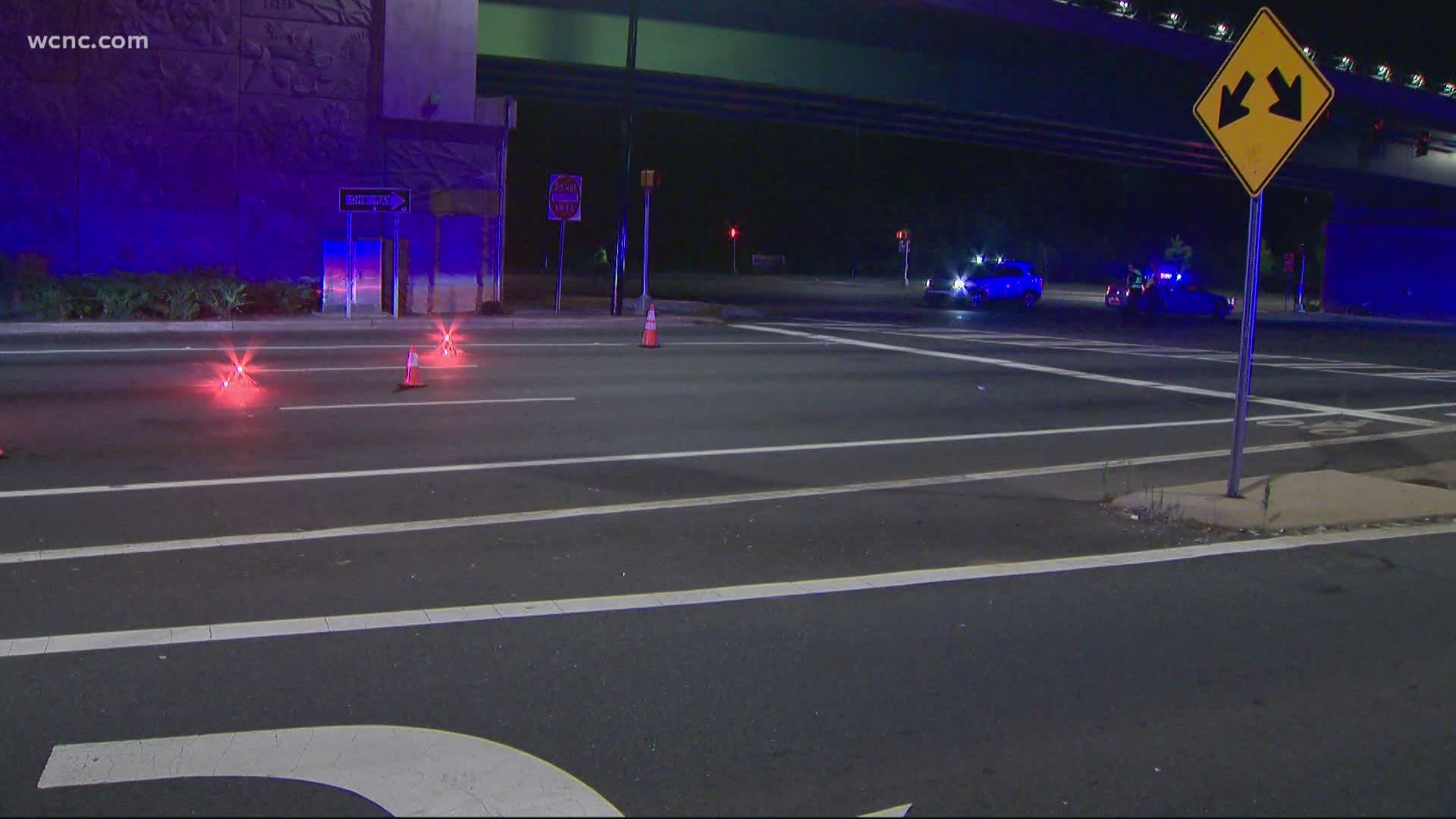 CHARLOTTE, N.C. — The Charlotte-Mecklenburg Police Department is investigating two separate hit-and-run incidents that happened about a mile apart and within an hour of one another. CMPD does not currently believe the two incidents are connected, however.

Around 4:35 a.m. Sunday, officers patrolling the area found 34-year-old Aaron Jenson Lyle in the roadway in the 7300 block of University City Boulevard. He appeared to have been struck by a vehicle. Medic and Charlotte Fire both responded to the scene, and Medic pronounced Lyle dead at the scene.

CMPD said in this case, the driver did not remain on scene. Police believe the victim was walking on the westbound side of University City Boulevard from North Tryon Street toward I-85 when he was struck. He was not in a crosswalk, and the part of the roadway was poorly lit.

CMPD is now searching for a silver 2009-11 Infinity G-35 of G-37 with a plate or temporary tag in the rear window. Police said the vehicle will be missing the lower right bumper or air dam area under the right headlight and could have windshield damage.

Around the same time, approximately 4:38 a.m.,  CMPD officers received a call to check the welfare of a man sitting down in the road in the 7400 block of North Tryon near Stetson Drive.

When they arrived, they found Thomas Daniel Moore in the road. CMPD said Moore had been struck by a vehicle, and the drive and vehicle involved had left the scene as well.

Medic and Charlotte Fire responded to the scene, and Medic transported him to Atrium Health Carolinas' Medical Center with life-threatening injuries.

In this case, police are searching for a Navy Blue Honda CR-V with either a front tag or a decorative front plate. CMPD believes there will be little damage to this vehicle.

There is no information at this time that would suggest the incidents are related, despite their closeness in both location and time.

Both investigations remain active and ongoing at this time. Anyone with information on either case is asked to call CMPD at 704-432-2169, or leave information anonymously with Crime Stoppers at 704-334-1600.

Flashpoint | Tackling the polls, absentee ballots and RNC plans ahead of the 2020 election

'We can stay safe from the storm and COVID-19 if we are ready' | NC Gov. gives update on preparations for Isaias