A petition to turn lights on at public tennis courts has reached 1,000 signatures in a week

"I don’t think COVID is more dangerous at night than it is during the day," Terri Sanz said 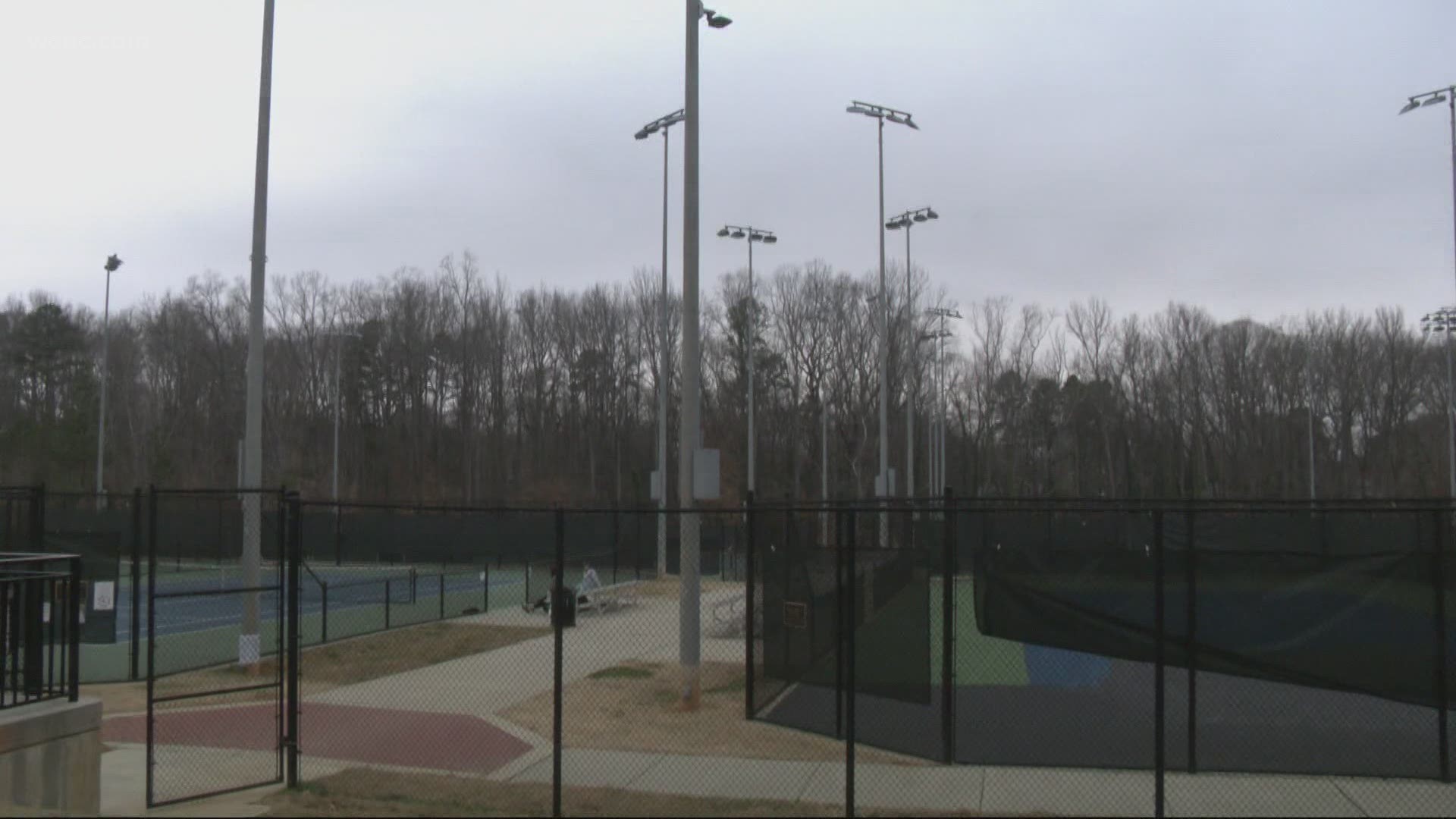 MECKLENBURG COUNTY, N.C. — A petition to turn tennis lights on at public parks in Mecklenburg County has reached 1,000 signatures in a week, with tennis players not understanding why tennis can be played in the daytime but not at night.

A Charlotte-area tennis league said they don't believe they're adding more risk because it's dark, and feel the petition highlights the frustration in the community.

“People are upset about this," Terri Sanz, who runs the tennis league Terri's Tennis Ladder, said. "I've heard from most players saying this is the only thing that’s keeping their sanity for the past year.”

Sanz said right now, they can only play so long as they have daylight because the county has kept the court lights off at night due to the pandemic.

"I don’t think COVID is more dangerous at night than it is during the day," Sanz said. "Unfortunately the people that go to school or go to work, the only time they can play is at night.”

Tennis players say it ultimately makes the courts more crowded during the day.

"It can get busy here during the weekends, so if you open those hours you have less people here at once," said Kate, a tennis player at Marion Diehl Park.

"Other tennis clubs, they’re using their lights, but I guess the public just can't use the public courts,” Sanz said. "We saw some people playing soccer on lit soccer fields and tons of people out there, it's confusing to people. People don’t know, they just see one facility and they're like, 'It's getting dark out here and I can't finish my match, and everybody's out here playing soccer.'”

It’s why Sanz started a petition to have the lights cut back on. It's gained 1,000 signatures in a week.

"If we couldn’t do this safely, we wouldn’t,” Sanz said.

"The county decided that that included keeping those lights off on all courts in all fields that belonged to the county," Harris said.

Sanz said she doesn't feel it's tennis players causing COVID spikes, but Harris said the directive will remain in place until Feb 28.