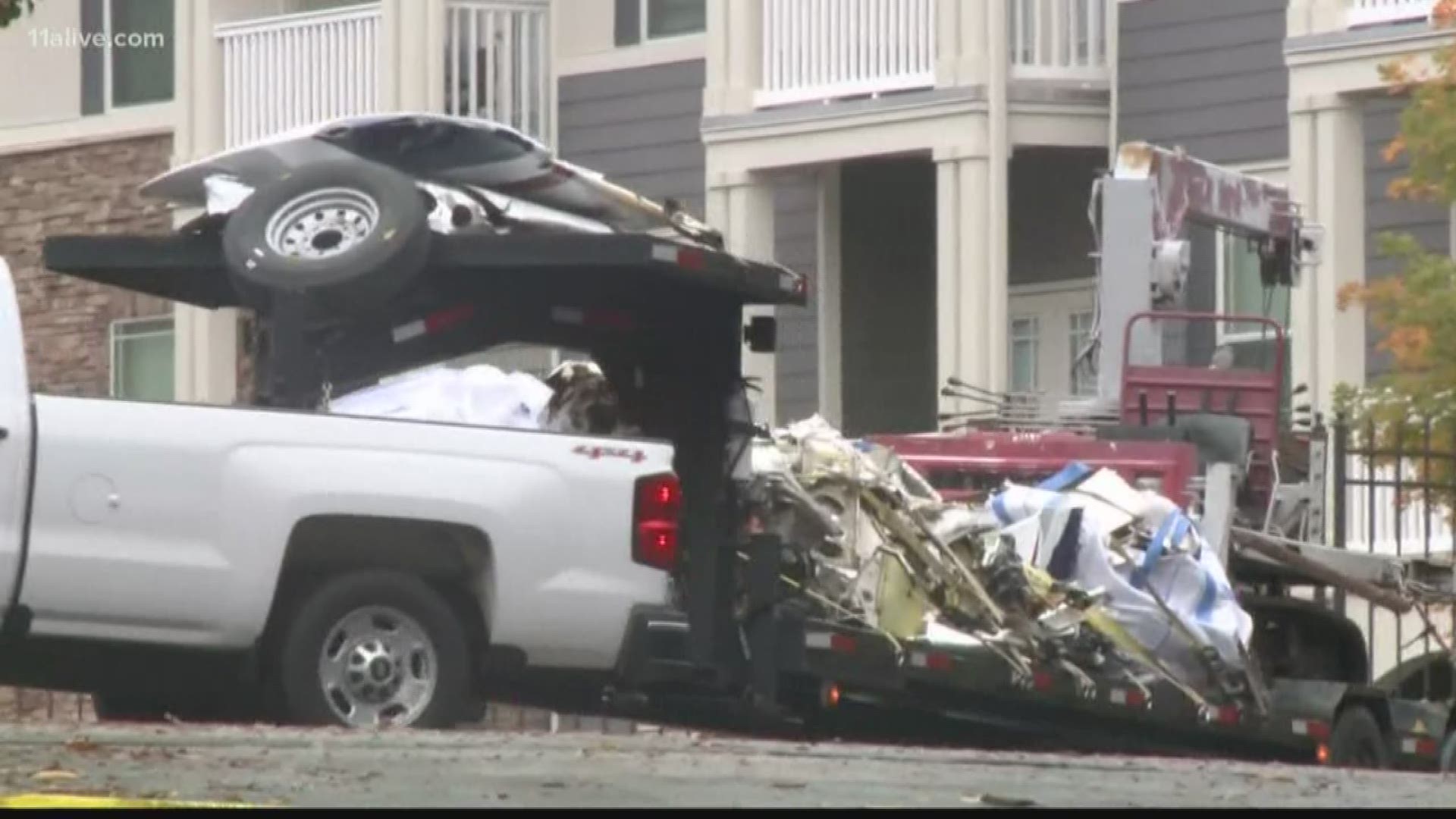 ATLANTA — The National Transportation Safety Board has released its preliminary report after two men from Salisbury died when their plane crashed into a townhouse near Atlanta's DeKalb-Peachtree Airport on October 30.

The single-engine Piper PA-28R broke up in mid-air before it slammed into the townhouse development, according to the initial NTSB report.

The NTSB report said the crash occurred 1.5 miles southeast of the airport. The plane struck the wooden roof of the townhouse structure near the rear wall, continuing through the second floor before coming to rest in the kitchen area.

The plane's owner, identified by FAA records as Alan Day Overcash of Kanaspolis, was not on-board at the time of the crash.

Officials identified those killed in the crash as 59-year-old Leslie Csanyi Jr., and 60-year-old Scott Robert Lowrie.The two men were from Salisbury, the plane's intended destination.

The plane's engine was found inside the crawl space and kitchen, while the fuselage and cockpit were discovered outside the back door, according to the report.

The NTSB said that the right main gear and sections of the right wing flap were discovered on the second floor of the adjacent unit. A portion of right wing tip was found on top of another residential building.

Within the overall debris field was a portion of the left wing tip, right aileron, horizontal stabilizer, vertical stabilizer with the plane's rudder attached by one hinge, the report shows.

The report said that the debris field itself was about 790 feet long.

Investigators recovered the wreckage from throughout the area for further examination.

According to the NTSB report, an instrument flight rules (IFR) flight plan had been filed for the flight which was set to go from Georgia's DeKalb-Peachtree Airport to Mid-Carolina Regional Airport in Salisbury.

The plane departed on an apparently normal heading after the pilot established communications with  DeKalb-Peachtree Airport's ground control and was advised of an overcast ceiling of 400 feet above ground level.

After departure, the pilot contacted the departure controller, who advised the pilot to climb to 5,000 and to turn northeast toward Athens, Georgia.

In addition, the controller told the pilot of precipitation extending about 10 miles toward Athens.

As the pilot got to 5,000 feet, the pilot experienced trouble turning and maintaining his route toward Athens, eventually advising the controller the plane had "...lost their vacuum gauge."

At that point, the report said, the plane turned briefly to the northeast before entering a right turn and rapidly descended to 3,700 feet.

The controller told the pilot to maintain "wings level" at 4,000 feet, but there was no response from the pilot.

The controller tried to contact the pilot again multiple times with instructions to maintain wings level, with no response from the plane before radar contact was lost.

No one on the ground was reported hurt.

White House Christmas tree to be delivered on Monday

More than half of same-sex couples cohabitating are married

'The last thing my camera & I saw before being tackled': UGA photo intern shares 'the' shot