NCACP said in a letter that children, spouses, and family members of those behind the badge deserve to hear support from state leaders. 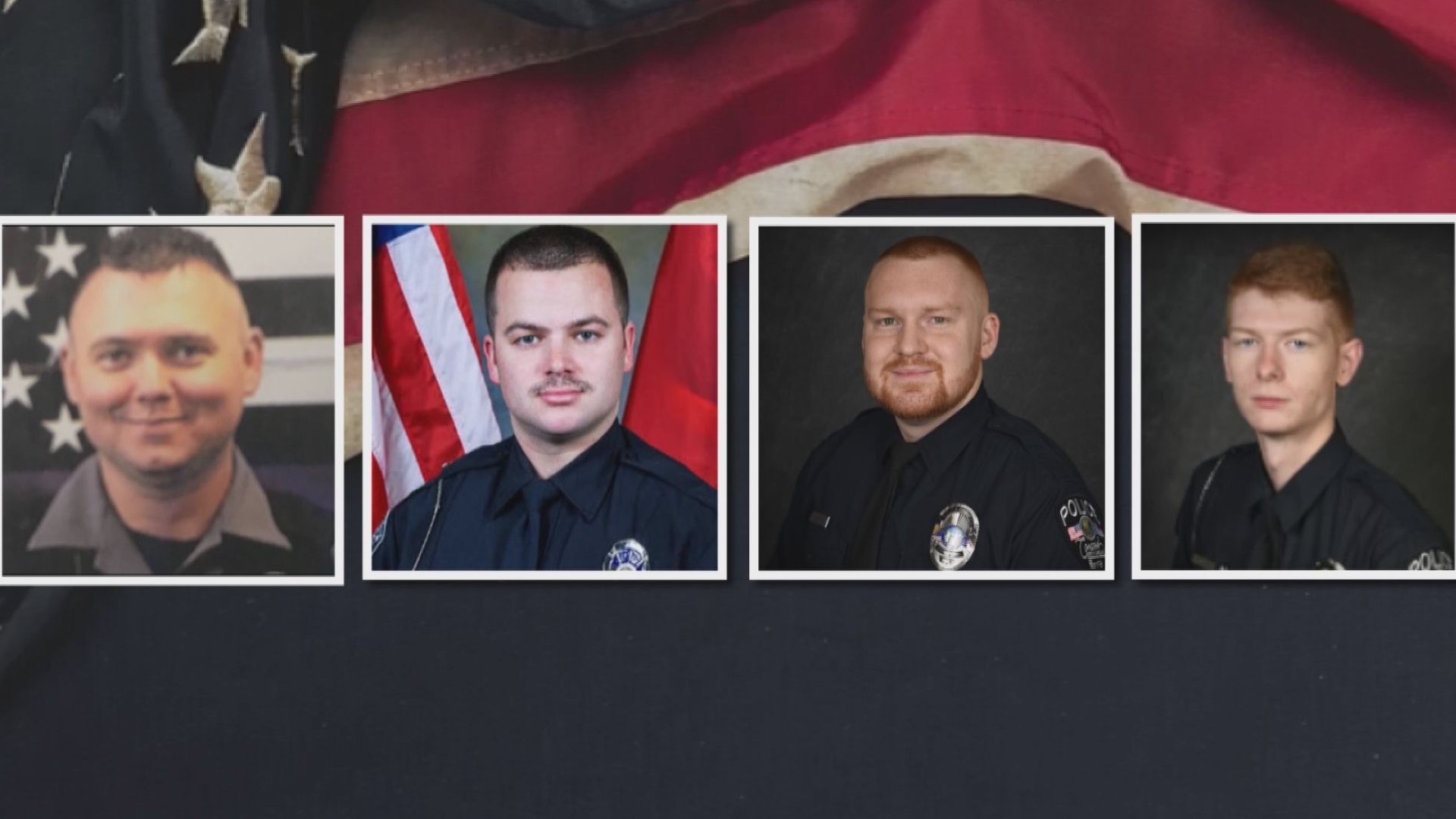 CHARLOTTE, N.C. — The North Carolina Association of Chiefs of Police (NCACP) is calling on state leaders to publicly acknowledge and condemn violence toward law enforcement.

The letter comes after four law enforcement officers in the Charlotte region were shot in the line of duty in a span of nine days.

Mount Holly Officer Tyler Herndon and Concord Officer Jason Shuping were shot and killed on the job in separate incidents.

Concord Officer Kaleb Robinson and Kings Mountain Corporal Frank Lee Whittington Jr. were both shot in separate incidents but are expected to survive.

The letter states, “…there is a deafening silence from State leadership concerning the escalating violence perpetrated against officers.”

Governor Cooper and Attorney General Stein both tweeted condolences following the deaths of Herndon and Shuping.

This week, we lost two 25 year-old police officers - Mount Holly Officer Tyler Herndon & Concord Officer Jason Shuping - killed in the line of duty while protecting their communities. We owe these officers & their families our most profound gratitude for their bravery & service.

Hess said there is a difference between sharing condolences and condemning acts of violence against law enforcement.

"Law enforcement wakes up every day putting our badge on not knowing if we'll go home to see our family. Imagine that,” Hess said. “Nobody else in this state has to live like that, and my family lives like that. Every law enforcement officer across this state lives with that. It would be nice to hear that our officials are asking to condemn violence against us. We're not the enemy."

During a press briefing this week, Gov. Cooper publicly condemned acts of violence against police.

"I want to recognize those communities that have seen law enforcement officers shot and killed in the line of duty in the past several weeks," Cooper said. "It is senseless and appalling. Violence can never be tolerated, especially against law enforcement. Our hearts and with you and those families. Calls to those families are some of the hardest calls that I make, and my prayers are with them and those entire communities."

According to law enforcement data, three officers have been shot and killed on the job this year in North Carolina, six in the past four years.

Randy Hagler, president of the North Carolina Fraternal Order of Police, said the number of police officers shot in the line of duty this year is concerning.

"Those numbers are alarming,” Hagler added, “and they're alarming for the men and women who wear the badge and do the job every day.”

Hagler said he would like to hear more support from local and state politicians about the need for officer protection given the current climate.

While every situation is different, Hagler is an advocate for longer prison terms for people who have proven to have a propensity for violence as a solution to cut back on the crime numbers overall and against police.

“These career felons that are being arrested and charged with violent crimes need to be where they’re supposed to be and in custody for longer periods of time,” Hagler said. “I believe that would slow some of this down.”

Ultimately though, Hagler said he believes treatment and behavior toward police officers should start at home.