Police prepare for protests in Columbia ahead of inauguration

The South Carolina State House is barricaded and will be closed through Wednesday as a precaution. 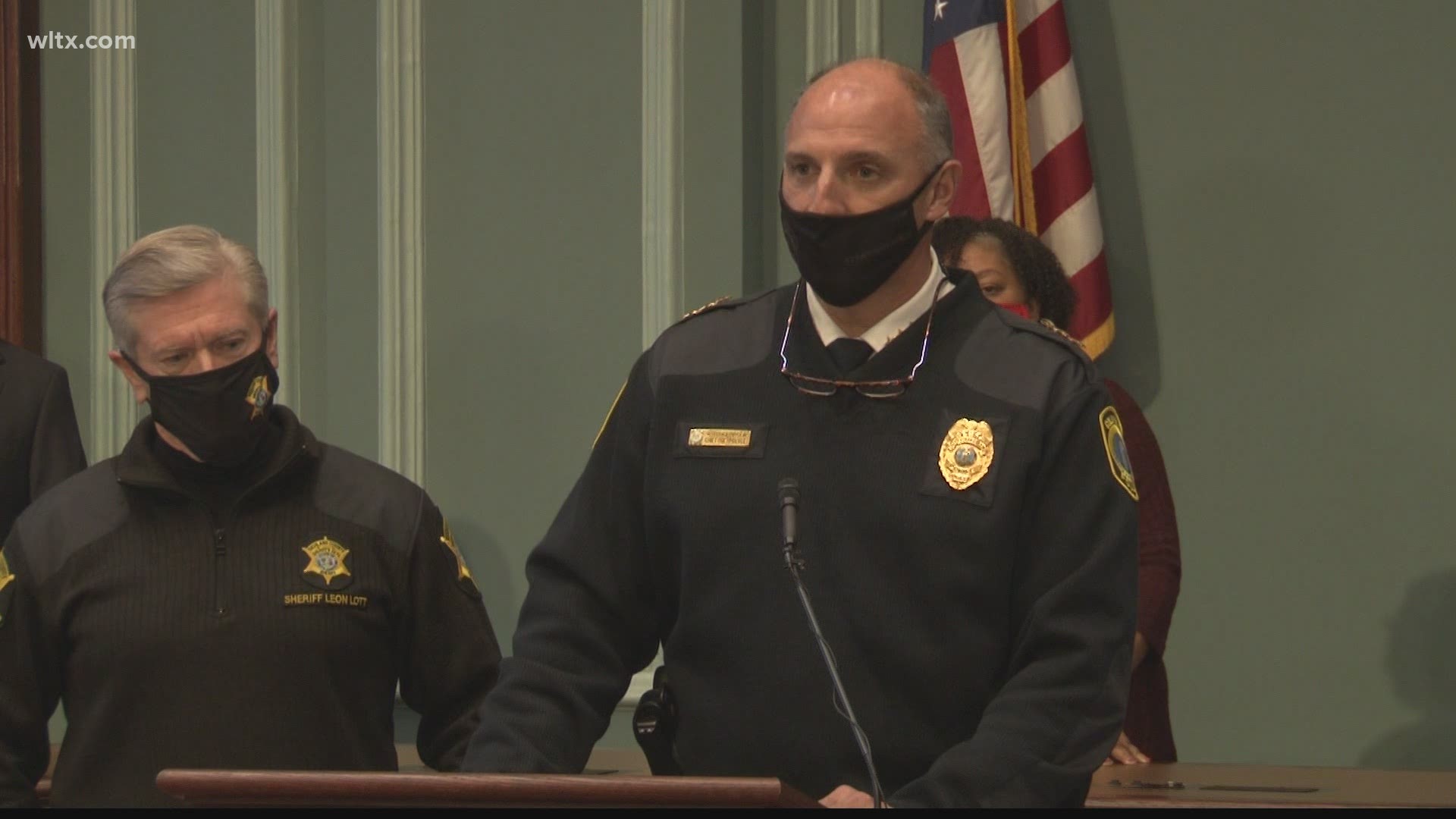 COLUMBIA, S.C. — On Friday, Columbia Police and the Richland County Sheriff's Department shared how they plan to handle potential protests leading up to the Presidential Inauguration.

They, along with city and county leaders, assured the public they're prepared for any civil unrest that may occur. This comes after an FBI warning of possible armed protests at all 50 state capitols.

The State House in Downtown Columbia is now barricaded on all sides as a precaution.

"Every preparation is being made to ensure the safety of our citizens and their property as concerns of planned protests continue," said Columbia Mayor Steve Benjamin.

He added that if people plan to protest, their First Amendment rights are sacred and will be protected, but violence won’t be tolerated.

"As we often say, all hands on deck," said Columbia Police Chief Skip Holbrook. "Our goal is to have high visibility to again, provide that reassurance to our business community. Our operational picture really begins Saturday and will go through Wednesday."

Chief Holbrook: We are there to support and protect those exercising their First Amendment right but we will not tolerate any violence.
He says his department will have an “all hands on deck” situation Saturday-Wednesday. pic.twitter.com/svC65OnJcr

RELATED: SC police beefing up security at the State House after FBI warning

Holbrook said Columbia PD is working with the Richland County Sheriff’s Department to monitor possible crowds. He said they’ll have K9 and aviation units on deck as well.

"We do not have any credible threats that anything’s going to happen here in Columbia," assured Sherriff Leon Lott. "But if it does, we’ll be ready for it. Since this past summer, we’ve trained, we’ve equipped our people better and we’re better prepared. So, if something does happen, you’re going to see us address it very quickly and very effectively."

Lott said they’re working together as one unified team to ensure safety for everyone.

The State House will be closed from Saturday to Wednesday and police are encouraging people to avoid going downtown if possible.

Mayor Benjamin also said if things get out of hand, he won’t hesitate to enact a citywide curfew. The city has restricted public access to major business buildings downtown and several parking decks. Learn more here.