Reverend Justin Martin says he was part of the protests on June 2, and hopes the release of these videos will bring about change within the department. 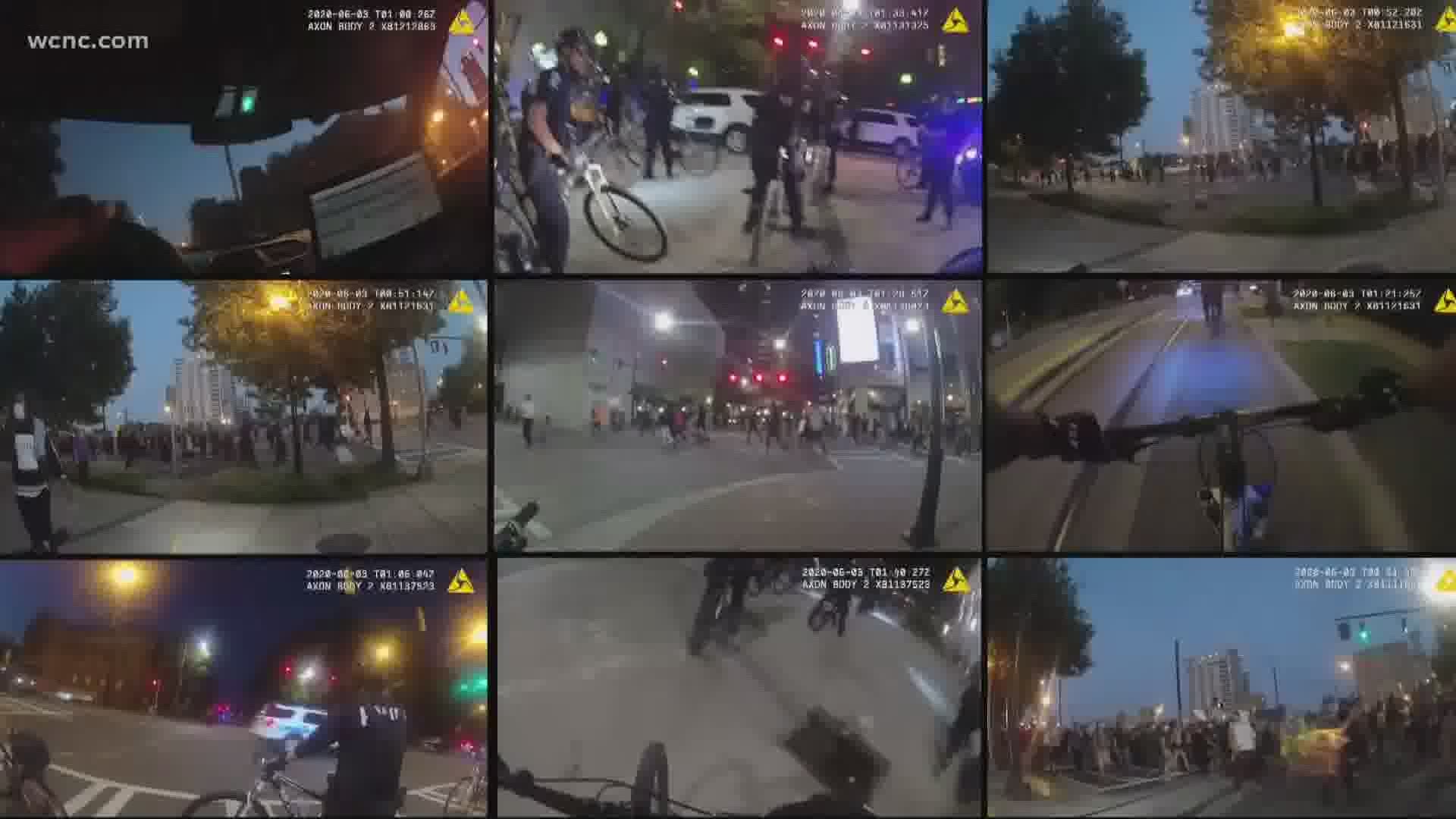 CHARLOTTE, N.C. — A Charlotte pastor is speaking out after the Charlotte-Mecklenburg Police Department released body camera footage from a Black Lives Matter protest in uptown Charlotte on June 2.

A Facebook Live video streamed that night by Queen City Nerve showed protesters becoming trapped by officers deploying tear gas. The bodycam footage marked the first time the public saw the perspective of the officers from the night of the protest.

RELATED: 'Wave goodbye. They're all about to be gassed.' | CMPD releases bodycam footage from protests

Reverend Justin Martin says he was part of the protests that day.

He said he was tear-gassed followed by police using flashbangs without any warning. Reverend Martin says he hopes the release of these videos will bring about change within the department.

CMPD Chief Johnny Jennings said following an internal review there was one supervisor who made unprofessional, insensitive and unacceptable comments during the protests. Jennings said that Police Sergeant has been disciplined per department policy.

Chief Jennings also said the actions by CMPD the night of June 2 may have been within policy at the time, however, the department has made some changes and improvements since the incident.