The arrest happened around 9:30 p.m. Monday shortly after police had dispersed a group of about 50 protesters. 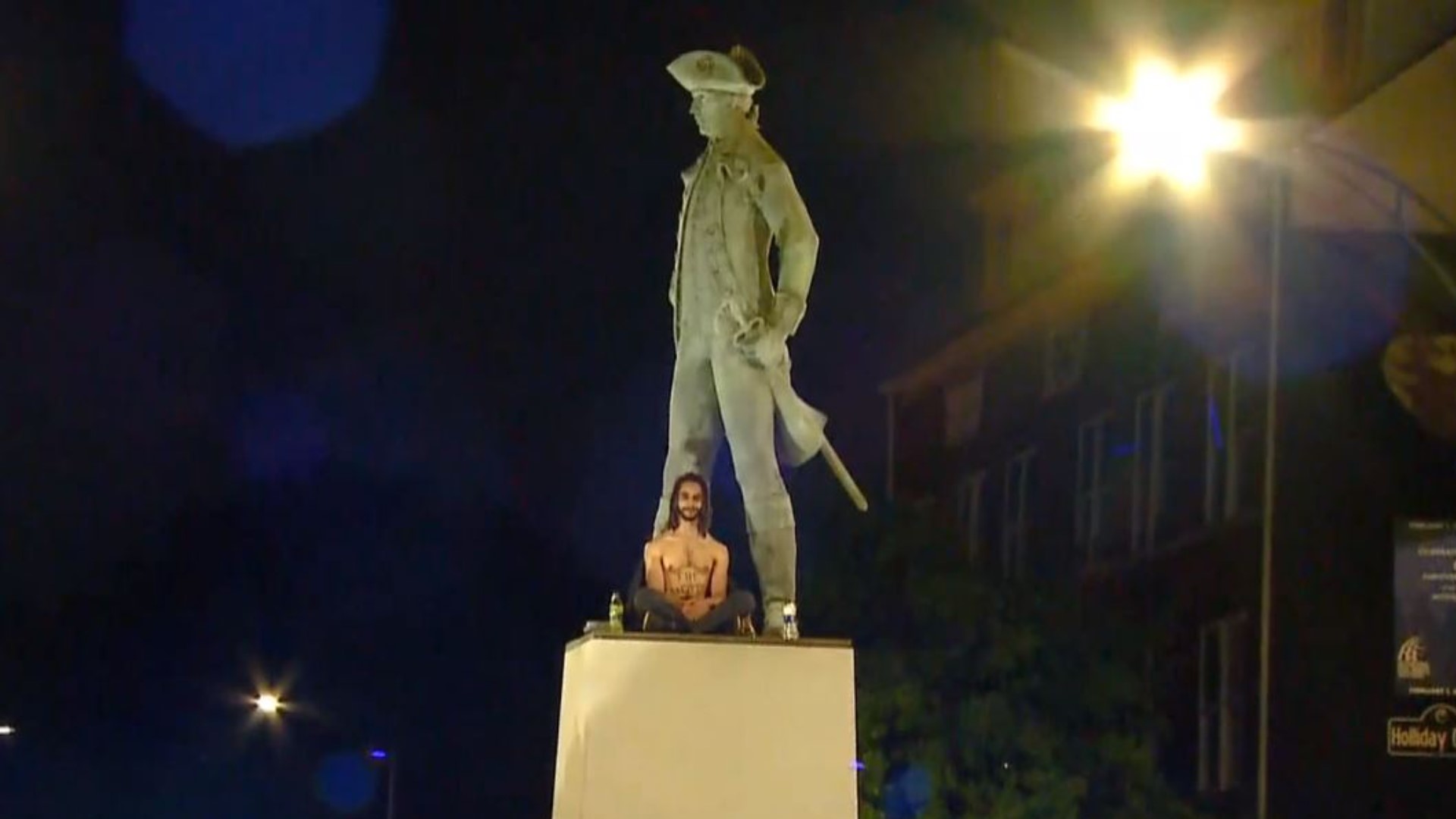 GREENSBORO, N.C. — Greensboro police arrested a protester who climbed atop the base of the Nathanael Greene statue Monday night.

The arrest happened around 9:30 p.m. shortly after police had dispersed a group of about 50 protesters.

The shirtless man who told WFMY his name was Malik Davis. He was taken into custody by Greensboro police with the help of a ladder truck from the fire department. Davis who was seated cross-legged had with him two small bottles of water. Before his arrest, Davis said he planned to be there all night. He had written a message on his belly which simply read 'The Constitution'.

When asked why he was up there, he was brief and simply said, "You know why...it's time."

The 'why' that Davis and many others in the Triad and the country are protesting, on the other hand, is not so simple. Police brutality, racial injustice, and systematic inequality have over time led to tragic outcomes for many black people across the country. Protests recently sparked across the country over the death of George Floyd after a viral video showed a police officer casually kneeling down on his neck. Floyd later died.

An independent autopsy found that the weight on Floyd's back, handcuffs, and positioning were contributory factors because they impaired the ability of Floyd's diaphragm to function, according to the report.

On the third day of demonstrations in Greensboro, albeit brief, protesters chanted 'Black lives matter' and 'No justice, no peace' amongst other slogans. They stood in front of the International Civil Rights Center and Museum in defiance of a city-wide curfew that kicked in at 8 p.m. After several announcements over the loudspeaker to vacate the area, the police in riot gear moved in and pushed back on the protesters down Elm Street.

In a show of force to enforce the curfew, the police took more ground from the protesters as they pushed down Elm Street toward the train tracks. The dramatic scene went on for about 45 minutes until the protesters dispersed through a city parking lot and left the area past the statue.

There was one other arrest, but overall, the protesters remained peaceful and didn't come into any direct confrontation with police nor property.

RELATED: A black journalist's reflection after a couple of days of protests | My 2 Cents