Witness who recorded dental hygienist's arrest at Lenox Square: 'I don't know how she was able to get up'

The officer involved is now being accused of using excessive force. 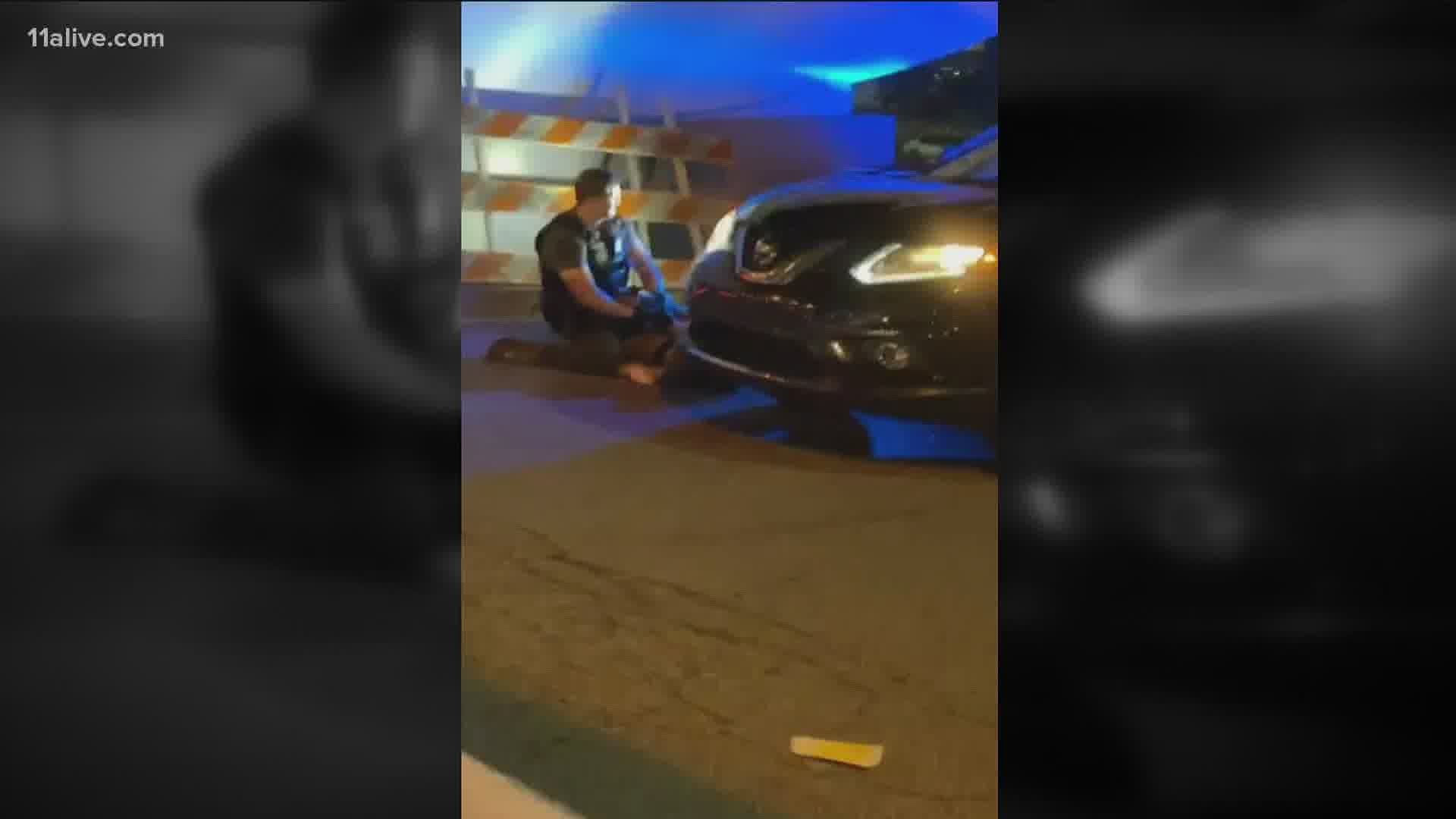 ATLANTA — A witness who said she saw the controversial arrest of a dental hygienist by an Atlanta Police officer during protests two weeks ago is coming forward.

Heather Upham spoke to reporters Friday afternoon about witnessing the arrest of Amber Jackson at Lenox Square during the first weekend of protests in Atlanta.

Upham recorded the whole confrontation on camera, which showed the officer picking Jackson up and slamming her to the ground. That officer is now being accused of using excessive force.

"I don't know how she was able to get up," Upham said.

The arrest happened May 29, as protests in the area, sparked by the murder of George Floyd, grew out of control.

Jackson, who spoke about her arrest last Friday, said she had just finished protesting and was trying to leave the mall parking lot when the altercation happened. The 24-year-old is engaged to the grandson of civil rights leader Hosea Williams; the grandson in the car at the time with Jackson. An incident report from Atlanta Police said she and her fiancée told officers they weren’t there to loot but had parked at MARTA to go to the protests.

RELATED: 13 teens arrested after burglary, chase during protests in Athens

Police said Jackson was trying to move a barricade, and when they confronted her about it, she refused to get out of the car. When she did so, police said they tried to detain her.

She said she was also leaving the protest and wasn't far from Jackson. She said when the officers pulled up behind Jackson's car, her gut instinct was to pull out her phone, and once she saw what happened, she was glad she did.

"I saw two Atlanta Police officers pull up behind them and yell at them to get out of the car," Upham recounted. "Once they made contact with the couple, one officer dragged the woman out of the car with excessive force and body-slammed her to the ground."

Body camera video also captured the confrontation, and it also recorded the officer saying the word, "stupid," as Jackson, who said she broke her clavicle when she was thrown, was being pulled up from the ground.

Upham said she didn't feel that the amount of force used was necessary.

"I do not feel the actions of moving a barricade to get away from the protest call for this type of behavior exhibited the officer," she said.

The officer, who hasn't been named by Atlanta Police, is on administrative assignment as his actions are being investigated by the department's Office of Professional Standards to determine if he violated any department procedures.

Jackson's attorney, Mawuli Davis, said the punishment, for now, is too light.

"You're sitting down and getting paid after body-slamming a 138-pound young lady and breaking her clavicle and you get desk assignment," he said.

Jackson and her fiance were ultimately let go with citations as the officers hurried to other reports of looting in the area that night. Meanwhile, the witness, Upham, said she hasn't been contacted by police to speak about what happened.