The $11 million project would provide a car-free route for walking and biking into uptown from South End. 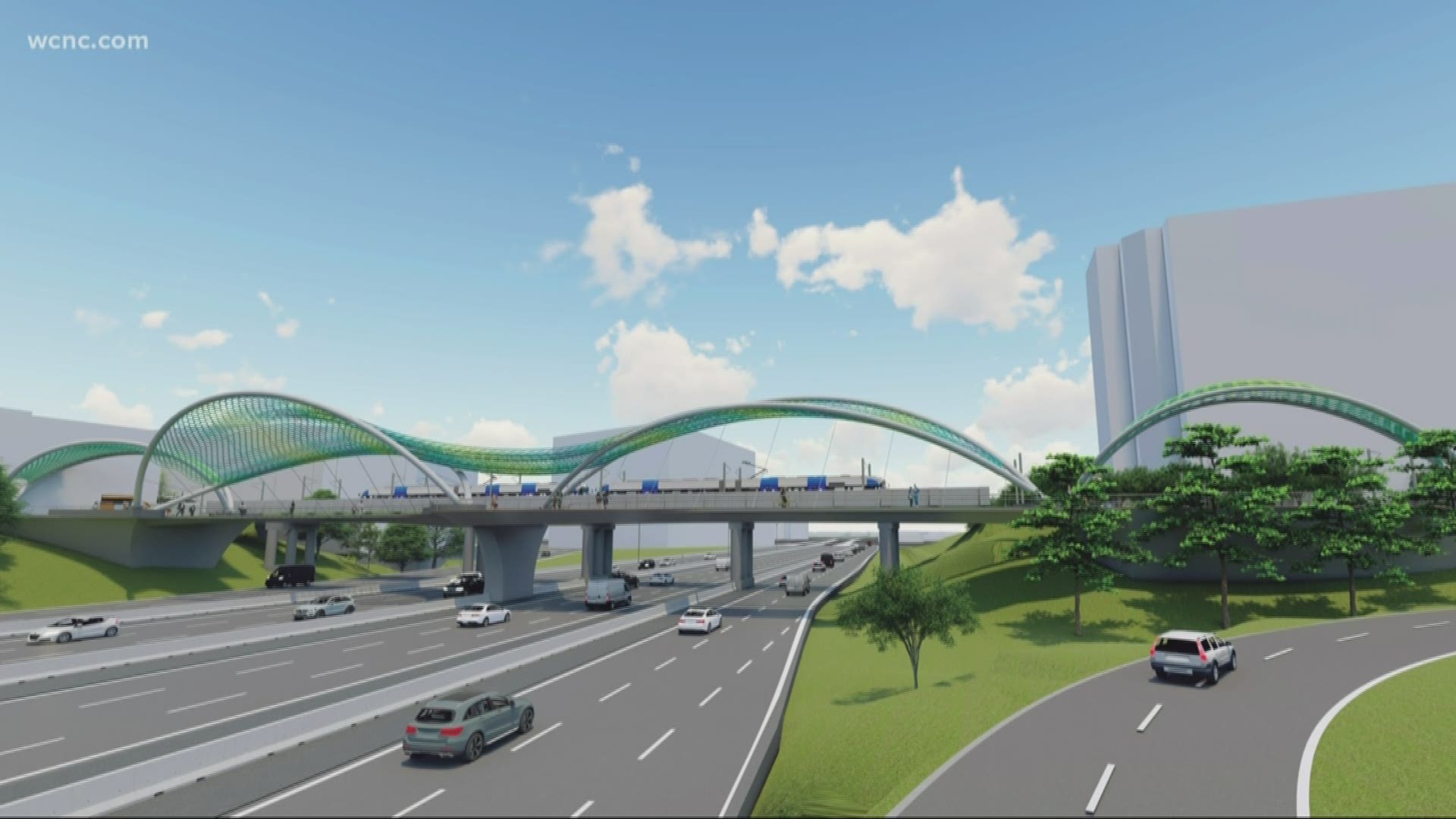 CHARLOTTE, N.C. — Plans are moving forward for a pedestrian bridge that would connect two of Charlotte's most popular areas.

Charlotte leaders held a public meeting Thursday to gather opinions on a bridge that will link the Rail Trail in South End and uptown across I-277.

The developers behind the project said it's not just about convenience, it's also a safety issue.

"This bridge coming in kind of gives that opportunity to make that connection and get rid of that barrier that 277 has provided for pedestrians to easily get in from South End to uptown," said Dan Leaver, program manager for the City of Charlotte.

At the public meeting, city leaders asked for public input on two different potential designs: One featuring a single span, the other featuring a double span.

The Rail Trail is currently one of the busiest places in Charlotte for people to walk, bike, or run but it ends just north of Carson Boulevard.

If you want to continue into uptown, you have to take College Street or Morehead Street, but there are cars. The pedestrian bridge would cross over I-277 from the Blue Line Stonewall Station to where the Rail Trail ends at Carson Station.

"Because of my job, I work throughout South End and uptown a lot, so I'm always on the Rail Trail," said Robert Goldschmidt. "A bridge sounds pretty cool."

Leaver said construction is expected to start in early 2021, with the goal of being open to the public by early 2023.

RELATED: Woman warns others not to walk Rail Trail alone