"The good news is the rain is eventually going to move out," said Brad Panovich. "Bad news is, it will [end] well after the evening commute is over." 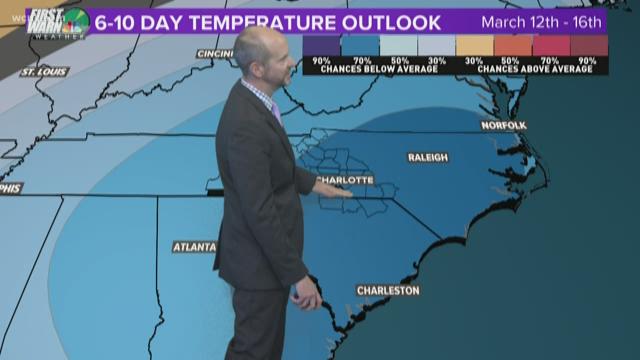 CHARLOTTE, N.C. -- The heavy rainfall may be behind us for the night, but NBC Charlotte's First Warn Storm Chief Meteorologist Brad Panovich says commuters in the Charlotte area should expect our roads to remain slick.

Panovich said rain is expected to continue well after the evening commute.

"The good news is the rain is eventually going to move out," Panovich said. "Bad news is, it will [end] well after the evening commute is over."

Panovich said Charlotte will be under a 90 percent chance of rain around 6 p.m. and the percentages are expected to drop to 80 percent at 7 p.m. and down to 50 percent and hour after that.

Chances of precipitation in the area are expected to drop to 20 percent and lower after 9 p.m.

Charlotteans should expect to wake up to freezing temperatures Wednesday morning, with highs expected to go up to the 50s later in the day.

"Winter is not done just yet," Panovich said.

As the rain continues to bring in slick road conditions, Panovich took to social media to remind our viewers to keep their lights on and their wipers on when they hit the road.

"It's the law," Panovich said in a Facebook post. "I know many have automatic lights so you need to manually turn them on in the rain."

Stick with WCNC.com for the latest forecast.