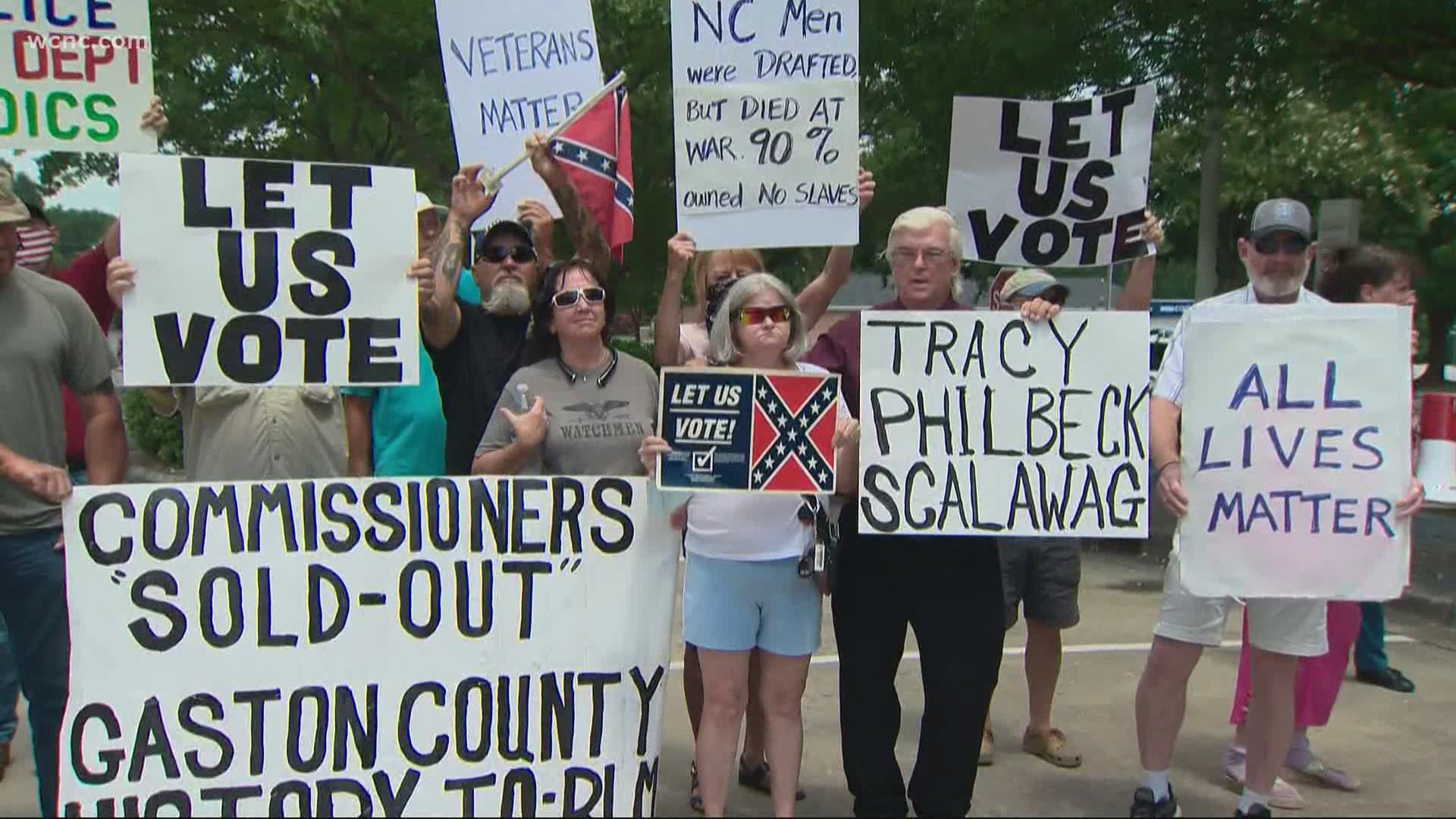 GASTON COUNTY, N.C. — In Gaston County, a group gathered Saturday to call for the Confederate statue outside the courthouse to stay where it is. It comes just days after the Gaston County Commission voted to have the monument removed.

"This is not a symbol of racism, this is a symbol of men who were drafted and followed their commitment," William Carter, organizer of the rally said.

Carter is now considering legal action to stop the monument from being taken over and moved by the Sons of Confederate Veterans.

"This statue doesn't belong to the SCV, this statue belongs to the people of Gaston County," Carter said.

Earlier this week, County Commissioners voted 6-1 to move the Confederate monument. The County will foot the bill. The final decision came after a long meeting that presented both sides. Still, Carter says it wasn't done fairly.

The statue now belongs to the Sons of Confederate Veterans who have to find a more appropriate location for the monument, to honor Confederate soldiers.

The commissioners' vote came after state lawmakers refused to allow voters to make the decision in a referendum. The group that gathered Saturday are asking for a chance to vote on the matter.

"Do the people of Gaston County have a voice anymore? I don't think so," Carter said.