Veterans with PTSD ask you do this when shooting off fireworks

Veterans with post traumatic stress disorder welcome fireworks on July 4th, but ask for courtesy at other times. 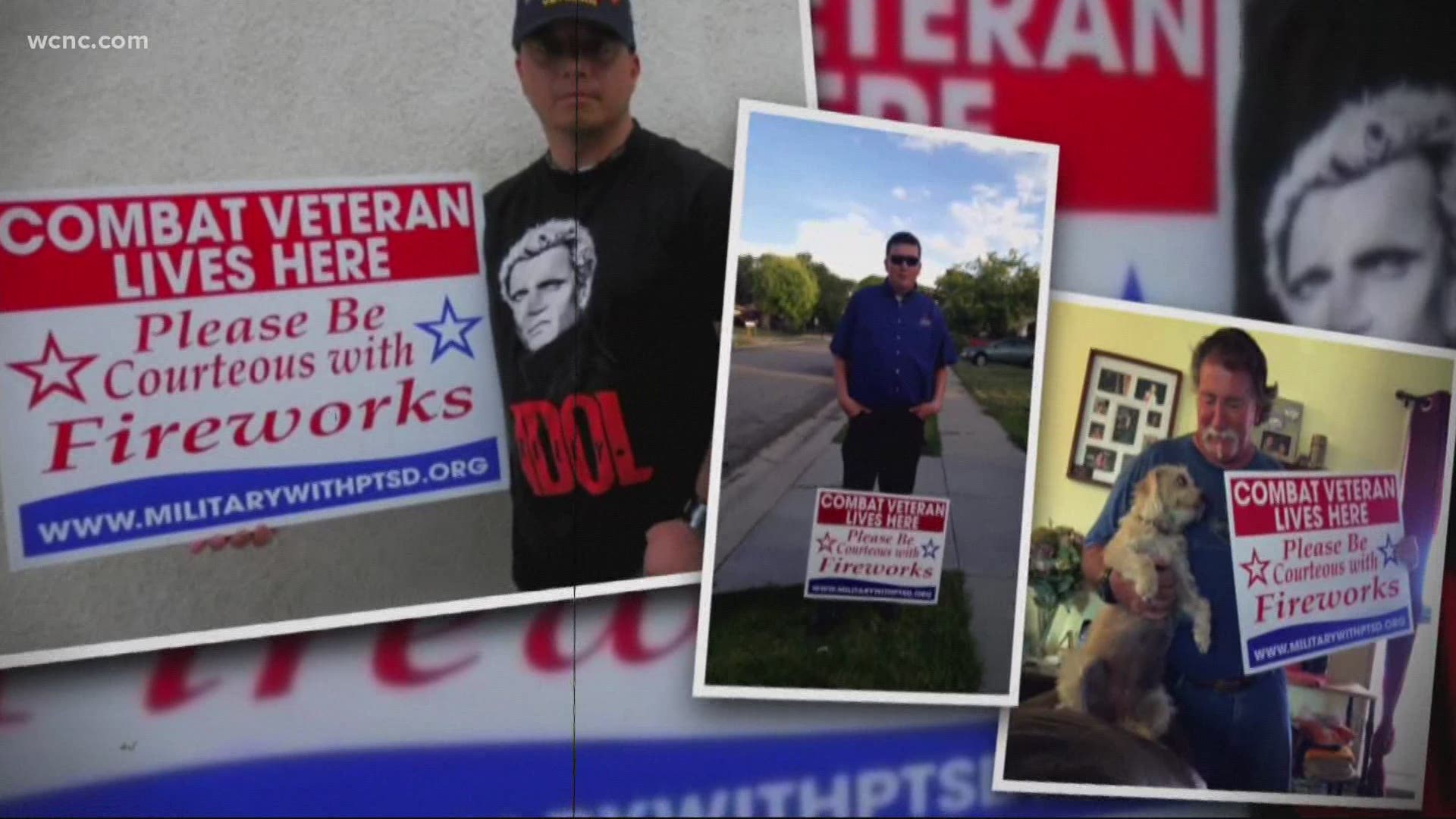 CHARLOTTE, N.C. — Fireworks are a staple of Fourth of July celebrations, but they can have unintended consequences for combat veterans with post traumatic stress disorder.

WCNC Charlotte spoke with veterans who said the the sound of fireworks is expected on the Fourth of July - - but civilians who shoot them off at random times and days before and after the holiday can be a source of real anxiety.

You may see signs in veterans' yards asking for courtesy when shooting fireworks.

Their intention is not to dampen the celebration, but to raise awareness: random, unexpected fireworks may be triggering.

The week of the holiday, some veterans opt for time away at designated firework free campsites. Others choose to stay indoors.

And while they say it is an honor to see a nation loudly and proudly celebrate freedom, a little courtesy can go a long way.

If you are a combat Veteran struggling with PTSD, please reach out by calling 1-877-717-PTSD (7873). Another combat veteran will answer the call.

You can learn more about the PTSD Foundation of America North Carolina chapter here.

RELATED: Where to watch July 4th fireworks on TV, online this year