Had the inspection not happened the moment it did, someone would have eaten that fish. 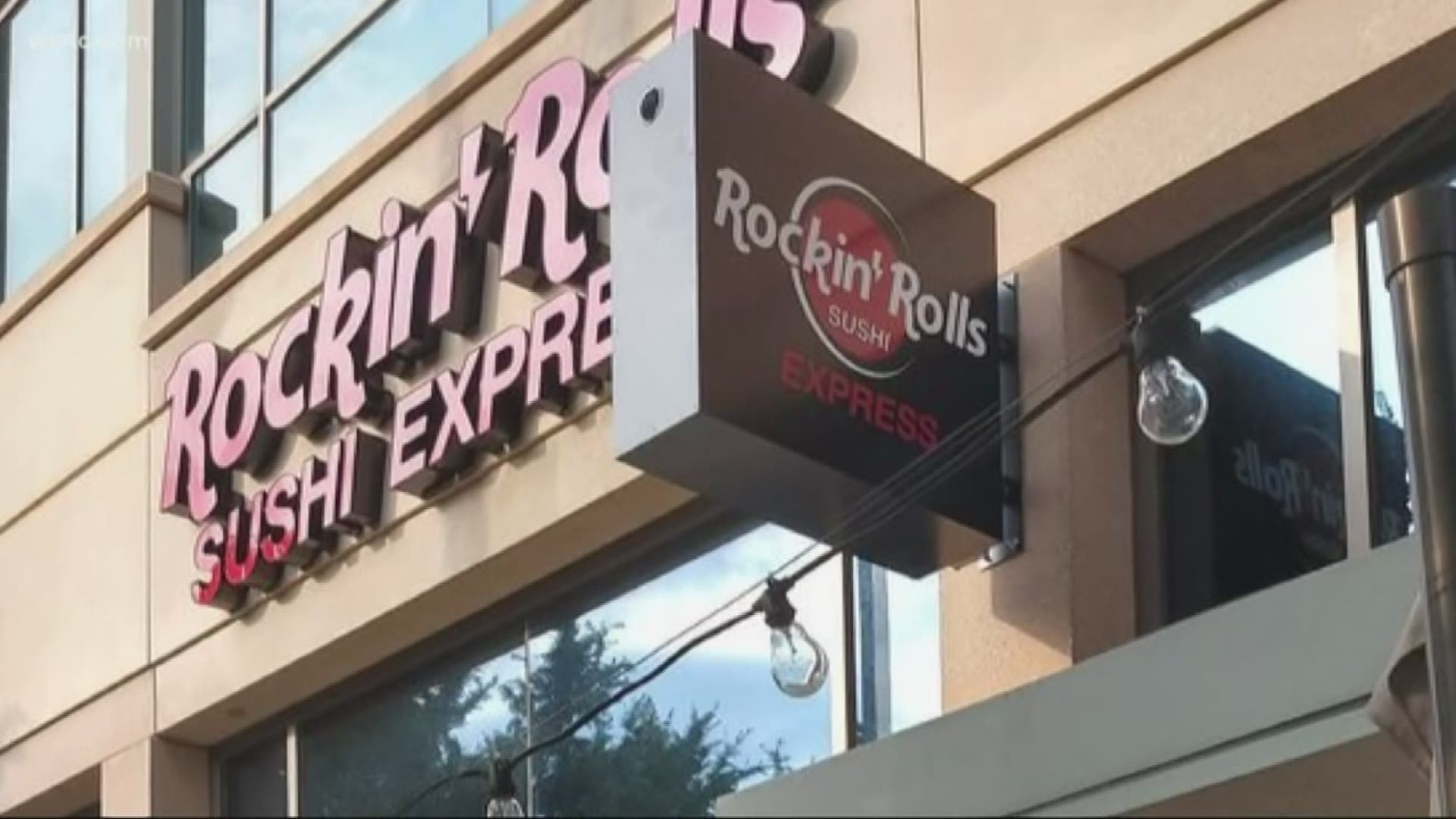 CHARLOTTE, N.C. — We've seen some really disgusting things on the restaurant report card, but what a health inspector found in the kitchen of a Charlotte sushi restaurant might be the worst yet.

If you're heading out this weekend for lunch or dinner, you'll want to make sure you're up to speed on the health inspection reports of your favorite restaurants.

First up is at the Rockin Rolls Sushi Express on Elizabeth Avenue. They had multiple employees going from task to task, some handling dirty things, and they never changed gloves or washed their hands. Also, some of their utensils were dirty, speaking of which, the inspector noted the person in charge didn't know when the sushi roller was last washed, cleaned or sanitized. We're talking about fish, here.

Their grade? An 87.5, and that's a B. Click here to view the full inspection report.

Next up is the Bistro on West Woodlawn. They had raw bacon being stored with ready to eat muffins, and some of their ready to eat food was undated. Since no one knew how old it was or when it was open, they had to throw it out. Those items included cooked chicken, cooked sausage and scrambled eggs, as well as ricotta and goat chese.

The grade at the Bistro? An 83.5, that's a lower B. Click here to view the full inspection report.

Last up this week is Hef's Bar and Grill on Sardis Road North. Some of their dishes were dirty but marked clean. And some of their food, like pasta that was cooling from the night before, was still above 41 degrees. Food has to be chilled below a certain temperature in two hours or less. So, they threw it in the trash.

Their grade at Hef's? An 88, that's a B. Click here to view the full inspection report.

RELATED: Restaurant Report Card: Cockroaches spotted on the walls of this kitchen in Ballantyne