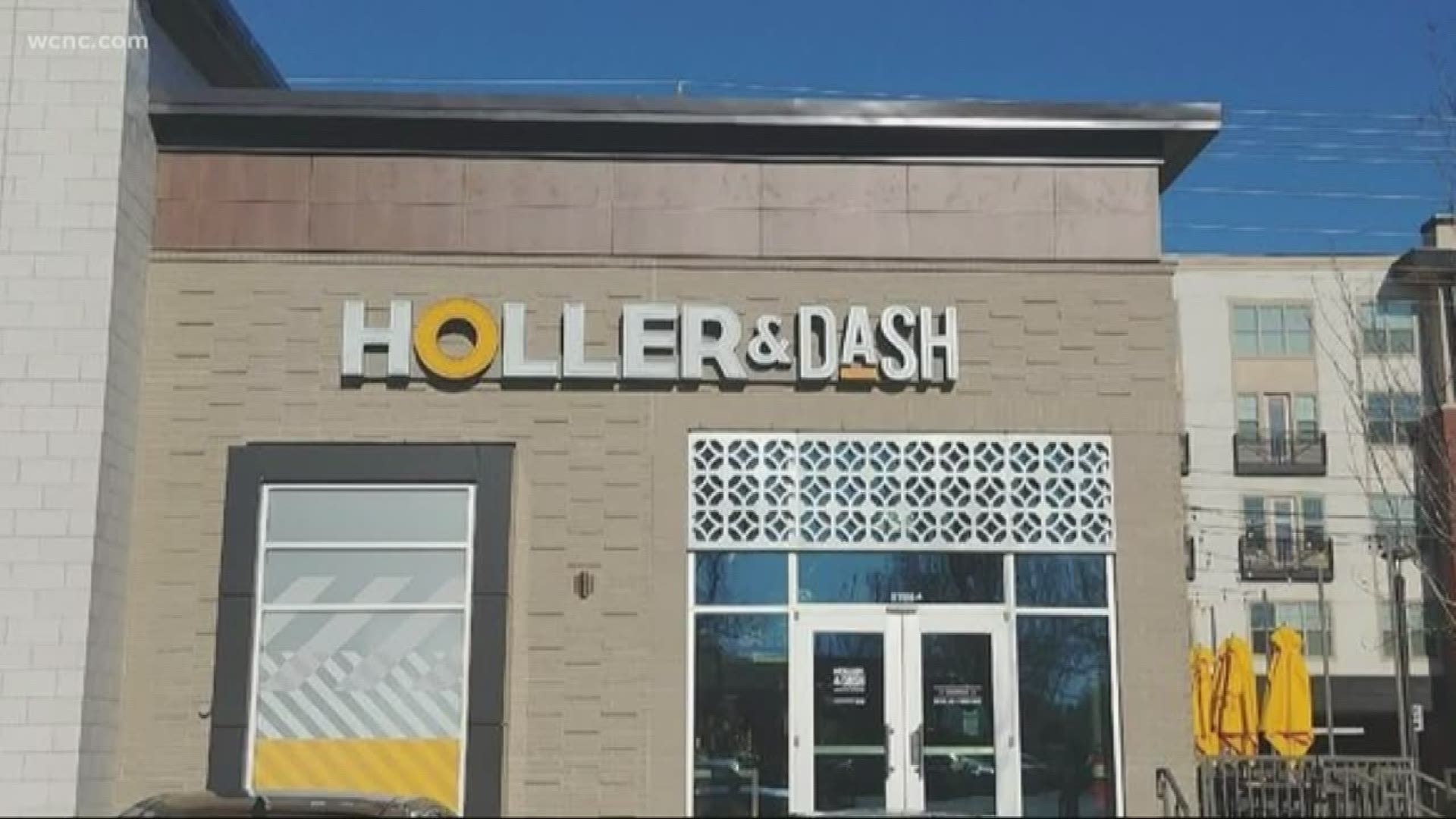 CHARLOTTE, N.C. — Several popular places in Charlotte landed on this week's restaurant report after getting grades that should be higher given their amount of traffic.

In terms of violations, it's a lot of little stuff that adds up to lower their scores.

First up this week is Holler & Dash on South Boulevard. The popular biscuit spot in Charlotte's South End saw their score drop to an 81.5, which is a low B. It appears to be a lot of little violations. For example, they, like many others we see each week, had hand washing violations. At Holler & Dash, employees were washing their hands and recontaminating them by touching the faucet with their bare hands.

In the food prep area, they were storing raw chicken and pork over milk and eggs. They were told to move those items to lower shelves to avoid cross-contamination. They also had items that were undated, including milk and kale. The milk was thrown away, as was the kale, which had a package date that said, "yesterday."

Again, their grade was an 81.5. Click here to view their full inspection report.

Next up is a popular spot on Tryon in uptown. La Belle Helene didn't have a  stellar inspection as the inspector noted an overall lack of control in their food prep process. They had an employee plating food with bare hands. That employee also touched some chicken, so it was thrown away. Their cold hold had issues, too. Their blue cheese stuffed olives, some cream, egg halves and provolone were all holding above 41 degrees.

The grade at La Belle Helene was an 87.5, that's a B. Click here to view their full inspection report.

Last up this week is B Good Tryon on Tryon, of course. They had an employee handle a raw egg, then prepare a smoothie with no glove change. They also had whipped feta and almond milk holding above 41 degrees. The milk was put in a cooler and the feta tossed.

Their grade was an 87.5, that's a B. Click here to view their full inspection report.