Some of the ready to eat foods were missing date marks, which are used to know what foods are still safe to serve. 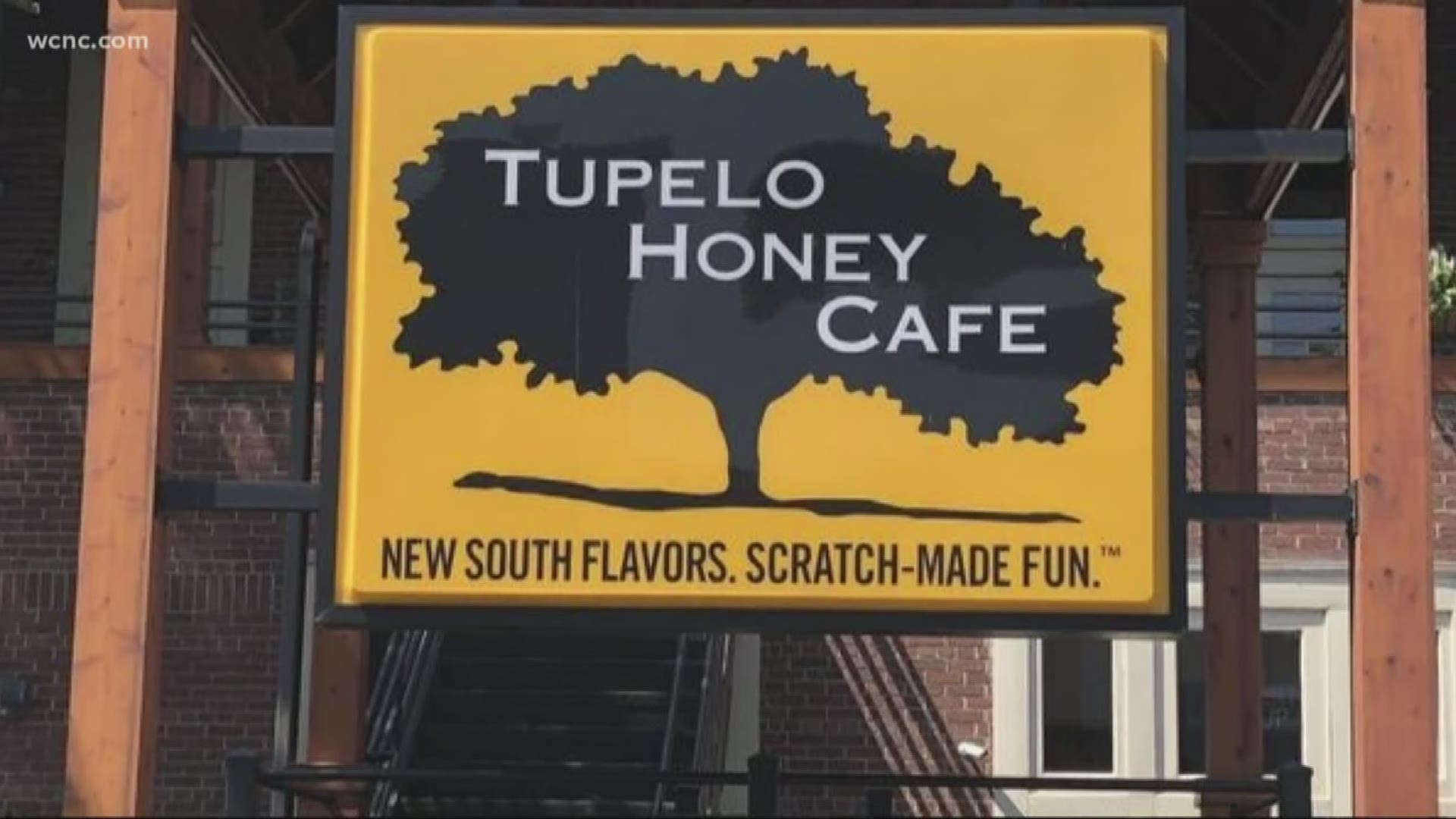 CHARLOTTE, N.C. — If you've had your fill of holiday leftovers, you might want to spend the first weekend of the new year by treating yourself to dinner. And before you make reservations, you'll want to check out the health inspection reports from your favorite restaurants.

One spot in particular has been on the report card a few times before: Tupelo Honey in South End.

As a bit of a disclaimer, Bill McGinty has eaten at Tupelo Honey a couple of times, even after it's been featured on the report and the food has been really good. Having said that, they're back on the report with a mediocre grade.

So what was wrong? Their last inspection had dirty utensils and cooking equipment that were marked as clean. They had salted butter and sausage patties which were supposed to be hot — like 165 degrees, hot — but were only 85 degrees. Their house-made dressings were being kept on ice but still weren't cold enough, so they were thrown away. And some of their ready to eat foods were missing dates, which are required to know when they're safe to serve and eat.

The grade at Tupelo Honey? An 85, that's a mid-level B. Click here to view their full inspection report.

Next up is the Saigon Bay Vietnamese cuisine on J.W. Clay Boulevard. The inspector saw dried beef debris on the slicer blade and the surrounding parts. The person in charge happened to mention they had been cutting fresh vegetables with that dirty slicers. They were told to take it apart and please clean it. And, the inspector noted, in all caps, an ice machine with pink slim and mold buildup. They were asked to keep it slime and mold free.

Their grade at Saigon Bay was an 86.5, that's another mediocre B. Click here to view their full inspection report.

Last up this week is the New Asian Cuisine on Brighton Park Drive. The inspector noted very little handwashing happening during their inspection. Needless to say, that's not a good thing. They had food like raw chicken sitting on top of the prep counter for a long period of time at 51 degrees.

The grade at New Asian Cuisine was an 89, that's a high B. Click here to view their full inspection report.