Mecklenburg County Commissioners will discuss plans for a $600 million revitalization project which includes affordable housing in uptown on Tuesday. 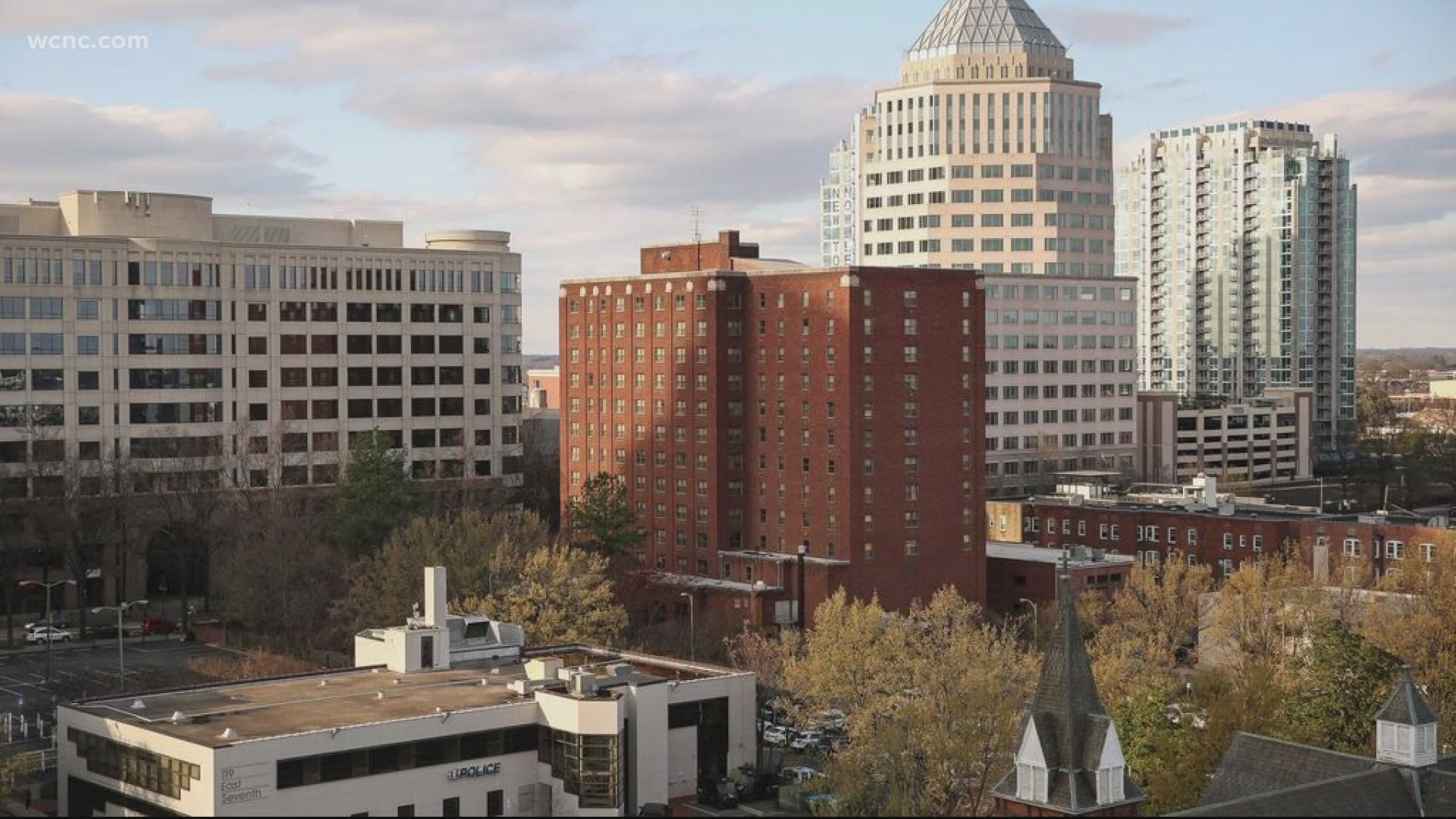 CHARLOTTE, N.C. — Mecklenburg County commissioners will meet Tuesday to go over the latest steps of a new project which includes plans to fund housing projects in the area of the north side of uptown Charlotte.

The $600 million plan is aimed at revitalizing the area around Seventh Street and Tryon Street.

The project, which has been in the works since 2015 would develop one and a half blocks on North Tryon bordered by Sixth,  Seventh, and College streets.

Once complete the site will include restaurants and shops, a 25-30 story office tower, residences, a walkable plaza, sidewalk cafes, above-ground and underground parking, and a new main library building.

A major part of the plan would be affordable housing.

This is part of a stand-alone project next to the site which would sit on Tryon and Eight street.

This key part of the project would be partially funded by the sale of properties from the Seventh and Tryon location.

The building would have nearly 400 apartments with 110 designated for units for those in need of affordable housing.

Additional funding would go to three other affordable housing projects around the city.

RELATED: Mecklenburg County ready to give COVID-19 vaccines to adults 75 or older