Opening Day for the Gastonia Honey Hunters will be May 27 at FUSE Ballpark, a $27.5 million multi-use sports and entertainment facility. 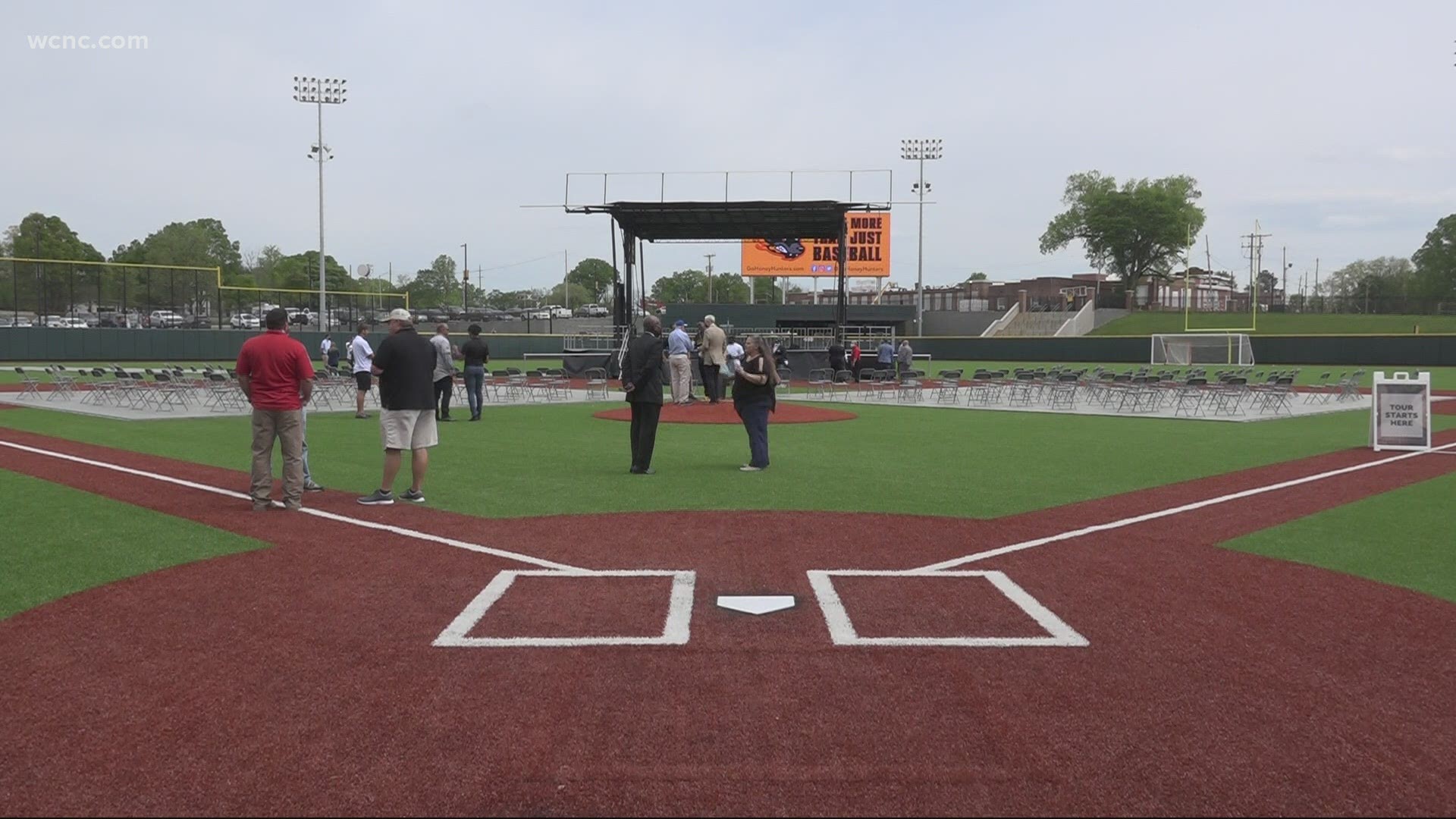 Leaders from the City of Gastonia and the Gastonia Honey Hunters officially cut the ribbon on the new ballpark that will host the team’s games.

The FUSE Ballpark, which is part of the Franklin Urban Sports and Entertainment (FUSE) District development, will welcome fans for the Gastonia Honey Hunters Opening Day on May 27.

"I'm so excited about FUSE,” said Walker Reid, mayor of the City of Gastonia. “I'm excited about the Honey Hunters. I'm just excited all together about even the businesses around the venue what's going to take place here."

Reid described the new ballpark as the development that will spur change in the area around it. He said there are plans for apartments, a brewery, restaurants, and more.

"The growth that's planned from this project is amazing,” Reid said. “So, the things that are going to happen, I just can't wait to see. In the next three to five years, I think we're going to be questioning are we still in Gastonia?"

Brandon Bellamy, the owner of the Gastonia Honey Hunters, said the facility will spur economic development outside the venue.

The ribbon has been cut at the new Gastonia Honey Hunters stadium. pic.twitter.com/WHNmtsUyIF

“I think we force appreciation into those buildings and the surrounding area by having a great place where people want to come and hang out,” Bellamy said, “because that’s going to promote more retail, more food and beverage, and more housing.”

Inside the FUSE Ballpark, the field can be used for more than just baseball. Football, soccer, lacrosse, and more can be played there. It can also host events, including festivals, concerts, and other entertainment.

There is also space for events, such as banquets and wedding receptions.

“There’s something for everybody,” Bellamy said. “We want them to come, and it’s theirs. We’re stewards over it, and we hope to be good stewards. But we don’t own it. It’s the community’s.”

The Gastonia Honey Hunters are the newest club in the Atlantic League of Professional Baseball (ALPB).

Rick White, president of the ALPB, said most of the players in the league have extensive professional experience in the MLB or Triple-A level and are looking to get back to the “big leagues.”