The largely wooded area will soon be home to the Panthers, shops, homes, bars and more. 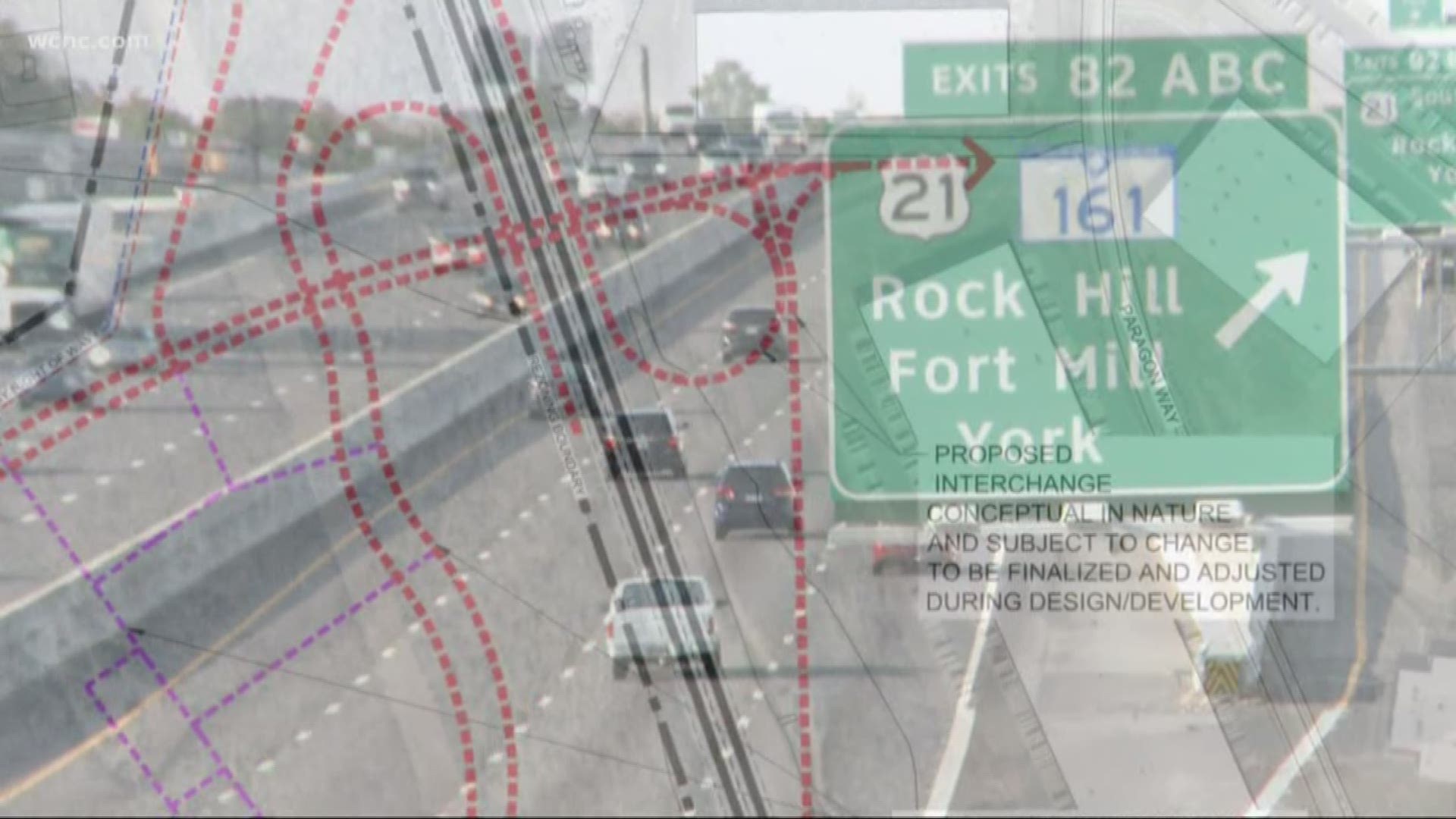 ROCK HILL, S.C. — If all goes as planned the Panthers hope to break ground on their new mega-practice facility in Rock Hill April.

The plans are for the teams headquarters and practice fields to be the centerpiece of a major entertainment complex located just off of I-77, south of the Cherry Road exit.

The arae is largely wooded but people do live there, with the Hutchison neighborhood literally right next door to where the team plans to build.

The neighborhood’s quiet tree-lined streets will soon see construction equipment and more and more traffic as the Panthers move in.

Terry and Frank Knotts’ backyard butts up against the Panthers property.

She and her husband have lived in their house for 30 years and they know change is coming.

“Traffic will increase, I’m sure, especially for Eden Terrace and Mount Gallant Road which is where one of the entrances will be,” she said.

RELATED: The Panthers are removing hundreds of seats for field-level suites.

The plans call for a new entrance ramp to be built off of I-77 that will be dedicated to the 234 acres to be developed by the Panthers.

The team headquarters and practice fields will be surrounded by a sports medicine facility, a hotel and conference center, along with shopping bars and restaurants.

Stephen Turner who is the head of Rock Hill’s Economic and Urban Development Department said, “The local government is working with the Panthers and dotting all the I’s and crossing all the T’s.”

He said traffic is going to be a central issue.

He said, “Part of the planning that the Panthers and the city are doing is extensive traffic analysis to look at where the impacts are going to be and what kind of improvements needs to be made to road surfaces to accommodate those new uses.”

Panthers owner David Tepper hopes to break ground on the new facility in April with the first training camp planned for August of 2020.