Lewis was one of two technicians who was shot while working at the home of Dr. Robert Lesslie. 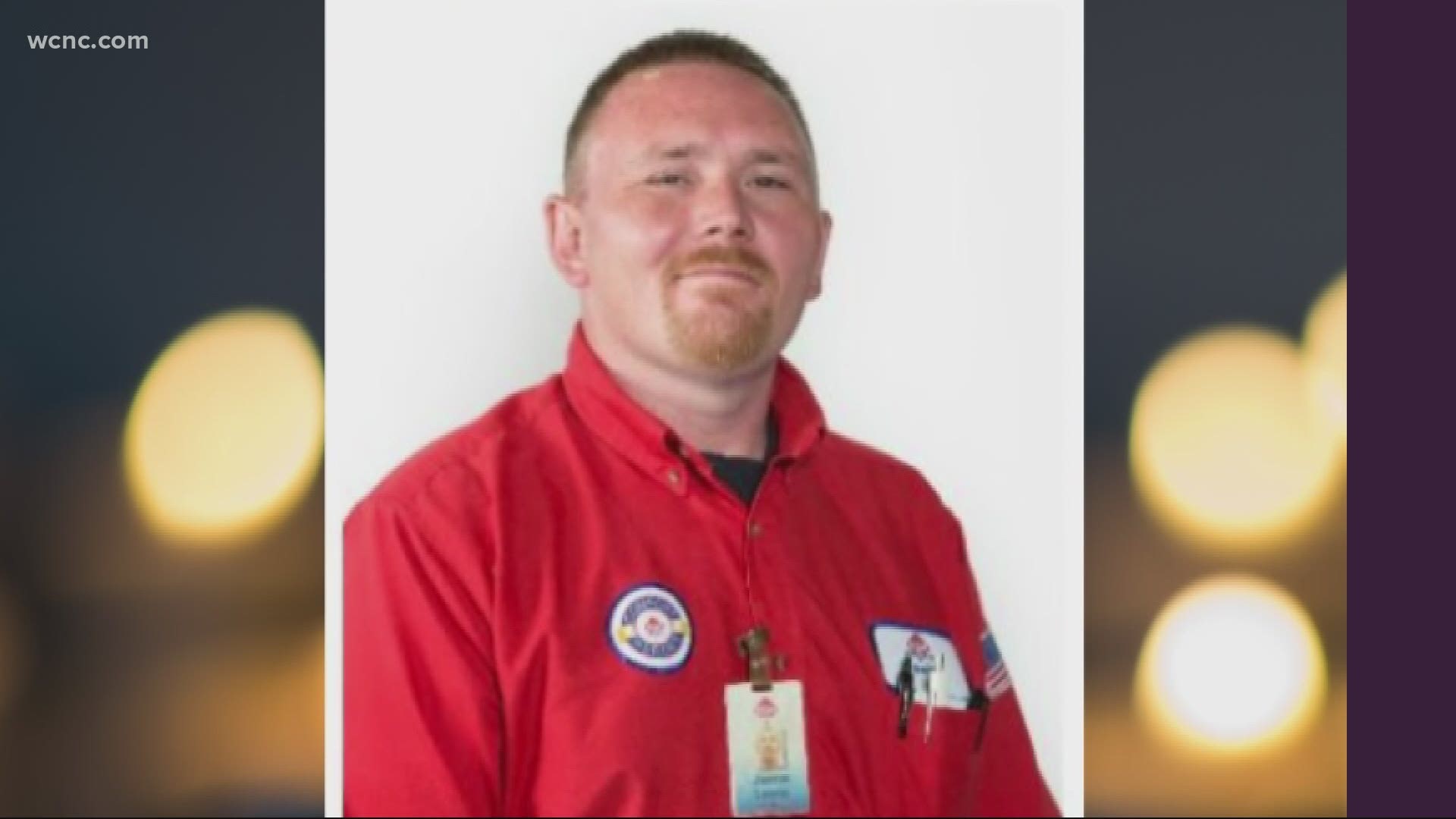 GASTONIA, N.C. — Loved ones gathered at a Gastonia funeral home to remember a beloved father and HVAC technician who was tragically killed in a shooting in Rock Hill, South Carolina.

38-year-old James Raymond Lewis was honored during the Thursday morning service at McLean Funeral Directors of Gastonia in North Carolina. Lewis was one of two HVAC workers hit by gunfire during the shooting at the home of Dr. Robert Lesslie and his family. Lesslie, his wife, and their two grandsons died at the scene, as did Lewis. Lewis' co-worker, Robert Shook, was able to call their supervisor at GSM Services in Gastonia to get help. However, Shook passed away a few days from his injuries.

The service for Lewis was held at 10 a.m. at the McLean Funeral Directors home on Thursday. The night before, the family received loved ones as well. Lewis' family asked WCNC Charlotte to cover the funeral at a respectful distance, and we have honored the family's request.

Steven Long, one of Lewis’ colleagues, spoke at the funeral and said he’s worked with Lewis for 10 years.

“James was loved dearly by his entire team at GSM, and will be dearly missed by so many,” Long said.

“The outpouring of love and support is a testament to the positive impact he had on those around him,” Long said.

But Long said what he’ll remember most about Lewis doesn’t have to do with work.

“The greatest lasting legacy James left on me was his love for his children,” Long said.

James Lewis was also working on advancing his career, attending night school to earn his degree while working.

In his obituary, Lewis was remembered as a man who loved his children, his job, camping, and fishing. His parents, three kids, grandparents, longtime girlfriend, and several extended members of his family all survive him. In the immediate aftermath of the shooting, WCNC Charlotte already saw GSM Services mourning his loss, and spoke with Lewis' father, Thomas Lewis, that day. The elder Lewis shared his gratitude with us after his son's funeral.

“Wasn’t that a fantastic show of brotherhood and love for a coworker by the techs at GSM,” Long said. “The owners there have been no less than supermen in the way they have reached out to help my family through this senseless mess. The outpouring from across the entire nation has not gone unnoticed.  I’ve got to say - I'm overwhelmed by the show of support and thank each and all from the bottom of my heart! James was a much better man than I, he was my best friend, former coworker, and the reason I'm here, I will miss him much more than anyone can imagine!”

In lieu of flowers, his family says memorials may be made at a special GoFundMe page.

The man York County deputies say took aim was former NFL player and Rock Hill native Phillip Adams, who took his own life after the shooting. YCSO said they couldn't immediately determine a motive for why Adams shot and killed the six victims, but York County Coroner Sabrina Gast announced Adams' brain would be tested for chronic traumatic encephalopathy, more commonly known as CTE. This degenerative disease has been observed in former pro football players, and has been shown to cause violent mood swings and other cognitive disorders. However, the diagnosis is not yet confirmed and is still pending a full probe.