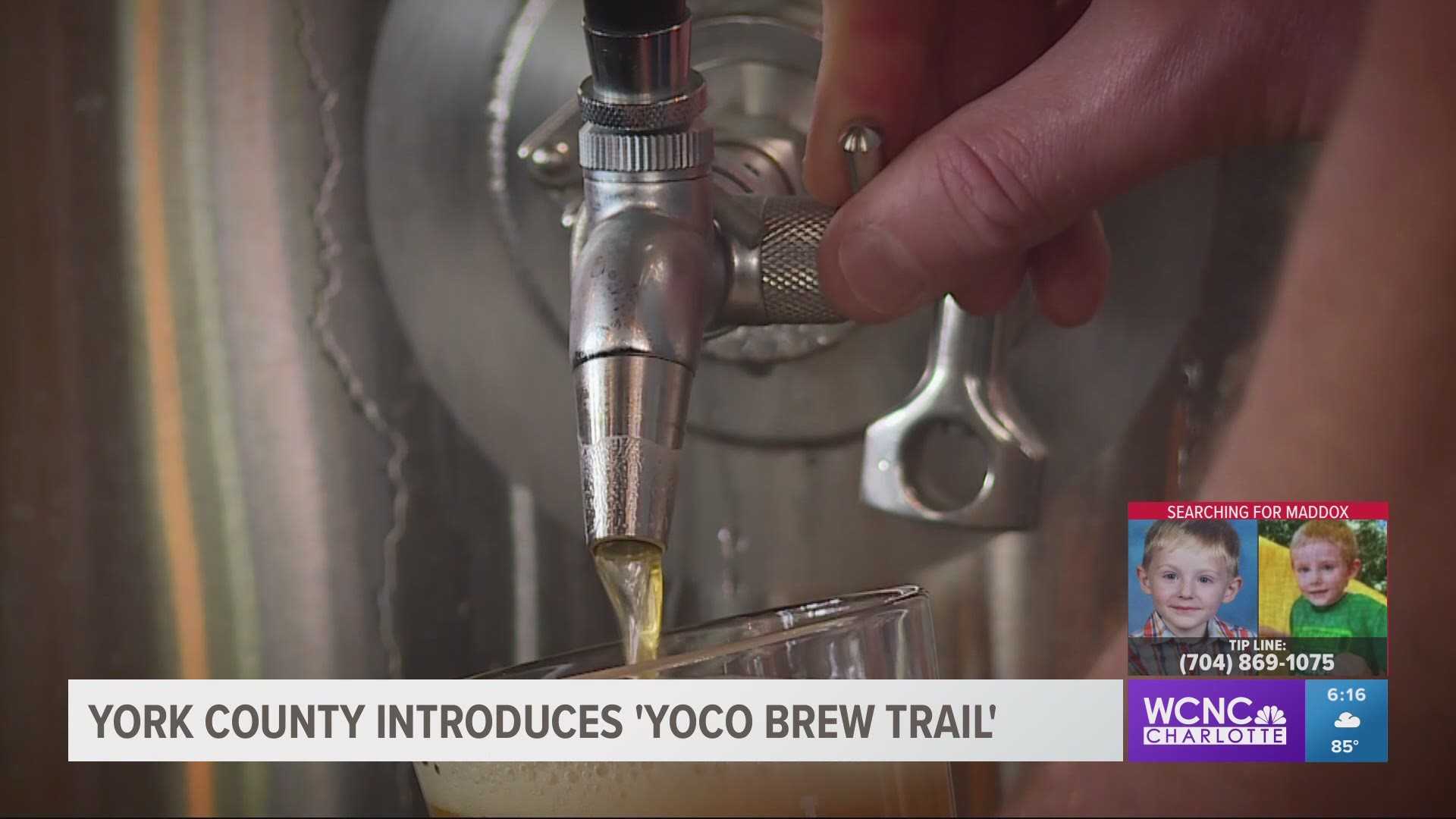 The craft beer industry is booming in the county, with four new breweries hitting the scene in the past year.

Led by an app on your smartphone, the trail will guide people from one brewery to the next, where you can catch bites, a buzz and even a prize.

It all stems from the area's budding affection for beer.

"We're in there slaving over it, sweating over it, we care about every ounce," said Jerod Jones, the assistant brewer and taproom manager at Rock Hill Brewing Company.

"The craft beer scene here in York County is now about to boom," Jones said.

First at the scene was Legal Remedy Brewing, started in a stand-alone garage four years ago, it's not serving suds and food off Oakland Avenue in Rock Hill while also helping others in the beer business.

"It’s not a real cutthroat, competitive business. We really look after one another," said Cassie McGowan, who calls herself Legal Remedy's "librarian."

"I'm not a beer enthusiast," said Dunlap with a laugh. "I've got three members of my staff who are craft beer enthusiasts so I kind of steered them in the right direction but they took it and ran with it."

To trek the trail, said to be the first in the state of South Carolina, you first have to download the Visit York County app, click the "YoCo" brew trail tab and then check in at five of the seven locations to earn a special shirt.

The beer might bring people together but to McGowan and others, this trail is much more than an IPA or stout.

"I think it’s great because it might bring people who are not familiar with York County down here. It’s pretty amazing to see the growth that has happened," she said.

Below is the list of breweries participating in the trail: