'I was hesitant': Hundreds stolen from Charlotte man by scammer posing as woman online

"Whenever the conversation turns to money, that’s when your radar needs to go up," said Tom Bartholomy with the Better Business Bureau. 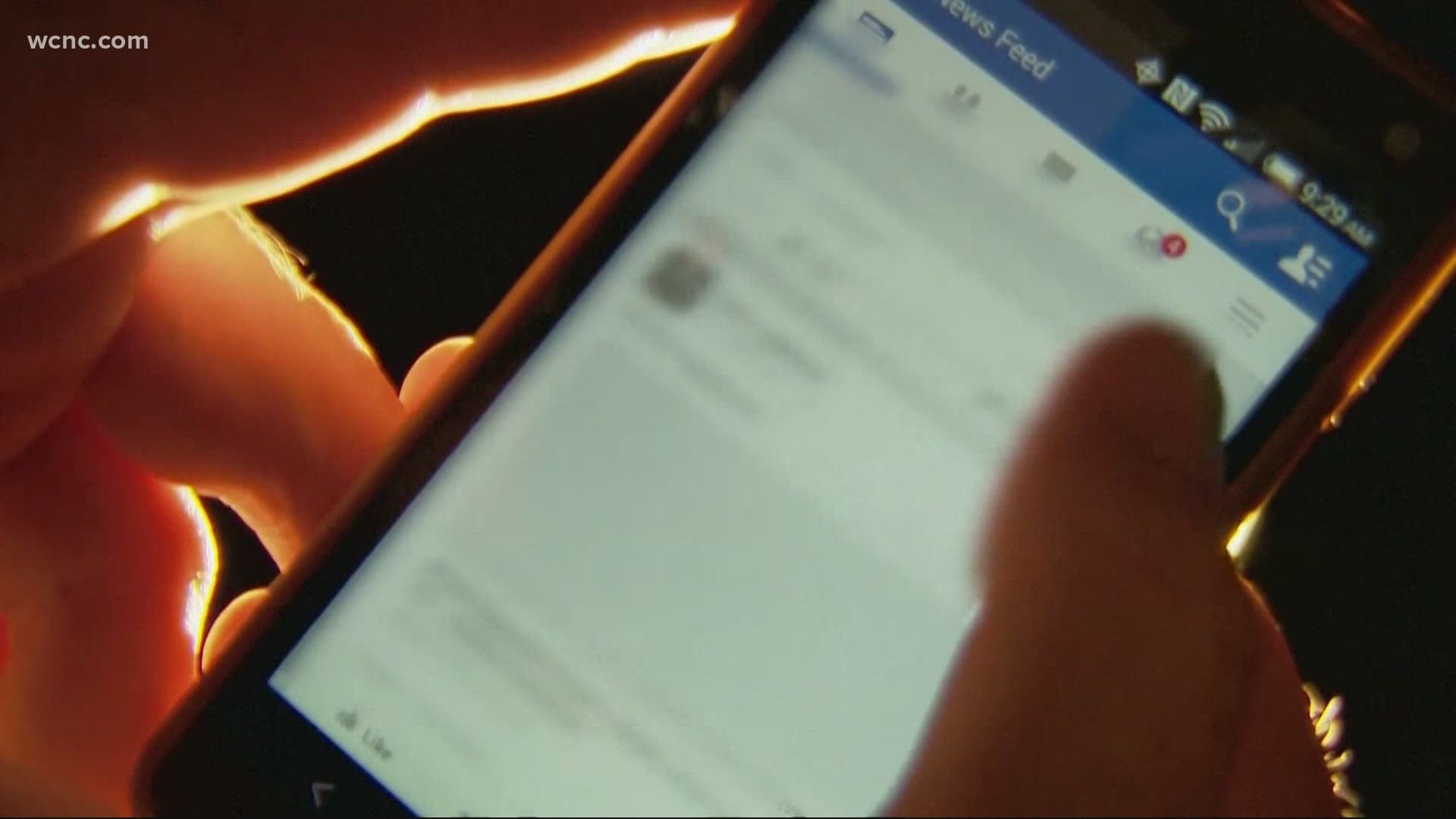 This is the time of year where romance scams target unsuspecting people who are looking for love, and experts say this year it’s not just about taking money but roping people into becoming money mules.

"Whenever the conversation turns to money, that’s when your radar needs to go up,” Tom Bartholomy with the Better Business Bureau said.

He said most romance scams start off the same.

That’s how Charlotte resident David Rhodes said it happened for him when a woman contacted him on Facebook.

“I saw her name her picture, she gave me her email her phone number and all that and I was surprised because usually, that doesn’t normally happen,” Rhodes said.

Rhodes said the two texted for 3-4 weeks before she started asking for money.

“I was hesitant, I didn’t want to but then I figured $5 or $10 was OK," Rhodes said. "Here I thought I was trying to be nice hoping I would eventually meet this young lady because it's Valentine's, you know everyone's lonely this time of year.”

Rhodes said she ultimately got a few hundred out of him.

Bartholomy said the pandemic has roped people into situations much worse.

“Money that was fraudulently obtained through stimulus checks being diverted or PPP loans being diverted, these scammers are from outside the country and they want to get that money out of the country,” Bartholomy said.

To do it, they go to their new internet love interest.

“I need to get some money over in England that’s suffering from COVID,” Bartholomy explained of the tactic. "I can't do it directly, how about I send you the money?”

Bartholomy said what feels like favor is actually illegal activity.

"Some of them have actually had a knock on the door from the FBI,” Bartholomy said.

Bartholomy said a person should specifically note if their love interest never wants to talk on the phone.

"What we've found especially with the CARES act one, they’ve got a pretty strong foreign accent,” Bartholomy said. "They’re Eastern European, so to get into a conversation with people, that would raise a red flag."

Bartholomy said hundreds of people nationwide have fallen for this. For more information on romance scams from the BBB, click here.

If you think you have fallen victim and would like to report it to the FBI, you can find more information here.