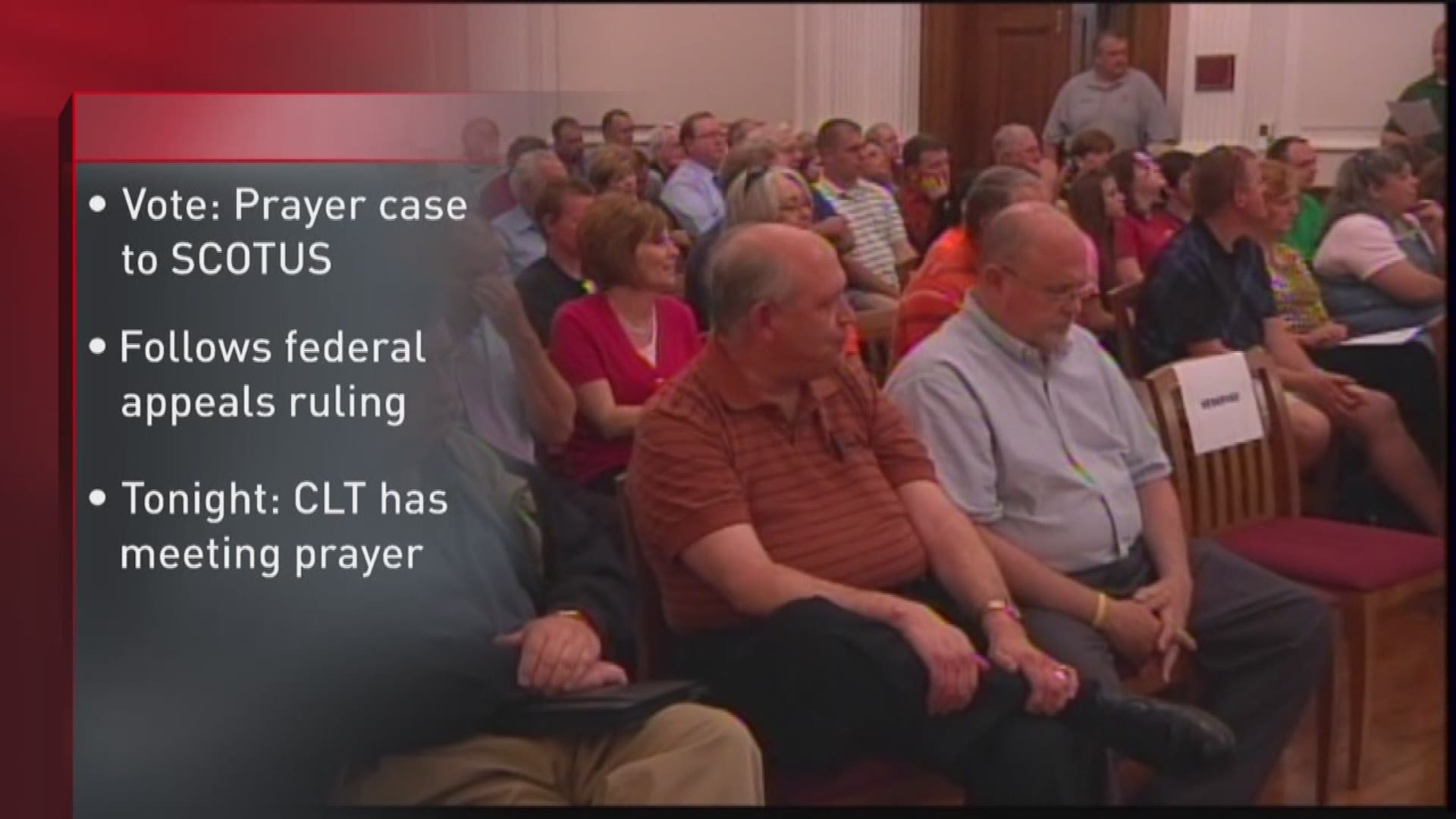 The county commissioners voted 5-0 in favor of appealing the case to the U.S. Supreme Court.

The county's practice came to a halt this summer when an appeals court ruled in ACLU’s favor that commissioners cannot open meetings with prayers of just one faith.

“It is in our best interest to finish this case,” chairman Greg Edds explained at Monday night’s public forum.

One of the reasons he cited was purely financial. Currently, the county has spent $5,000 on the fight, he said. If they were to accept the appeals court’s decision, they would also have to pay all of ACLU’s financial investment in the case.

Commissioners also argued this is not a fight for Christian prayer per se, but rather for freedom of speech to pray however they choose.

The meeting was standing room only, with many citizens voicing their support for the decision.

Others did not agree.

“By establishing a religion in this room we are telling people if you aren't with us we don't want you here,” one citizen argued. “’We’ is Christian Rowan county, ‘we’ is white Rowan county.”

The ACLU released the following statement in response to the county's decision:

The bottom line is that local government meetings should be welcoming to all community members, regardless of their religious beliefs. The issues, in this case, have already been thoroughly reviewed by two federal courts, which agreed that Rowan County's former practice was unconstitutional. We believe those rulings should be the final word in this case, but no matter what, we will continue defending the rights of our clients and all Rowan County residents to be free from religious coercion by government officials.

Meanwhile, prayer did return to Monday’s Charlotte's city council meeting, one week after Mayor Jennifer Roberts said they may do away with it.

“We are going to have an invocation,” Roberts announced in the middle of the meeting. “The invocation is a personal expression and it's not an endorsement of any particular religious belief.”