The incident began just after 2 p.m. at the Texas airport 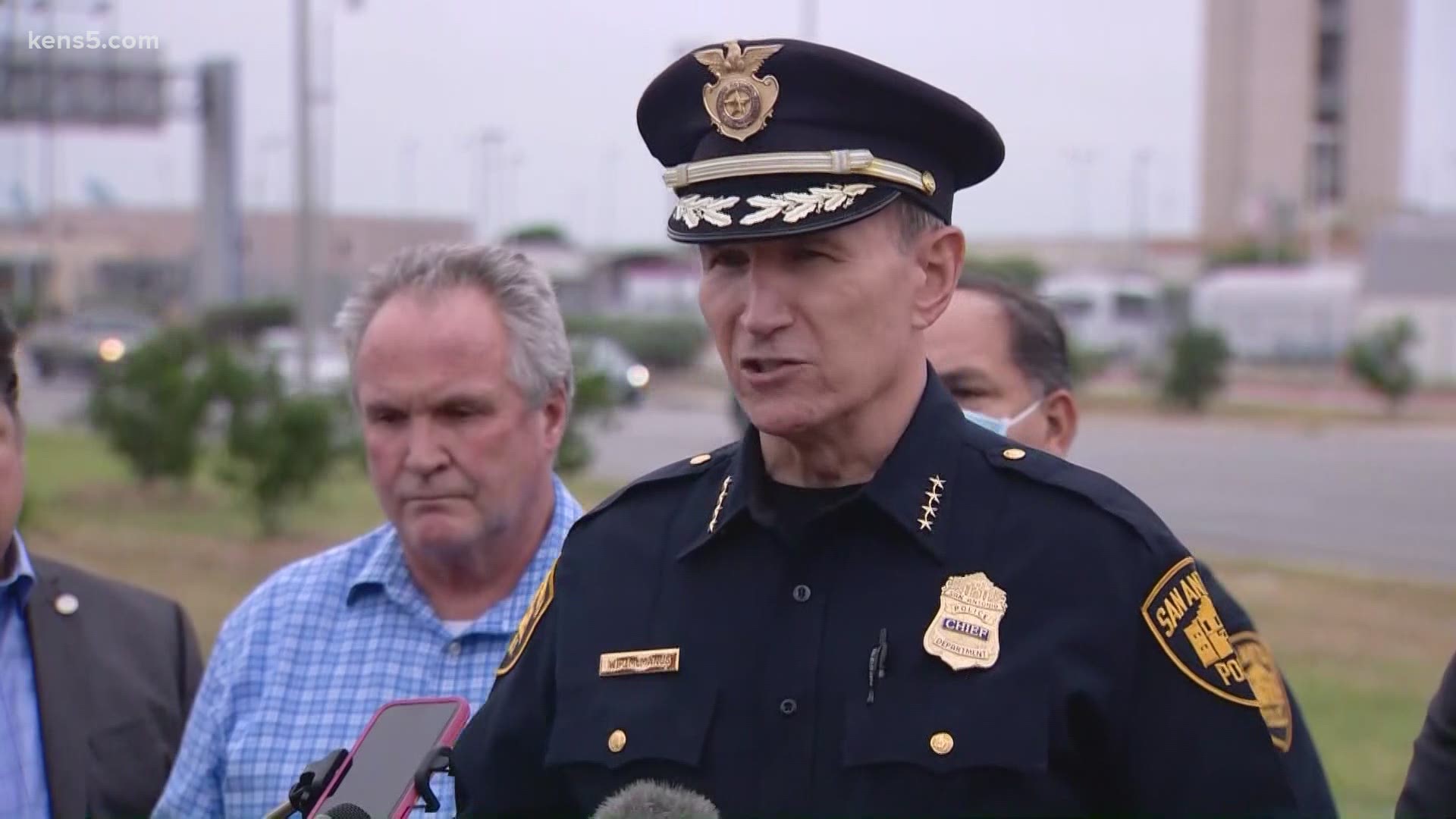 SAN ANTONIO — UPDATE: Police named the officer who shot an active shooter outside the arrivals area of Terminal B on Thursday as 41-year-old John Maines, an 11-year veteran with the police force.

Police say the Medical Examiner determined that the shots fired by Maines were nonlethal. The suspect was wounded, then shot and killed himself, according to preliminary information provided by SAPD.

On Friday night, the Medical Examiner identified the shooter as Joe Gomez, 46.

SAPD says Maines will be placed on administrative duty. The investigation is ongoing.

An officer with San Antonio Park Police was credited with halting what San Antonio Police Chief William McManus called “the start of an active shooter situation” at San Antonio International Airport on Thursday afternoon when a suspect drove up to the arrivals area of Terminal B and began firing “indiscriminately.”

McManus said the officer, an 11-year veteran of the department, responded by returning fire, striking the suspect. The man was taken to a local hospital, where he was pronounced dead upon arrival, McManus said. He has since been identified as Joe Gomez, 46. The Bexar County Medical Examiner's office said that he died of a self-inflicted gunshot wound.

Aside from someone sustaining a sprained ankle, authorities said no one else was injured in the incident, which prompted a temporary lockdown of the airport as police investigated.

“The officer who stopped this saved a lot of lives,” McManus said. “This guy had a full box of ammunition, he had a .45-caliber handgun he was shooting at the direction of the terminal, at the police officer, and behind him. We were very lucky not to have a lot of people injured or killed.”

Police believe it’s the same individual who allegedly fired several shots from the Highway 281/Loop 1604 overpass earlier Thursday; the chief said he matched the description, and the shell casings at both scenes are identical.

McManus also said that his department had a history with the man and believed mental issues led to shootings.

For much of Thursday afternoon, federal investigators with ATF and the FBI combed through the scene alongside SAPD investigators. The FBI said they do not believe this incident had any terrorism ties.

At about 5:45 p.m., airport officials said all terminals were fully reopened.

The lower-level roadway has been reopened. The airport has fully restored standard operations.

Just had to evacuate from San Antonio airport bc of an active shooter inside. Heart is still racing, but glad to be safe for the moment.

Make sure you tell your loved ones that you love them. 🙏🏽 pic.twitter.com/3ULSp2yWkE

As the investigation unfolded, one person tweeted that he was in a plane on the tarmac and was told the plane was being held at the gate and unable to leave.

San Antonio Airport under active shooter lockdown. We are on tarmac in SW airlines plane at gate, holding, unable to leave. We are safe. Captain keeping us apprised.

Snapchat videos from the scene show us what's happening at the airport: https://t.co/Hk2pcymsCa#KENS5Eyewitness