Durkan announced in December 2020 that she would not seek a second term for Seattle mayor. 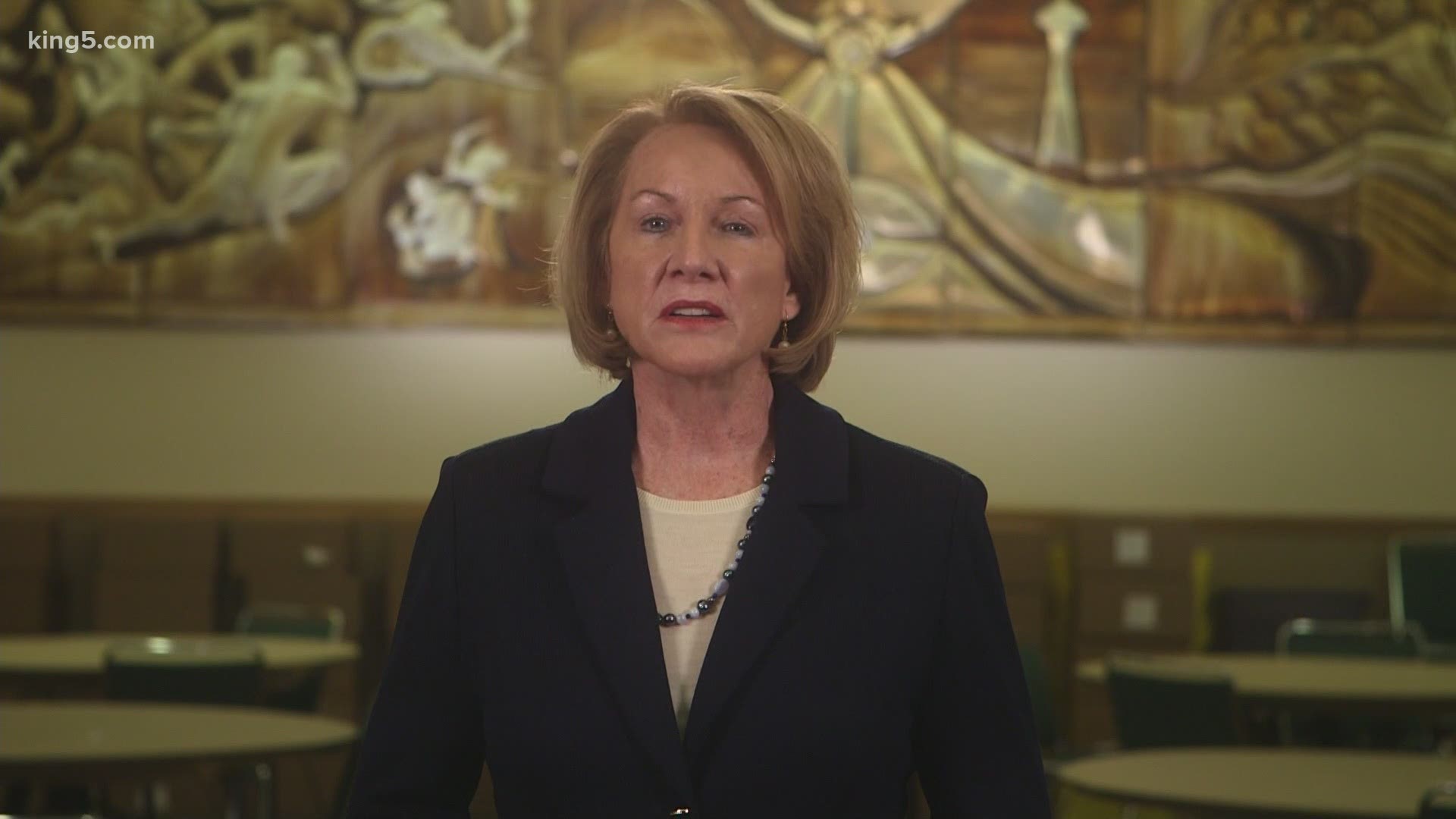 Seattle Mayor Jenny Durkan delivered her fourth and final State of the City address Monday evening from the Filipino Community Center near Beacon Hill. Durkan is not seeking a second term this year.

She said about the city's coronavirus recovery, "We have a tough road ahead. But there is hope on the horizon." Durkan discussed plans for vaccinating Seattle residents, especially communities disproportionally impacted by COVID-19.

"We're ready. I want us to be the first city in the country to vaccinate 70% of our adults," Durkan said, mentioning plans for mass vaccination sites from Rainier Beach to North Seattle. She called vaccine distribution "the challenge of our lifetime." 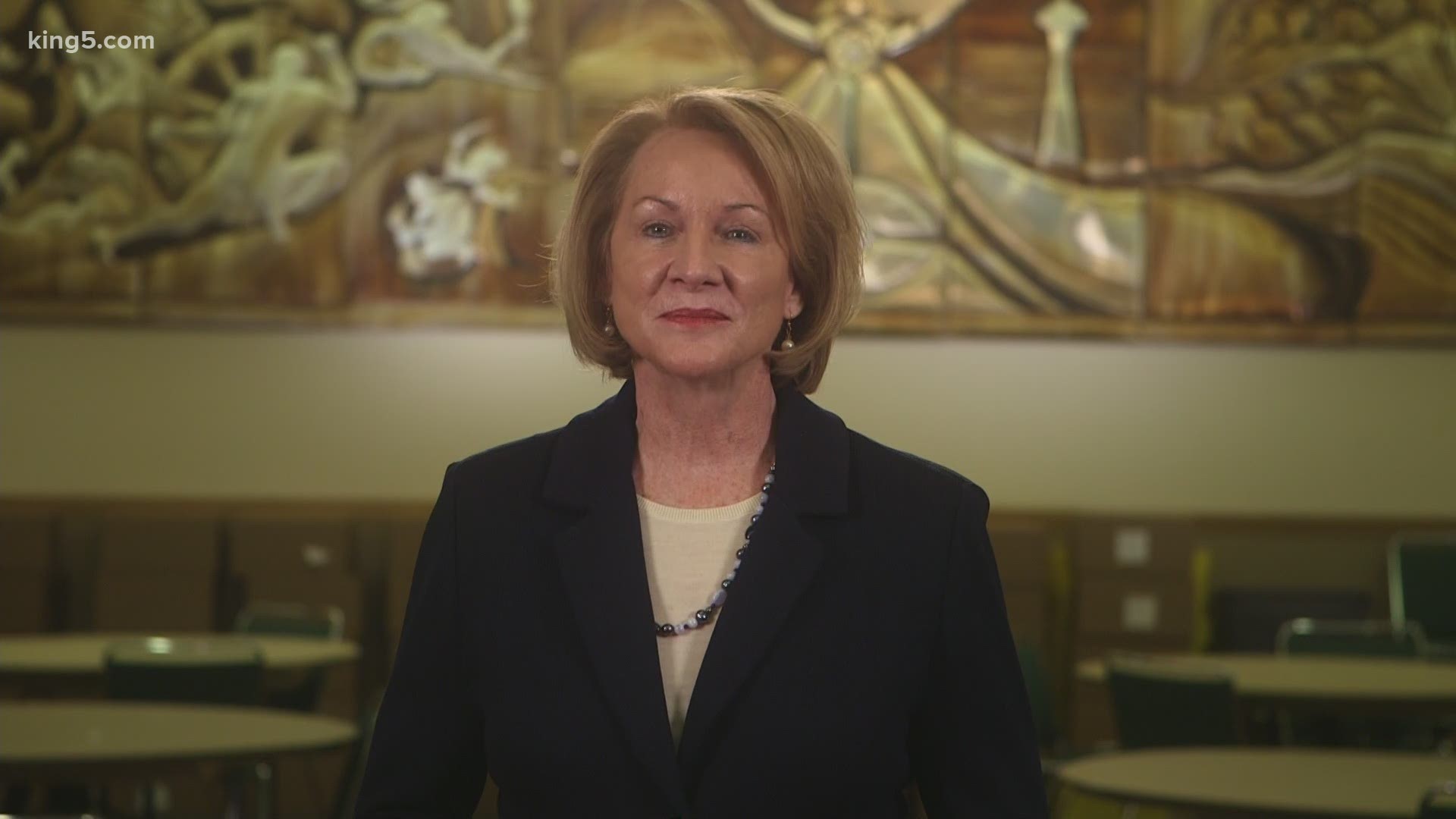 She spoke of the city's ongoing homeless crisis, police reform and racial equity.

"We’ll open hundreds of shelter spaces and affordable homes to bring more neighbors inside from our streets and parks so they can get stability and services," Durkan said. "We’ll address public safety, expand alternatives to policing, and have other responses. We’ll invest nearly $100 million in the health and resiliency of Black and other communities of color to address generational disparities."

"Well, the continued focus on downtown recovery is so key," Scholes said. "Every great city has a great downtown. Seattle can't get healthy unless our downtown is healthy. So I appreciate the mayor's focus over the past several weeks on getting downtown back going again and on working with the non-profit and private sector to do just that."

Also ahead of Durkan's speech, TraeAnna Holiday with King County Equity Now discussed what she hoped to hear: more direct investment in the Black community.

"We want to make sure that these investments come directly into the Black community, and not through some kind of other trickle-down method that normally hasn't worked for our communities in the past," Holiday said.

In early December 2020, Durkan announced she would not seek re-election.

“I've decided that I will not seek a second term,” Durkan told KING 5. “2020 has just been a brutal year, but we have some really tough months ahead of us. We still have to fight COVID, we've got to deliver a vaccine, and we're gonna have a really hard job of rebuilding our economy, our downtown and continuing all the work on equity. I could have spent the whole year campaigning to keep the job, or I can focus all my energies on doing the job. And I think there's only one right choice for Seattle and that's for me to do the job."

Durkan was seen as a stabilizing force when she was elected in 2017, fresh off the Seattle City Hall scandal that led to the abrupt resignation of Ed Murray, and sudden appointments of then-Council President Bruce Harrell, and later Tim Burgess.

She was the first woman to be elected Seattle mayor since Bertha Knight Landes in 1926, bringing credibility and a resume that included being the first openly gay U.S. Attorney in history.

Durkan said she has been most proud of sponsoring legislation to provide free college tuition, protections for domestic workers and rideshare drivers, and for creating millions of dollars in new affordable housing. While the past year has been challenging, Durkan said she’s pleased with helping to create free citywide COVID-19 testing, an eviction moratorium, and securing personal protective equipment for city businesses and immigrants. 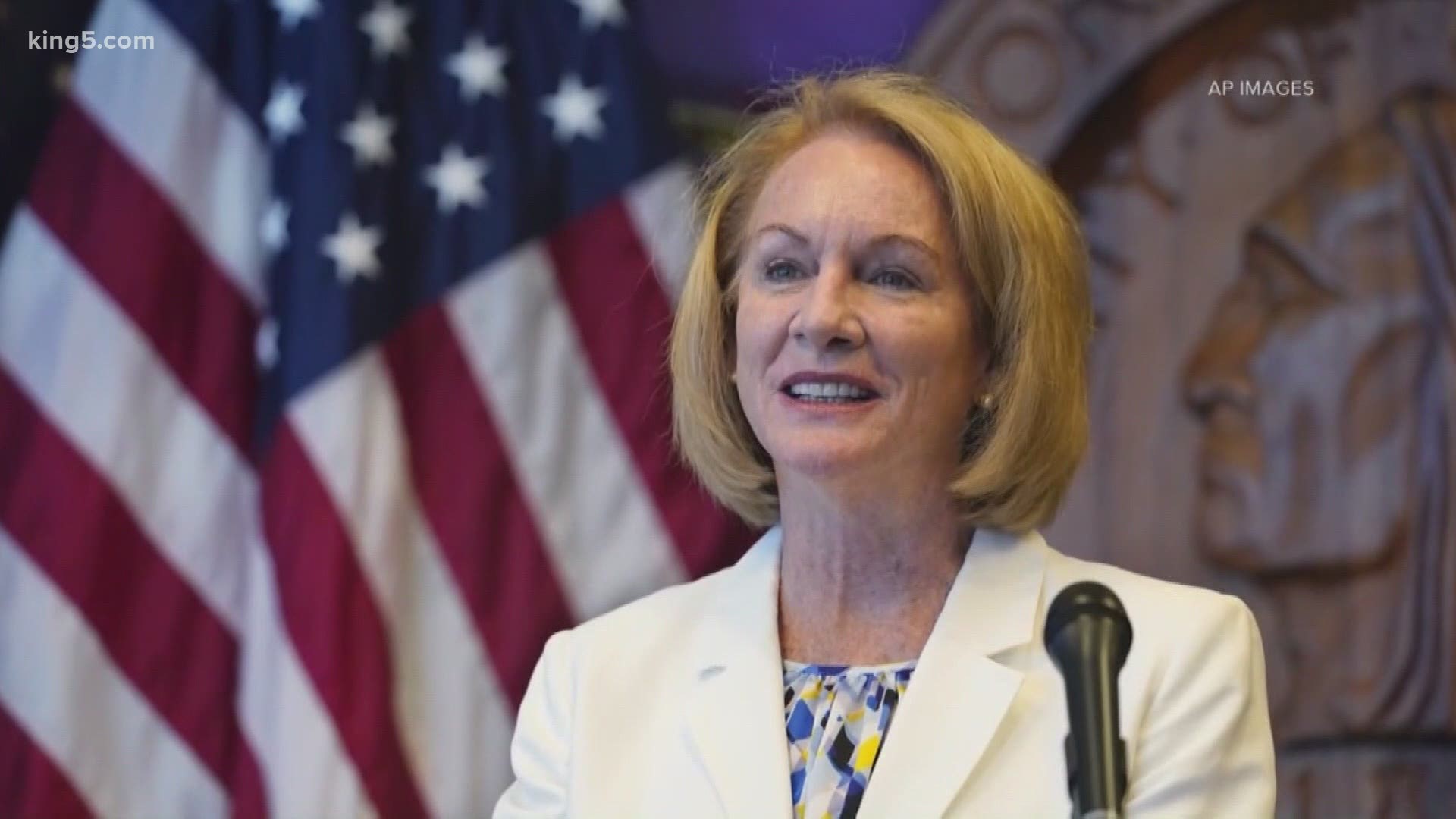