A private security guard whose gun accidentally went off outside a Charlotte Cook Out in April no longer has his job. 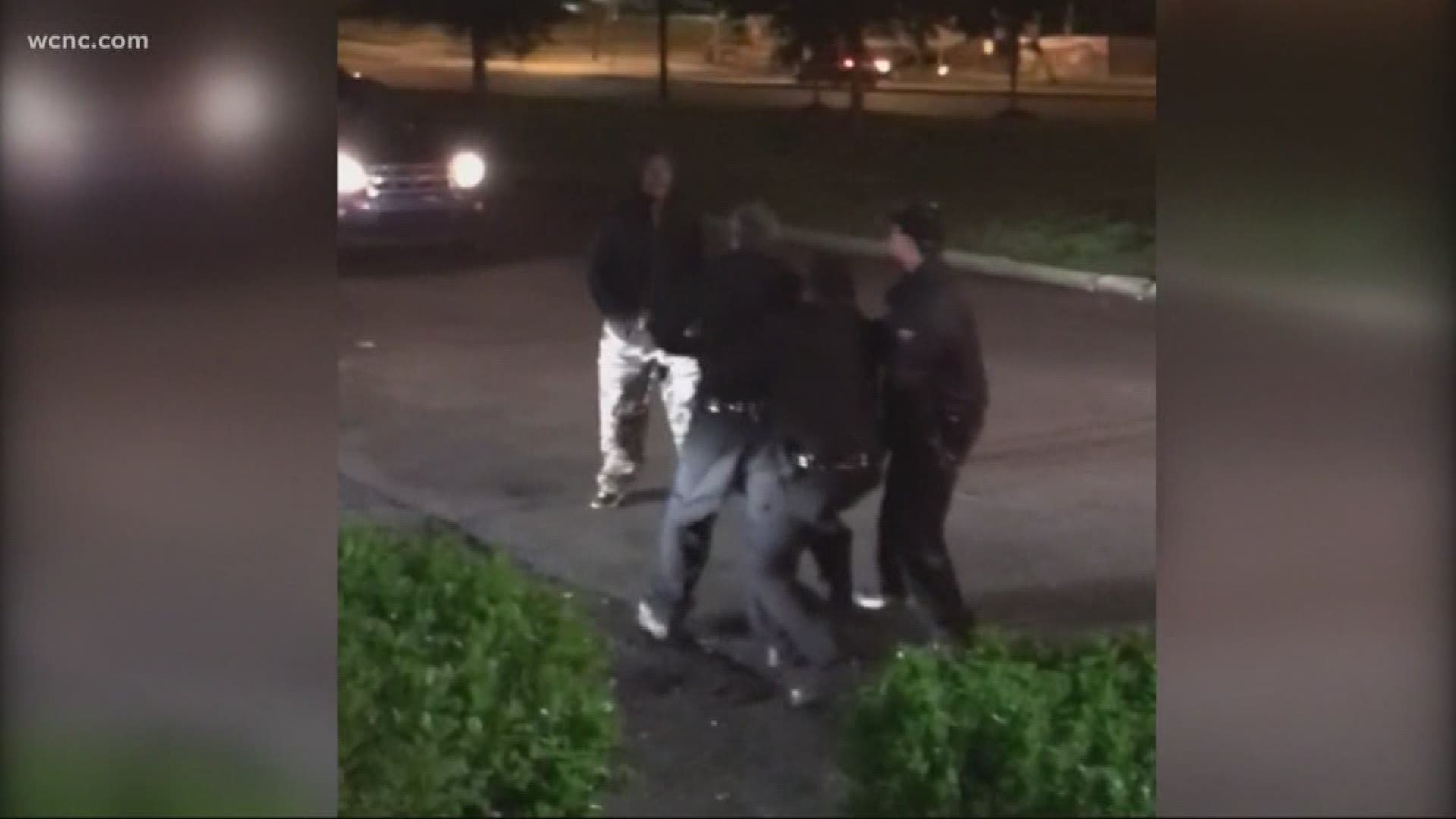 CHARLOTTE, N.C. — A man hired to keep a Charlotte restaurant safe no longer has his job after his gun went off, putting the safety of others at risk.

This comes after our Defenders team alerted investigators to the frightening mishap that was caught on camera one early Sunday morning in April.

According to Private Protective Services Spokesperson Clyde Roper, Anthony Luke Otis, a security guard employed by Action Professional Security, discharged his weapon while assigned to provide security at the Cook Out on Freedom Drive in Charlotte.

"According to Mr. Otis, he was adjusting his holster when the weapon discharged. Mr. Otis is no longer employed by Action Professional Security. The Private Protective Services Board's Training & Education Committee voted at its June meeting to require that Mr. Otis successfully complete the entire armed guard course should he be employed as an armed guard in the future," Roper said.

Roper stated the full board is expected to consider the committee's recommendation in August.

The sound and images from the morning in question replay in Rodriguez Finley's mind. He filmed the security's guard's behavior on his phone.

"It was too much. When the gun went off, I felt like I was in jeopardy of my life, my wife's life," Finley said.

Roy Taylor said the guard's behavior crossed the line in more ways than one.

Taylor is the chief of police for a private security company in Raleigh, has his own consulting business, and is a firearms instructor for police and security.

"The security officer had his finger on the trigger when he was trying to re-holster the weapon or it's possible something got in between the trigger-guard and the weapon," Taylor said. "Either way, it was an unsafe action."

Taylor said armed guards are heavily regulated by the state and already receive 20 hours of additional training related to gun fundamentals. He said most don't make mistakes like the ones in this case.

"Security officers in North Carolina work hundreds of thousands of hours each month and have no instance of using their weapon inappropriately or negligent discharges," Taylor said.

We've tried to track down the security company and guard in question without any luck. It appears he's not under criminal investigation for his actions that morning.

Police: Object thrown from overpass on I-277 hits woman's car, causing $1,500 in damage