North Carolina State Highway Patrol says last Monday Nelson collided with a tractor-trailer causing him to be rushed to the hospital with severe brain injuries. 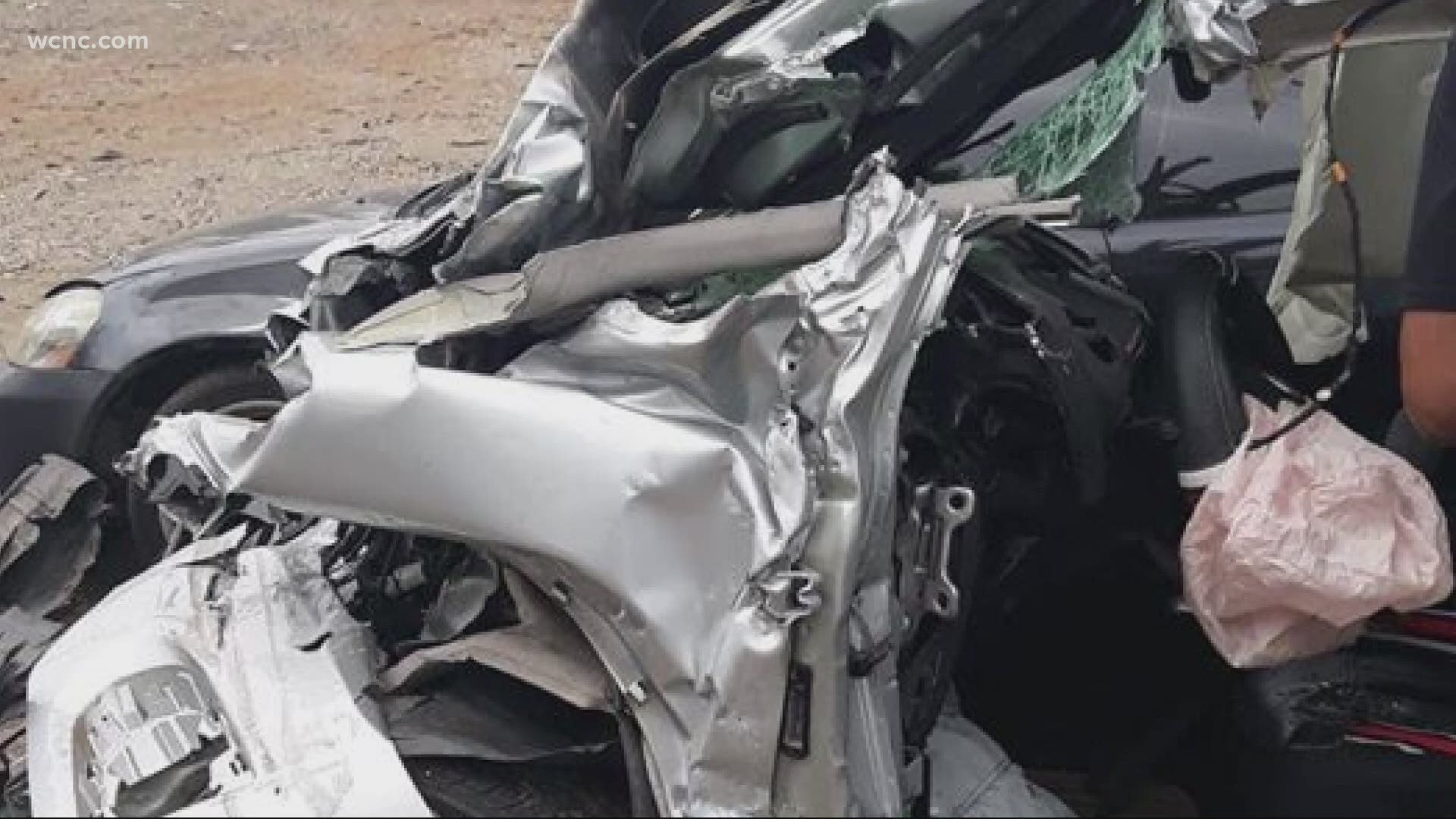 CHARLOTTE, N.C. — The mother of Jabari Nelson says just days after the accident he began making major steps towards recovery

A trip along Interstate 85 in North Charlotte turned into a near-death experience for 25-year-old Jabari Nelson.

North Carolina State Highway Patrol says last Monday Nelson collided with a tractor-trailer causing him to be rushed to the hospital with severe brain injuries.

Hours after the crash, Nelson’s mom Nichelle says she had no idea what happened. She soon realized something was wrong when she hadn’t heard from her son who she says she speaks to every day.

“He hadn’t been home I knew something was not right because he would never not come home and let his dog out, “mom Nichelle said.

On @wcnc tonight at 11pm hear from the mom of 25-year-old #JabariNelson who suffered severe brain injury, but miraculously continues to recover.🙌🏾 pic.twitter.com/a9M3Y83Ka3

After making several calls she learned Jabari was at Carolina Medical Center getting care at the trauma ICU. Troopers say in the crash his car was totaled and he had to be removed from the car with the help of the jaws of life

“I was devasted, crying, heart racing and not being able to see my son that was hard,” Nichelle said.

Due to Covid-19 restrictions at the hospital, Nichelle says she wasn’t immediately able to be by her son’s side. But once she was, she says she instantly noticed progress. He slowly began to breathe and eat on his own and even started to move around a bit. He is now continuing his recovery at a rehab hospital.

Nichelle says she has all the faith her son will come out on the other side better than ever.

“I’ve always told him to strive for greatness-- that he was destined for greatness. There’s nothing you can’t do,” she said.

CLICK HERE if you would like to donate to a GoFundMe to help cover some of Jabari’s medical costs and future rehabilitation needs.

Charlotte minority-owned businesses getting help from an unlikely source

"There is great hope" | CMPD, NAACP hold first of what will become regular meetings