Tracking severe weather in the Carolinas 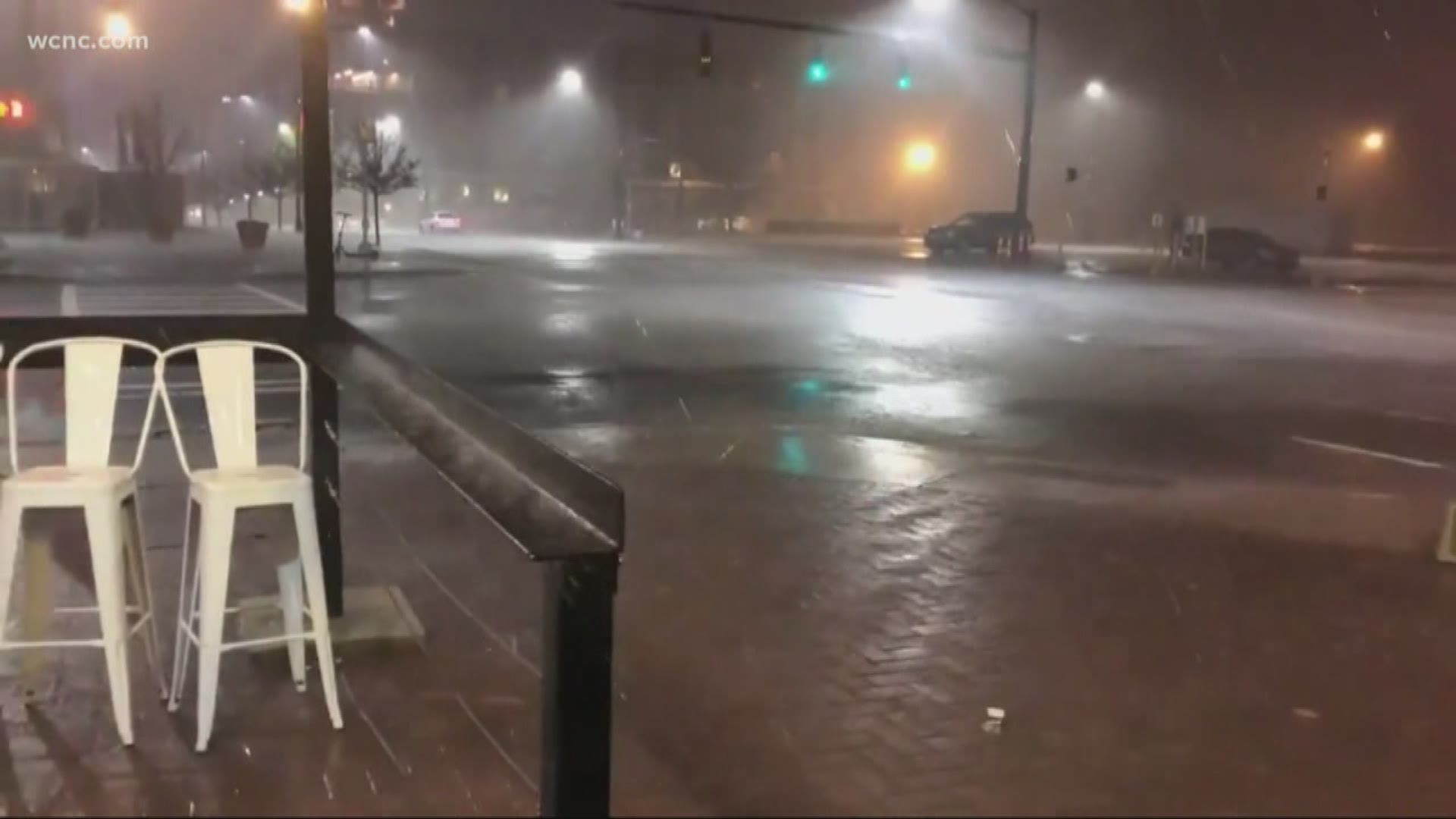 CHARLOTTE, N.C. — The First Warn Storm Team is tracking a severe weather threat this evening that could bring damaging wind and an isolated tornado to parts of Charlotte and the Carolinas.

A tornado watch was in effect until midnight for counties including Mecklenburg, Avery, Burke, Caldwell, and Cleveland. It has since expired.

A severe thunderstorm warning was issued for Davidson, Forsyth,Guilford and Randolph counties until 11:45 p.m. It has since expired.

A severe thunderstorm warning was in effect for Cabarrus, Gaston, Iredell and Mecklenburg counties until 10:30 p.m. It has since expired.

A Severe Thunderstorm Warning was issued for Catawba, Cleveland, Gaston and Lincoln counties until 9:45 p.m., and for Carroll, Surry, Wilkes and Wythe until 10 p.m. These warnings have since expired.

A tornado warning was issued for parts of Chester, Union and York Counties until 10 p.m. It has since expired.

Ashe and Watauga counties were also placed under a flash flood warning until 3 a.m.

The system was tracking eastward across the southern half of the country since early Friday, where it brought tornadoes and damaging conditions to several states.

Saturday morning, the line was moving through portions of Alabama, Mississippi, Georgia, Kentucky, and Tennessee.

First Warn Chief Meteorologist Brad Panovich said there is a "low risk" for seeing severe weather but that the risk of seeing damaging wind or a tornado is "non-zero," or in other words: existent but low.

"The jet stream has produced a big cut-off low-pressure system - as well as a lot of wind," Panovich explained. "That wind energy is what has me concerned."

The squall line will push from west to east across the Carolinas Saturday night and into Sunday morning.

"That timing works in our favor," Panovich explained. "It'll be a cooler time of the day. We won't have the instability."

The First Warn Storm team forecast called for the storms to have some energy left as they push through the Piedmont.

"There are a few kinks in the line," Panovich said while examining futurecast radar. "Anytime I see that I worry about rotation in the line."

The best chance of seeing damaging severe weather was expected to come in the form of straight-line winds.

The National Weather Service could elect to issue a 'watch' ahead of the line, which means conditions are possible in the approaching hours for severe weather.

For example, a Severe Thunderstorm Warning is issued when a storm is producing damaging winds of at least 60 mph or 3/4" size hail, equivalent to the size of a quarter.

"Unfortunately it's also a harder time of day to get warnings out to people," he said.

Severe weather alert push notifications can be sent straight to your phone using the WCNC news app, which will alert you of severe weather nearby and also stream severe weather coverage from the First Warn Storm Team as conditions warrant.