Three suspects are now in custody after a chase and search. 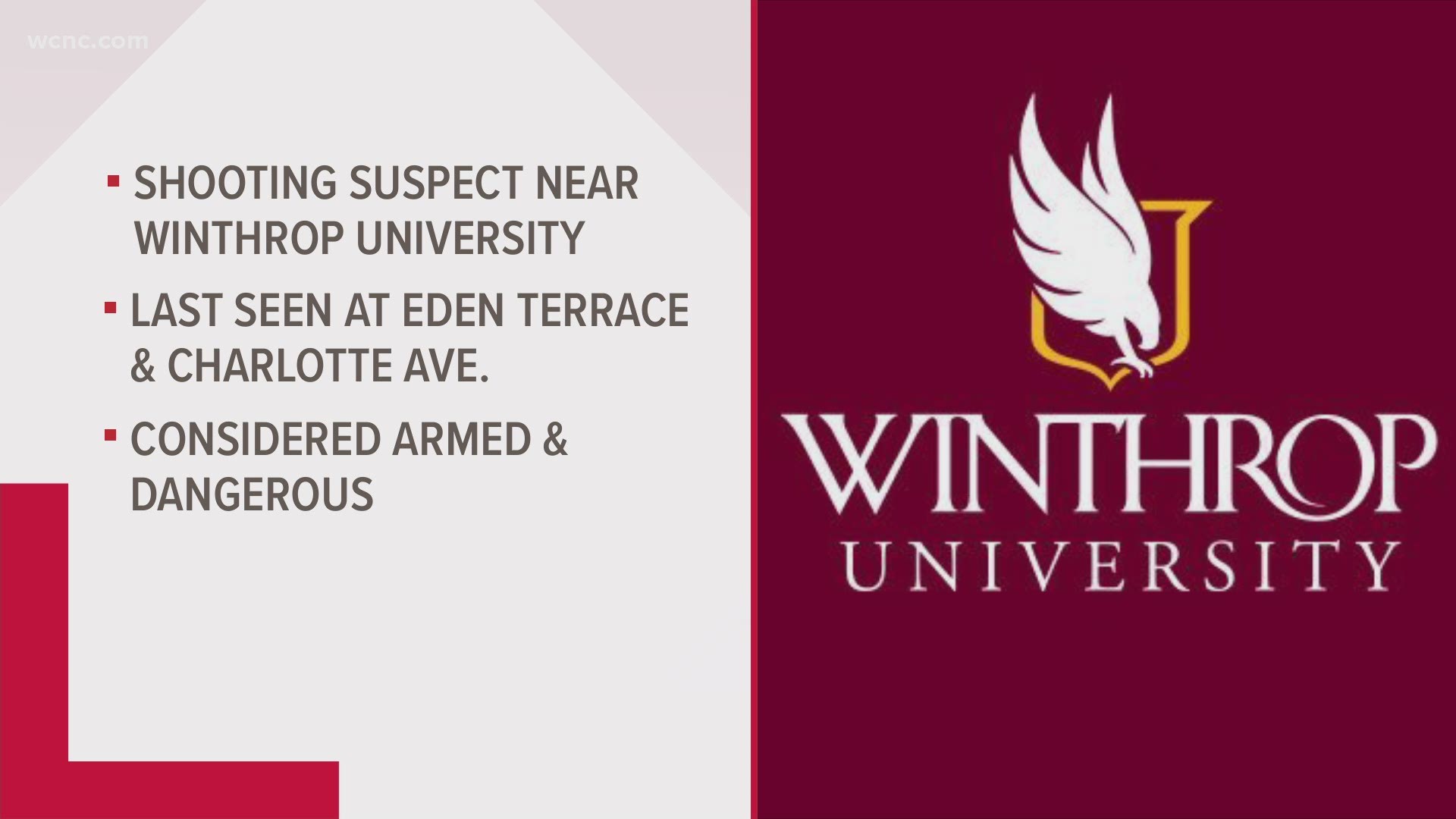 ROCK HILL, S.C. — Rock Hill police say a shooting unfolded in front of an officer Friday afternoon, prompting a chase that resulted in the capture of three suspects near the Winthrop University campus.

Police say it happened along Lancaster Avenue, and the suspect car was caught on Charlotte Avenue. Two suspects were taken into custody, but a K9 officer searched for a possible third suspect nearby as well, who was believed to be still armed. Police stressed no shooting has happened on the university campus.

Rock Hill Police are currently investigating a shooting that occurred near Lancaster Ave. The suspect vehicle was caught on Charlotte Ave where two suspects were apprehended. K9 is currently searching for a possible third suspect. No shooting has occurred on Winthrop’s Campus.

Eventually, police announced the suspect was taken into custody, saying all suspects in the shooting were in custody just before 5:45 p.m.

The third suspect is in custody at this time. The K9 search has concluded. Officers will still be visible in the area. All suspects are in custody.

Police later provided a more thorough timeline of events: the Rock Hill police officer saw suspects in a silver Chevrolet Impala shoot into a home on Lancaster Avenue at 4:18 p.m. The officer was able to get behind the suspect car and coordinate with other officers to respond. A pursuit was started, but the driver of the Impala ran a red light at Eden Terrace, hitting another car and disabling the Impala.

At that time, Rock Hill police were able to take two suspects into custody, but the third suspect fled from the scene. That suspect was eventually apprehended. Police released more details about the three suspects on Sunday: a 20-year-old man from Charlotte, an 18-year-old man from Rock Hill, and a 16-year-old juvenile. All three are charged with discharging a firearm into a dwelling, unlawful carrying of a handgun, and criminal conspiracy. The two adults were also charged with contributing to the delinquency of a minor. The 16-year-old is detained in DJJ custody.

Nobody was hurt during the shooting, but two people inside the other car hit by the Impala were transported by EMS as a precaution.