Investigators determined a fire that caused over $250,000 in damage and displaced 30 people was caused by a juvenile who was playing with fire. 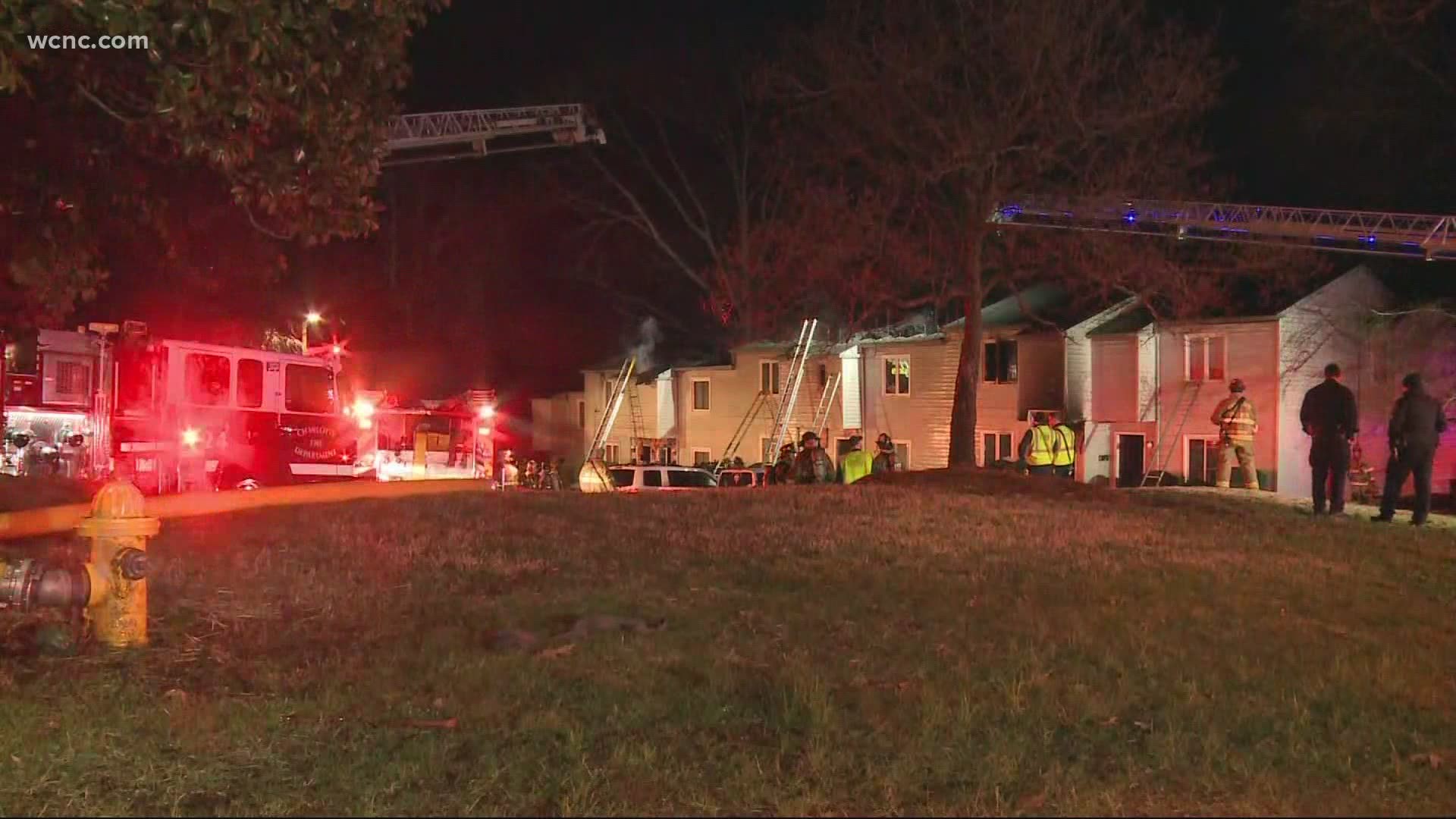 CHARLOTTE, N.C. — Multiple families are without their home after a massive fire destroyed an apartment building in south Charlotte early Wednesday, firefighters said.

According to Charlotte Fire, it happened around 1 a.m. in the 2000 block of Stoney Point Lane, which is near the intersection of South Boulevard and Sharon Road West. When firefighters got to the scene, they found heavy smoke and flames coming from the roof of one of the buildings.

A person who lives at the complex said the flames started in one condo and quickly spread to other homes. Neighbors began running and knocking on doors to help people escape the fire. Charlotte Fire said there were no serious injuries related to the fire.

Firefighters at the scene said at least seven homes were gutted by the fire.

Charlotte Fire investigators determined the fire was caused by a juvenile playing with fire. In total, the fire caused over $275,000 worth of damage and displaced 30 people. The Red Cross is assisting families who lost their homes.