According to one pest control worker, it's the most calls he's seen in over 30 years. 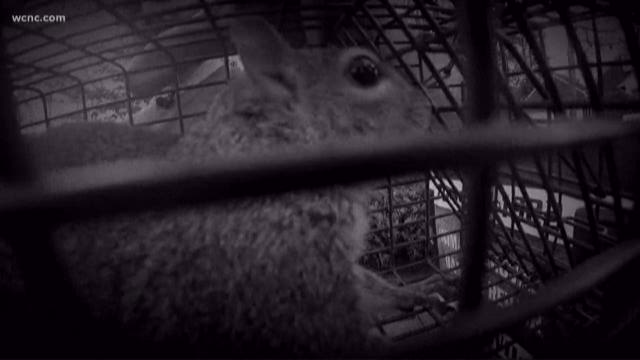 CHARLOTTE, N.C. -- Local wildlife experts tell NBC Charlotte they're busy responding to calls of squirrels chewing into and damaging local homes. According to one pest control worker, it's the most calls he's seen in over 30 years.

These little critters were seen ripping through roofs, chewing on wires and in some cases, sparking fires.

"She was ripping it to shreds and that's why the customer called us," said Dustin Pike of A-1 Wildlife Control.

Some homeowners might even say, “it’s nuts.” South Charlotte resident Barbara Shaper had unwanted house guests in her attic.

"That's the vent," Shaper said. "He kept finding more and more wires that had been chewed… I've spent hundreds of dollars on hauling out squirrels."

Barbara is not alone in having her forever home turned into a nut house.

"Seventy-five percent increase in squirrels in attics and surprisingly in select zip codes," Allen Eckman of A-1 Wildlife Control said.