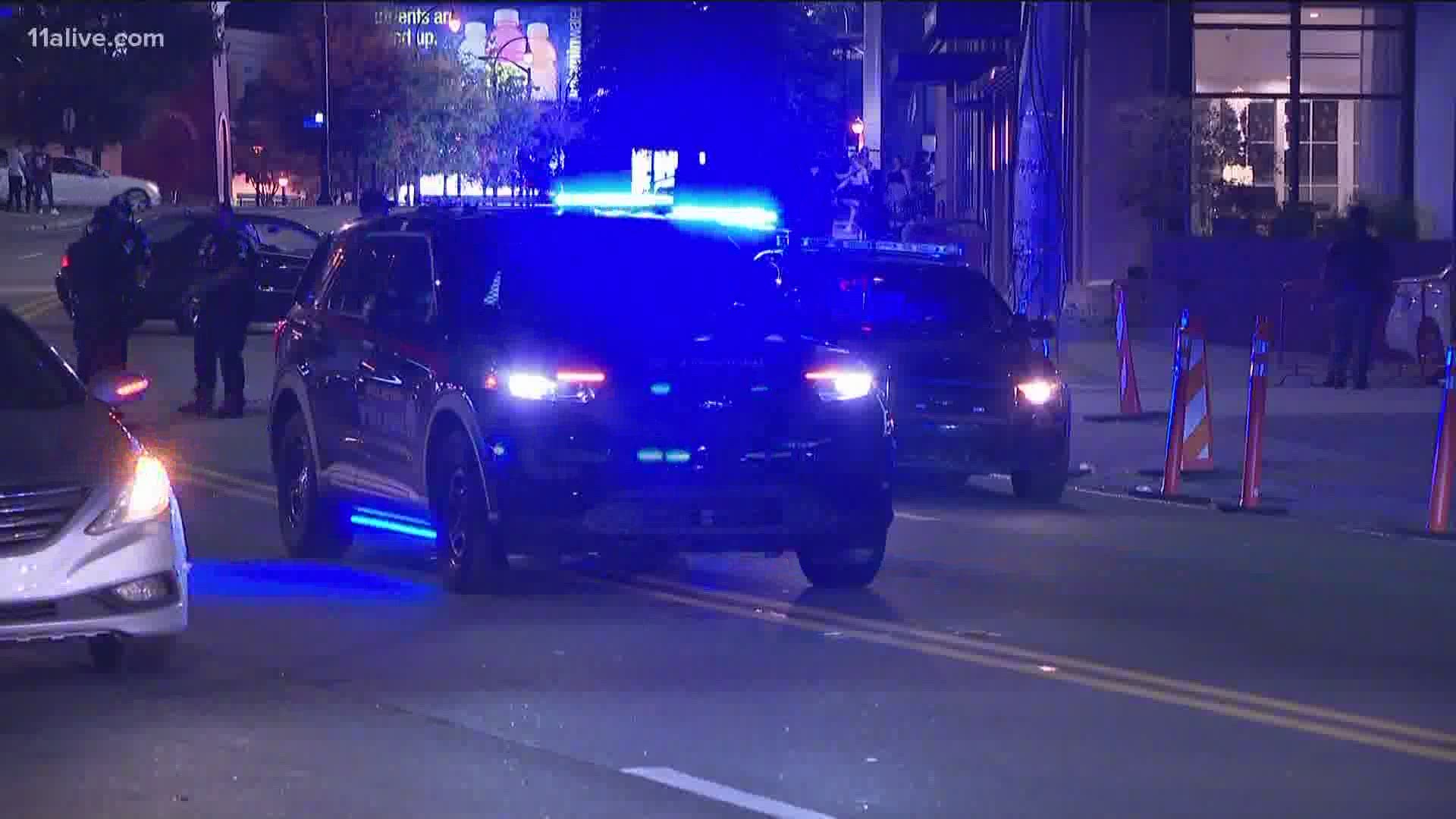 ATLANTA — The arrest of two teenagers for the shooting of a security guard at Lenox Square focuses attention again on crime in Buckhead.

"People getting held up at gunpoint. People stealing catalytic converters in broad daylight," says Chris Grossman, a businessman who can recite recent crimes in the vicinity of his restaurant, the Chastain.

Lenox Square is the high-profile focal point for the flow of crime now targeting Buckhead.  A security guard in the mall was shot over the weekend – and two teenagers were arrested.

"I never go to Lenox Mall. Not now," said Julie Oyler, a mother and Buckhead resident.  "I mean I have many times over the years, but I don’t go there anymore because I think it’s dangerous."

Crime stats posted by Atlanta police show a surge in crime citywide, but a larger surge in Buckhead since last year.

"Whatever they're doing is not working, hasn't been working," said Amber Connor, a Buckhead activist who has been working with residents to document and fight crime issues.  "We're really tired of being sold a bill of goods."

Grossman runs The Chastain, a restaurant named for the park in Buckhead’s west end.  He clings to hope that the crime spike will run its course.

"Seems like it goes in waves. Hopefully, this is another wave and we’ll see a downtrend soon," Grossman said.

Contrary to prevailing crime trends:  Burglaries citywide are down 42% in the first five months of 2021 compared to the same period in 2020.  In Buckhead, the drop is 56%.