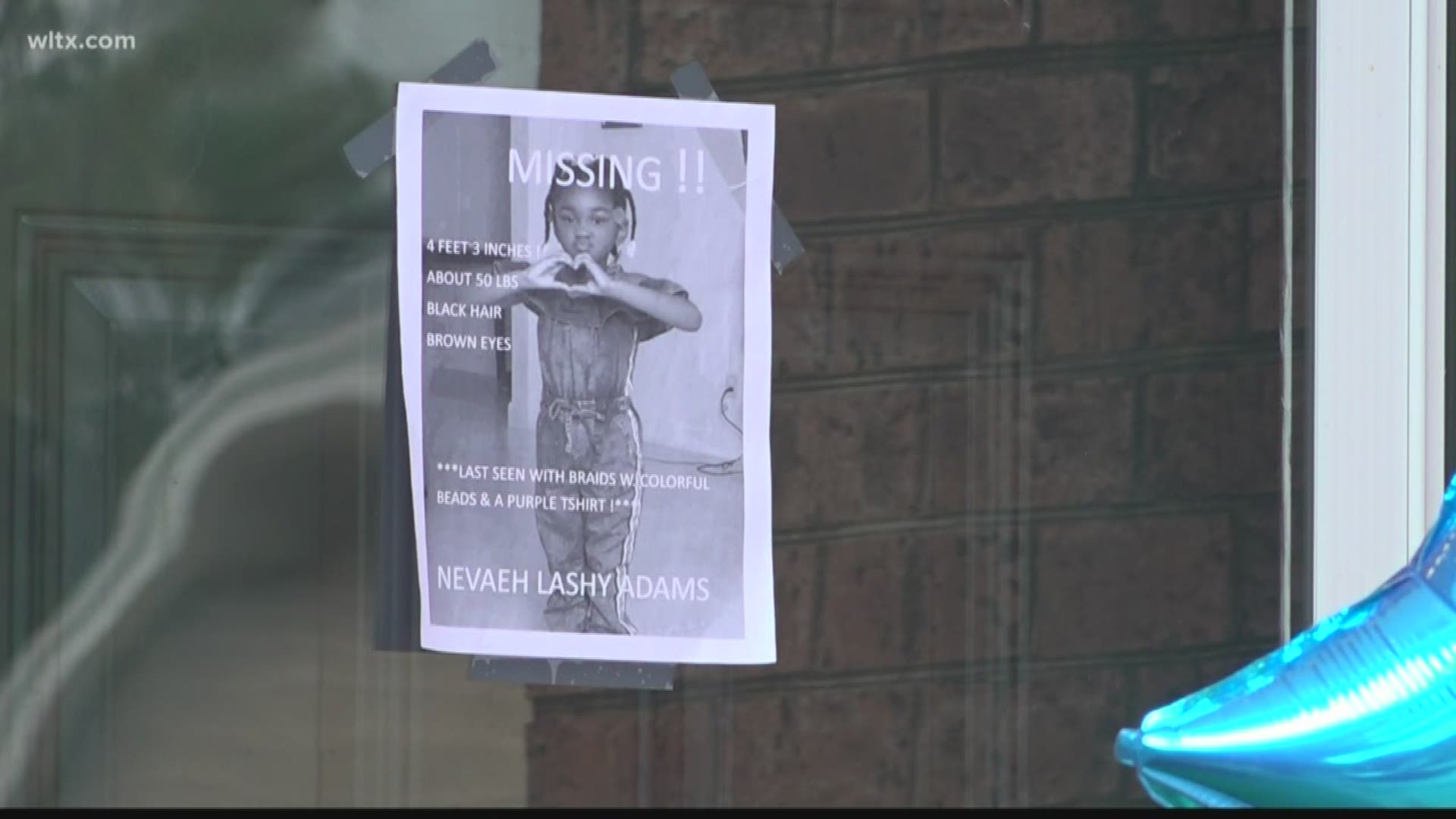 SUMTER COUNTY, S.C. — Police in Sumter held a meeting Tuesday to discuss next steps in the search for a missing five-year-old girl.

Nevaeh Adams disappeared on August 5 after her mother Sharee Bradley was found dead inside her home at The Lantana Apartments.

Police have since charged Daunte Johnson, 28, with murder in both of their deaths.

According to Sumter Police Spokesperson Tonyia McGirt, Sumter-area law enforcement met with several state agencies on Tuesday to discuss how to proceed in the search for Adams.

During the meeting, they discussed plans and preparations for a comprehensive search and received insight from experts on what resources and steps are necessary to complete it.

Among those represented were members of the South Carolina Law Enforcement Division (SLED) and The National Center for Missing and Exploited Children (NCMEC), which McGirt says has experience in landfill searches.

The department is focusing on area-landfills after suspect testimony and forensic evidence collected at the scene led them to believe that Adams may have been killed and put into the garbage.

"We emptied those trucks one at a time in a designated area and, by hand, went through all 230 tons of garbage," Roark said. "There is a possibility that two other trucks were also loaded with garbage from the area.... We will be providing or developing a course of action over the next several days."

Although they could not reveal all of the specifics of the meeting, McGirt says the search through the landfills will take multiple disciplines and areas of expertise to accomplish.

"There's many things we have to take into consideration, both for the proper recovery and the safety of those doing the recovery," Sumter Police Chief Russell Roark said Monday. "We will be relying on our experts."

Sumter County Solicitor Ernest "Chip" Finney says Johnson's Preliminary hearing, which was scheduled for August 29, has now been rescheduled and will likely take place some time in September.

Johnson remains in the Sumter County jail without bond.