A youth supervision policy will go into effect at the end of July, requiring teens under 18 to be accompanied by an adult after 3 p.m. on Fridays and Saturdays. 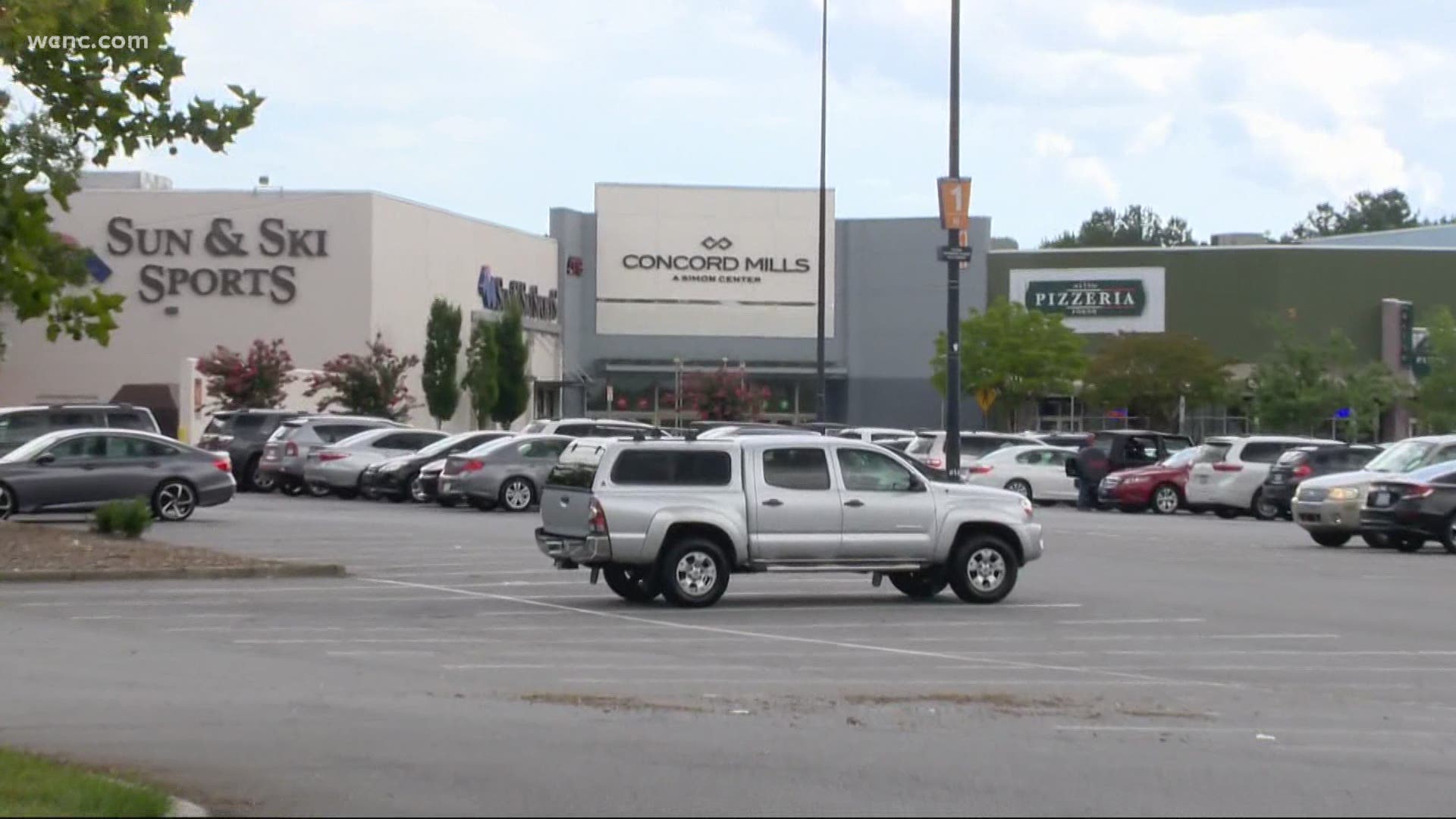 CONCORD, N.C. — Shoppers at Concord Mills said they welcome the new youth supervision policy that will do away with the Saturday night rite of passage of teenagers hanging out at the mall with friends.

Simon Properties, the owners of Concord Mills announced the new policy applies to all children under the age of 18. Under the rule, children must be accompanied by a parent or an adult over the age of 21 on Fridays and Saturdays beginning at 3 p.m. The policy goes into effect on July 30.

Signs are already posted at all entrances to Concord Mills announcing their new youth supervision policy. Kids under 18 will have to be escorted by an adult after 3:00 on Fridays and Saturdays pic.twitter.com/Ix3QGgDPhY

“It sounds like a pretty good idea,” said Tonya Butler, a mom of four teenagers and young adults. “Considering what’s going on in the last two years in malls and other public spaces, I don’t see anything wrong with it.”

Concord Mills has been the scene of a number of fights, brawls, and even a homicide involving teenagers over the course of the last few years.

RELATED: Suspect in custody after shooting outside of AMC theaters in Concord, police said

RELATED: Person in custody after dispute at Concord Mills

Within the past year, two disturbances at the mall involving large groups of teenagers prompted so much panic at the mall that many of the stores opted to close early.

Prior to that, in December 2019, a high-profile shooting of a teenage girl rocked the Concord community. Aveanna Propst, 13, was hit by a stray bullet and killed outside of Dave & Busters.

The Propst family announced in May they are suing the mall and demanded the implementation of additional safety measures.

The attorney for the Propst family Brian Mickelsen said the teen escort policy is a start.

“Simon has a legal obligation to make reasonable efforts to protect their patrons from foreseeable risks, and instituting a teen escort policy is an important step to meeting their legal obligation, but it is just a first step,” Mickelsen said. “There is much more they must do, and unfortunately it all comes much too late for Aveanna and her family.”

Calls for curfews and additional security measures at the mall pre-date the shooting of Propst. In 2017, a melee at the mall was captured on video, and led to more than 11,000 people signing a petition demanding a curfew and mandatory teen supervision.

Other malls in the Charlotte area already have curfews in place. Northlake implemented its youth supervision policy in 2009; Eastridge Mall in Gastonia has a similar policy in place.

“I believe this policy, if implemented properly, is going to reduce if not eliminate the type of juvenile disorder that we’ve seen there on the weekends,” Hughes said.

Concord Mills is private property so the enforcement will fall on mall management, Hughes explained.

However, if someone refuses to comply with the mall or will not leave, it becomes a trespassing issue that could prompt police involvement, Hughes said.

Outside of the mall Wednesday, Robin, a shopper who said her charity work brings her to the mall for long stretches during the holidays, said the new policy will help everyone feel safer.

“We’re always a little concerned at nighttime… over what kind of crowd you’re going to have,” she said.

According to the policy posted on the Simon website, “acceptable proof of age may be required for the youth or adult. Individuals who lack acceptable identification or do not abide by the shopping center’s Youth Supervision Policy will be asked to leave the property.”

One adult will be allowed to accompany up to four youth and will be expected to remain with them at all times.