Terri Bowles said while there are North Carolina children who need fostering, she believes this move won't take away resources but help expand them. 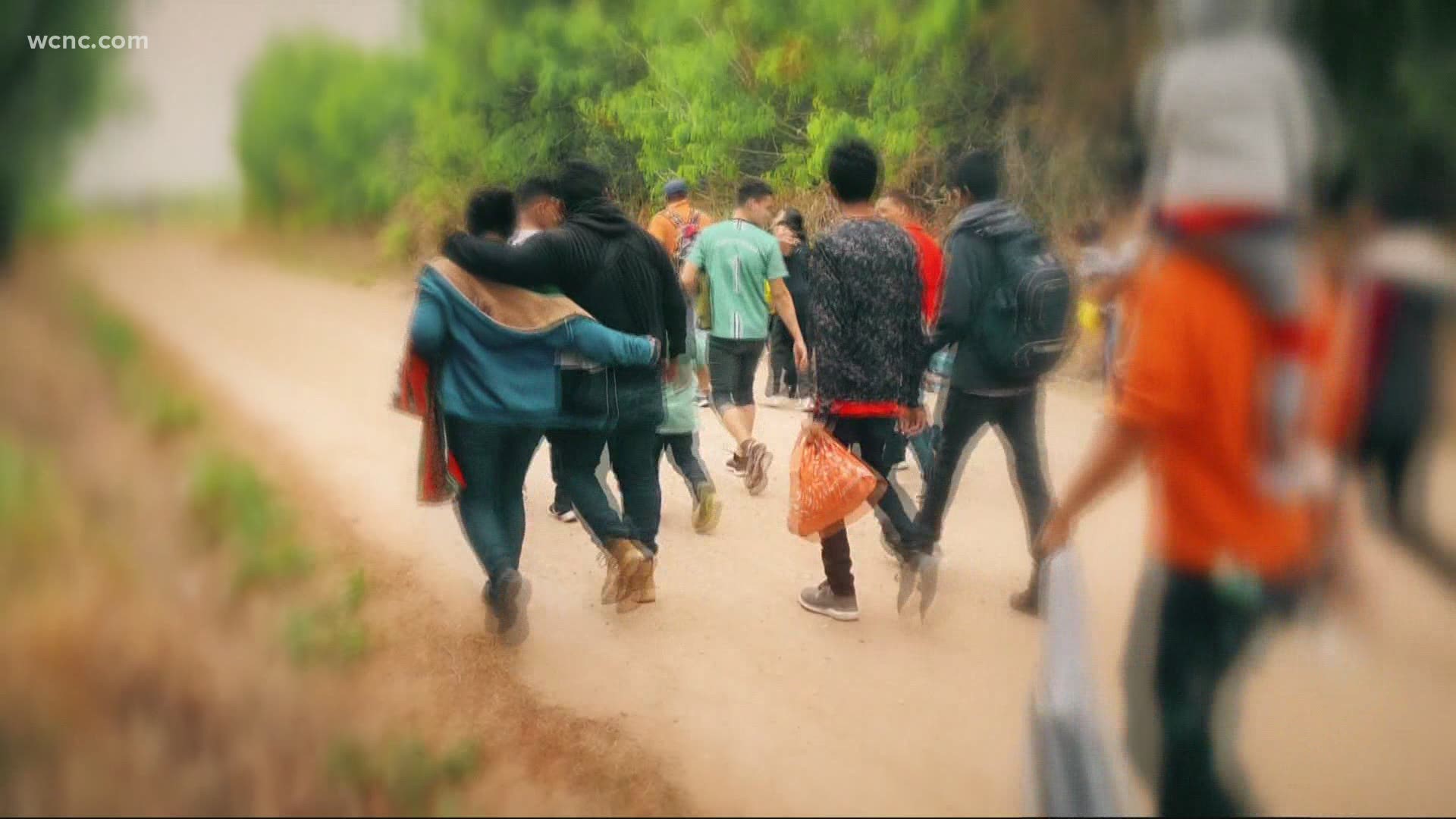 CHARLOTTE, N.C. — If you’ve ever had the heart to foster children, officials are looking for your help. Charlotte has been selected to receive unaccompanied children from the U.S. border, for temporary placement with foster families.

According to U.S. Customs and Border Protection, over 65,000 unaccompanied children had already been encountered at the southwest border during the first five months of the year.

Undocumented children are often caught in the middle as the U.S. grapples with its immigration policy.

"These are children that are fleeing deplorable conditions in their own countries and their parents and caretakers are basically allowing them to travel alone across the border,” Bowles said.

Bowles said typically, the kids would go to a detention center or emergency intake shelter for two or three days.

RELATED: Biden calls for bipartisan action on pathway to citizenship

“Because of the numbers being so much greater than what we've prepared for, they’re staying longer and those conditions are not appropriate or acceptable for children," Bowles said.

Bethany reps say they have a contract with the U.S. government to open this transitional foster care program for unaccompanied migrant children in the Queen City while officials work to reunite them with family members.

“These children will come to them for an average of 45-60 days,” Bowles said. "Typically it's 12 and under are the children that are primarily being placed."

Bowles said these children will only be able to go to licensed foster homes, but that they’ll be implementing a program to help get families through that licensing process quicker. She said it's an estimated 60-day process, and families will need to be at the ready to take in children as needed.

"They are urgent requests, we get them in the middle of the night, we need this child to come immediately, it can be any time 24/7 so we need families ready and available at all times," Bowles said.

Bowles said families would also need to be prepared to take in multiple kids at a time.

"We’re certainly not going to separate siblings after everything they’ve been through," Bowles said.

Bowles said while there are North Carolina children who need fostering, she believes this move won't take away resources but help expand them.

“The licensing process is the same for both, so we actually feel good about that this is getting the awareness out for the whole situation, both the children here in North Carolina and the children coming from the border,” Bowles said.

Bowles said there are a few extra pieces of training specific to fostering children at the border, but otherwise, the licensing is the same. She also noted families cannot foster both North Carolina children and a child from the border at the same time.

To start, Bowles said they’re looking for 50 families to sign up.

"We do not want this to be politicized or a political statement, these are children who need help too," Bowles said. "So we are just going to ask Charlotte and believe Charlotte is a city that wants to help children."

To learn more about how to be a transitional foster for an unaccompanied child from the U.S. Border, click here.

ALSO ON WCNC CHARLOTTE: Charlotte teen dies from rare COVID-19 complication after being diagnosed with MIS-C