"Thankful for the quick response of my pilots," Dale Earnhardt Jr. says after crash 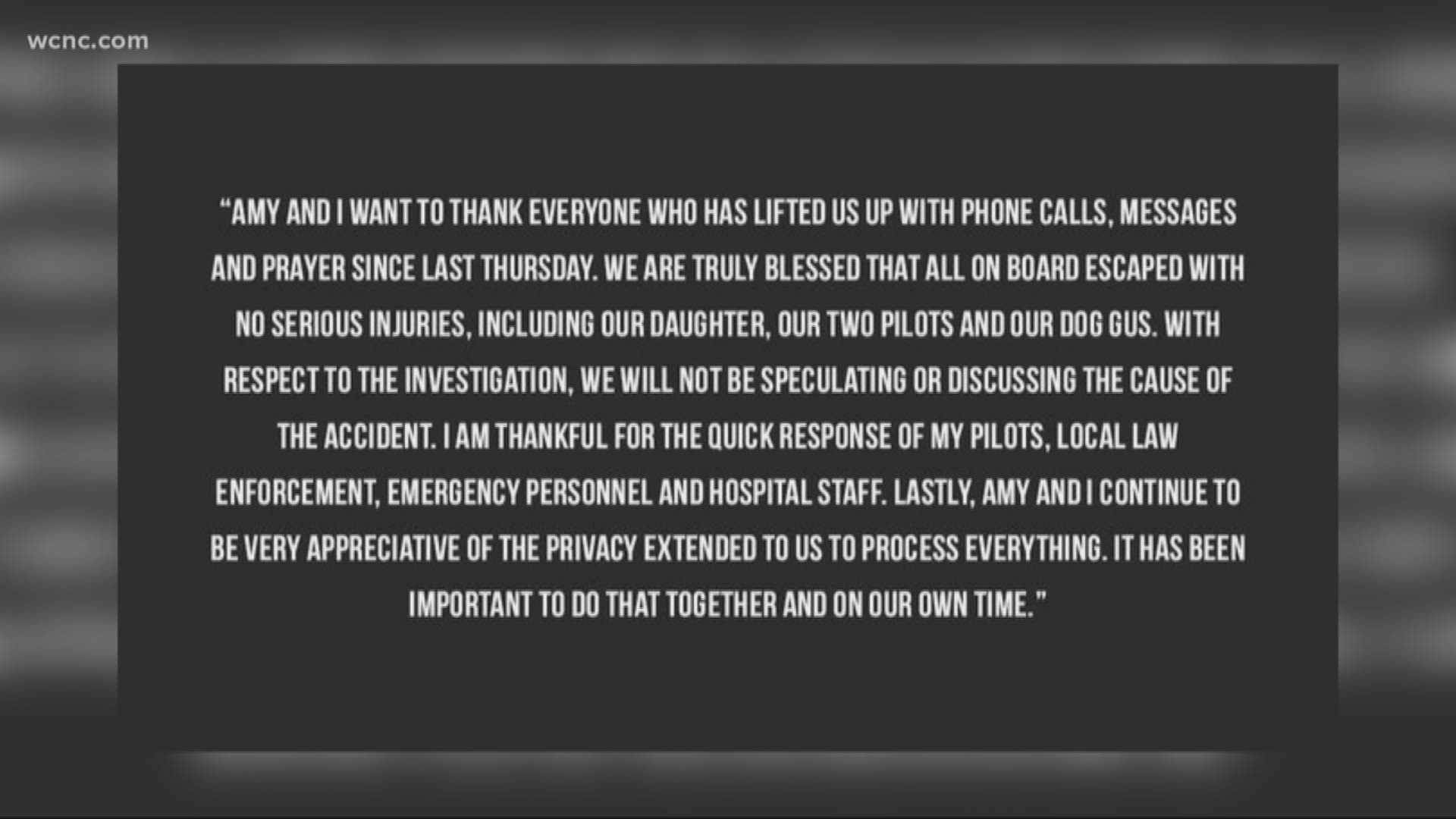 STATESVILLE, N.C. — Former NASCAR driver Dale Earnhardt Jr. released his first statement Monday after the private plane carrying him and his family crashed in eastern Tennessee on the way to a race weekend in Bristol.

"I am thankful for the quick response of my pilots," Earnhardt statement said in part. "We are truly blessed that all on board escaped with no serious injuries."

Earnhardt was traveling with this wife, daughter, and family dog, when their their Cessna Citation plane crashed during landing at Elizabethton Municipal Airport in Carter County, Tennessee last Thursday.

Video obtained by WCNC NBC Charlotte shows the family, along with their two pilots, escaping the burning wreckage.

"Amy and I want to thank everyone who has lifted us up with phone calls, messages and prayer since last Thursday. We are truly blessed that all on board escaped with no serious injuries, including our daughter, our two pilots and our dog Gus. With respect to the investigation, we will not be speculating or discussing the cause of the accident. I am thankful for the quick response of my pilots, local law enforcement, emergency personnel and hospital staff. Lastly, Amy and I continue to be very appreciative of the privacy extended to us to process everything. It has been important to do that together and on our own time."

The Earnhardt family had departed Statesville, North Carolina a short time earlier. Earnhardt, a former NASCAR driver, was scheduled to appear on NBC Sports Network as a part of NASCAR race coverage in Bristol, Tennessee.

The NTSB is on-scene investigating. In a news conference Friday, the NTSB said they had spoken to the pilots and reviewed video footage of the crash.

No one was injured in the crash.

RELATED: "Roll everything you can" | First moments of Dale Earnhardt, Jr. plane crash