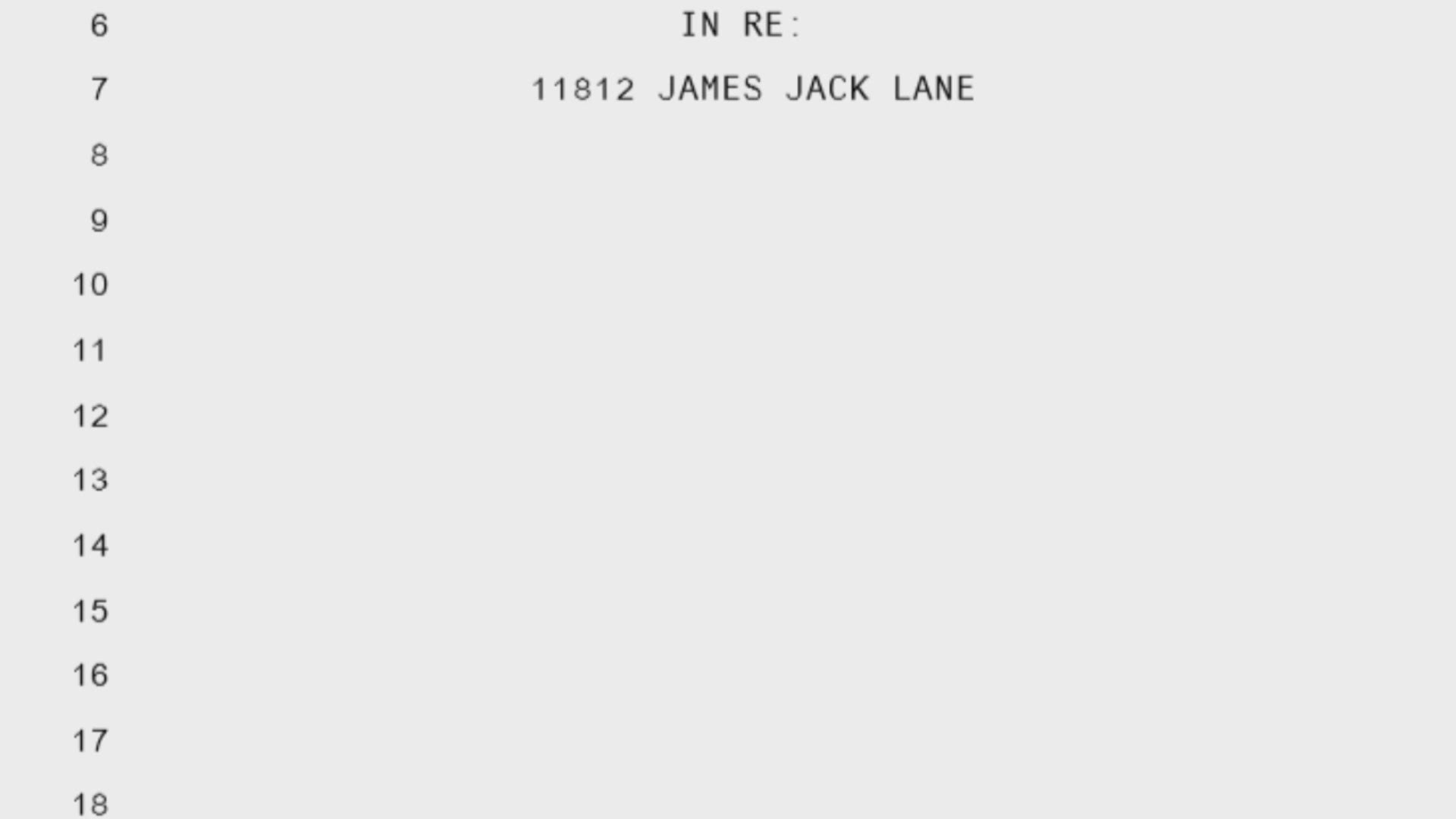 CHARLOTTE, N.C. — Editor's note: Because Mrs. Karam died in the blast, and Dr. Karam made a special request, NBC Charlotte is not airing his audio from the 911 call made from the rubble. However, we are airing other 911 calls made from the area on that day.

A homeowner who was trapped under the rubble after his Ballantyne house exploded last month was desperate to find his wife, according to a 911 call released by the Charlotte Fire Department on Thursday.

Jebran Karam, 60, gave the dispatcher his address on James Jack Lane then began to explain what happened.

"There was an explosion at my house!" Karam said. "I am under the rubble!" 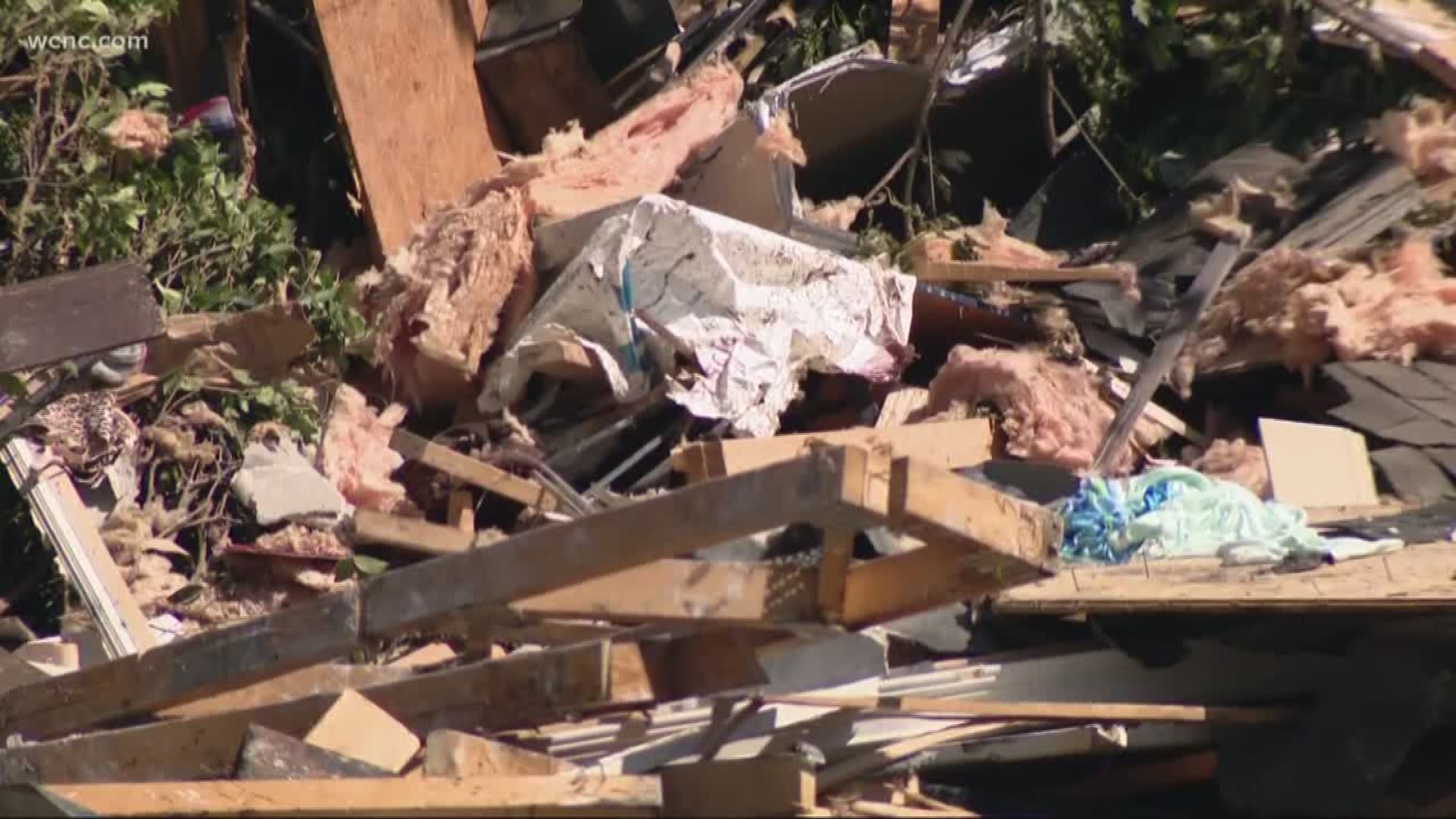 Karam and the dispatcher had a hard time hearing each other because Karam was talking on his Apple watch. After the dispatcher asked Karam several questions, Karam revealed his wife was also in the home.

Karam said he and his wife went down to the basement because "they smelled something wrong."

"She went down, and I went to follow her, and all of the sudden I heard an explosion that threw me away, and then the stairs all came on me," Karam said.

Karam told the dispatcher "his back was trapped" and he could not move his right foot. He said his wife was near the circuit breaker.

RELATED: Ballantyne community came out and fed firefighters as they were working massive home explosion

"Can you grab a hold of anything and beat on it to make noise?" the dispatcher asked.

"We're pretty sure we know where you're at. Just let me know when they're there with you," the dispatcher said.

Karam asked about his wife again as firefighters struggled to reach him.

"Did you hear from my wife?" Karam asked.

"No, sir. We are still looking for her as well," the dispatcher said.

Karam said he could hear the firefighters working in the debris.

"I don't see anybody yet, but I can hear the saw and everything," said Karam.

The dispatcher asked Karam about his injuries, and he said he thought he had a broken leg.

"I am trapped. My right leg, my right hip, and my back. I cannot move not even an inch," Karam said.

About 25 minutes into the 911 call, fire crews finally reached Karam and asked for his wife's name.

As first responders tried to free Karam, his condition appeared to get worse.

The firefighters explained to Karam that they were trying to move the debris off of him, then the call ended after 52 minutes.

"Based upon the known information, the residence was most likely saturated with natural gas which ignited within a few minutes of the occupants entering the residence," officials said.

Neither a specific cause nor equipment involved nor a specific ignition source be identified, according to investigators.

"An outside investigation will continue through the insurance carriers and other specialty engineers who will conduct forensic testing and examination of the natural gas equipment from the residence," officials said.

Karam survived. His wife, Rania Karam, 58, was killed in the explosion. The couple had just returned from vacation. 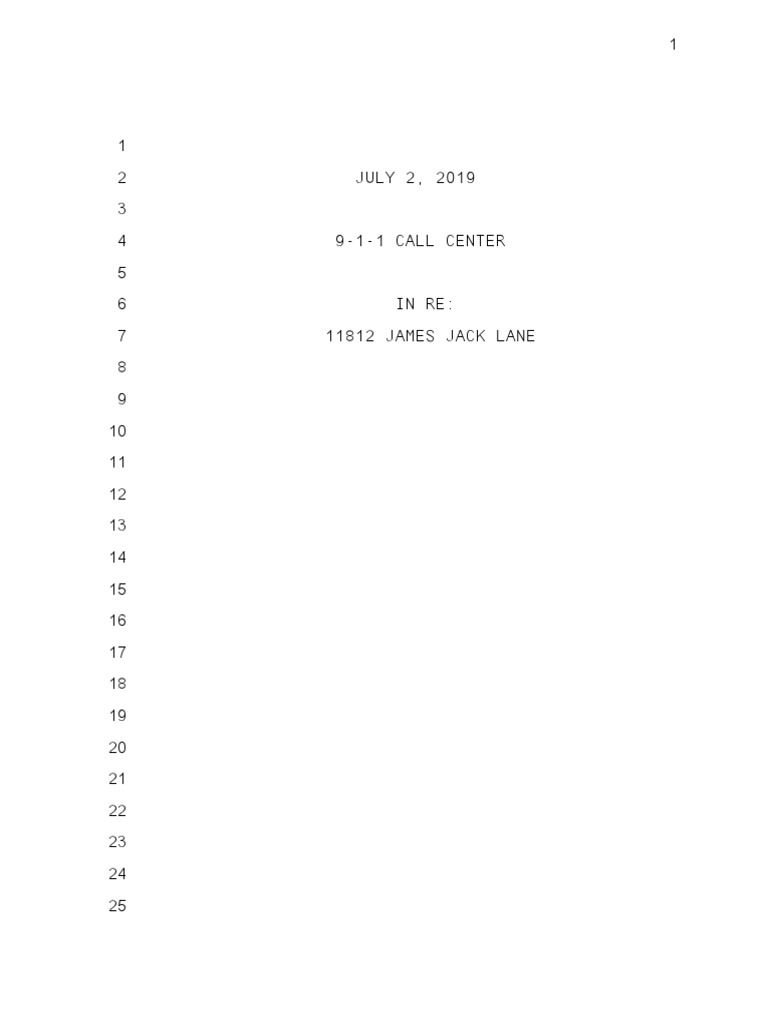