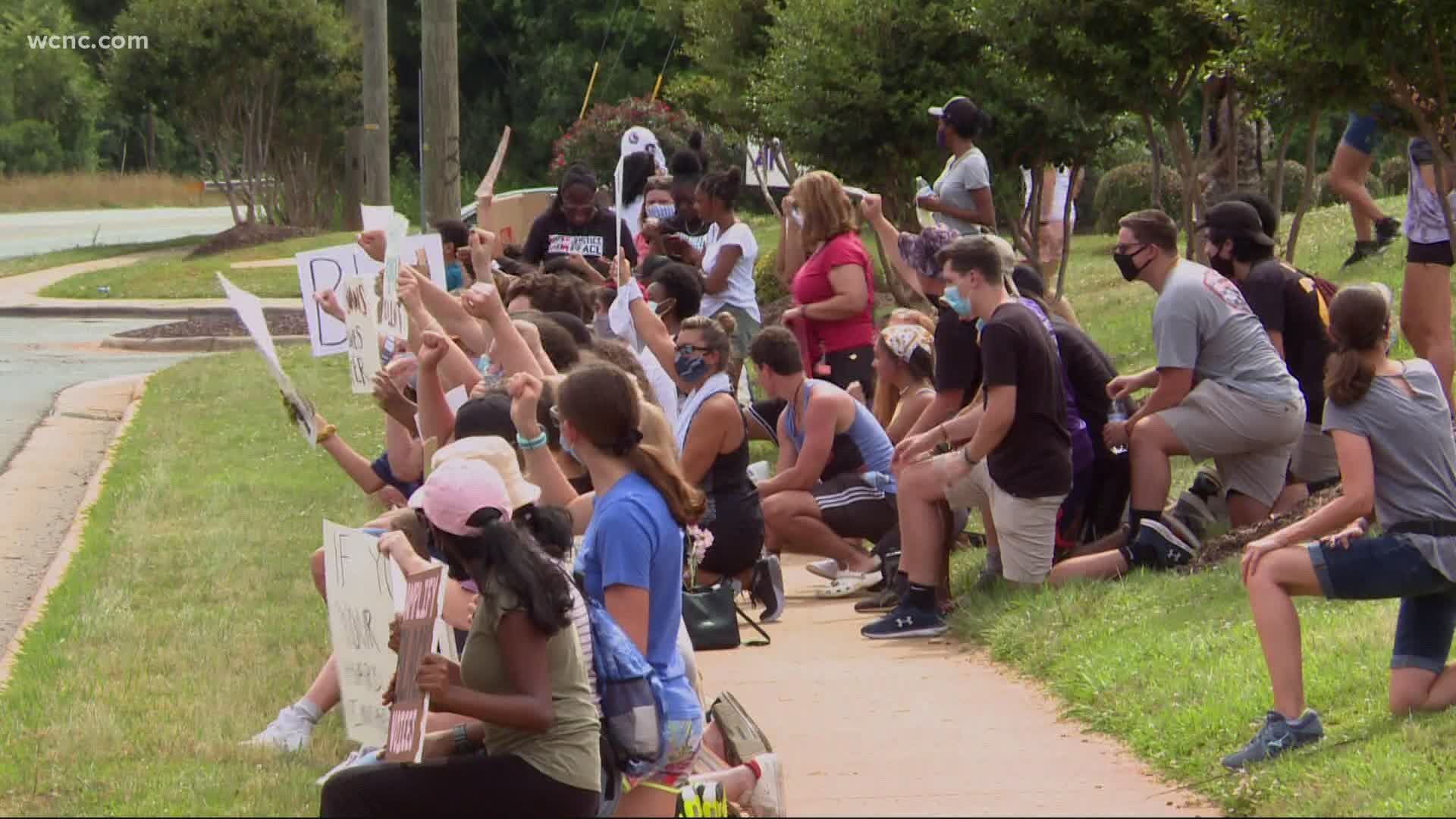 CHARLOTTE, N.C. — Following the death of George Floyd in Minneapolis Police Custody, a group of Ardrey Kell students painted over a school rock with several phrases including "Black Lives Matter," "End Police Brutality," and "Say Their Names." Then, someone painted over it.

On top of the rock, red exes could be seen crossing out what was written, and new phrases were written over the original painting —  "Blue Lives Matter" was written in large letters, and the word "lies" was repeated several times.

When the original message on the rock was opposed by others, disappointment turned to action. Now, the community support is unifying students in a way they didn’t anticipate.

Kayden Hunt, outgoing student body president at Ardrey Kell High School, shared photos in front of the rock last week when it was done, followed by a video of the vandalized rock Sunday morning.

"It was disappointing, but it wasn’t surprising," Hunt said.

Ardrey Kell's principal said on Twitter Sunday evening that what was painted over the rock "is not a representation of AK, the community or CMS."

He said once he found out about the changes, he restored some of the original message from what the students painted.

It isn't the first time that Ardrey Kell has gotten attention for a controversial matter. In March 2019, an Ardrey Kell High School basketball player was suspended before the game after allegedly using a racial slur in a social media post just days before a divisional playoff.

The students of Ardrey Kell were determined to repaint the rock to its original status, though.

A group of Ardrey Kell students organized a Repaint and Support event Monday at 3 p.m. Students were asked to bring Black Lives Matter posters, flowers, and speeches or poems to share with the group.

Hundreds of people reached out in support in a span of 24 hours, and many showed up Monday in support. Lowe's even donated paint and supplies for students repainting the rock.

"I didn’t expect it to be this big," Hunt said.

Ardrey Kell Principal David Switzer and a number of other faculty members were in attendance. Hours before the repainting, CMS released a video statement from Principal Switzer.

"Let me make it clear," Switzer said. "We believe that black lives matter. If your harbor hate. If you identify with racist thinking, you have no place at Ardrey Kell High School."

Hunt and others in attendance at the repainting of the rock said the event was the real representation of the compassion at Ardrey Kell and in the city of Charlotte.