A second ambulance transported the patient the rest of the way to Atrium Health's Carolina Medical Center in Charlotte. 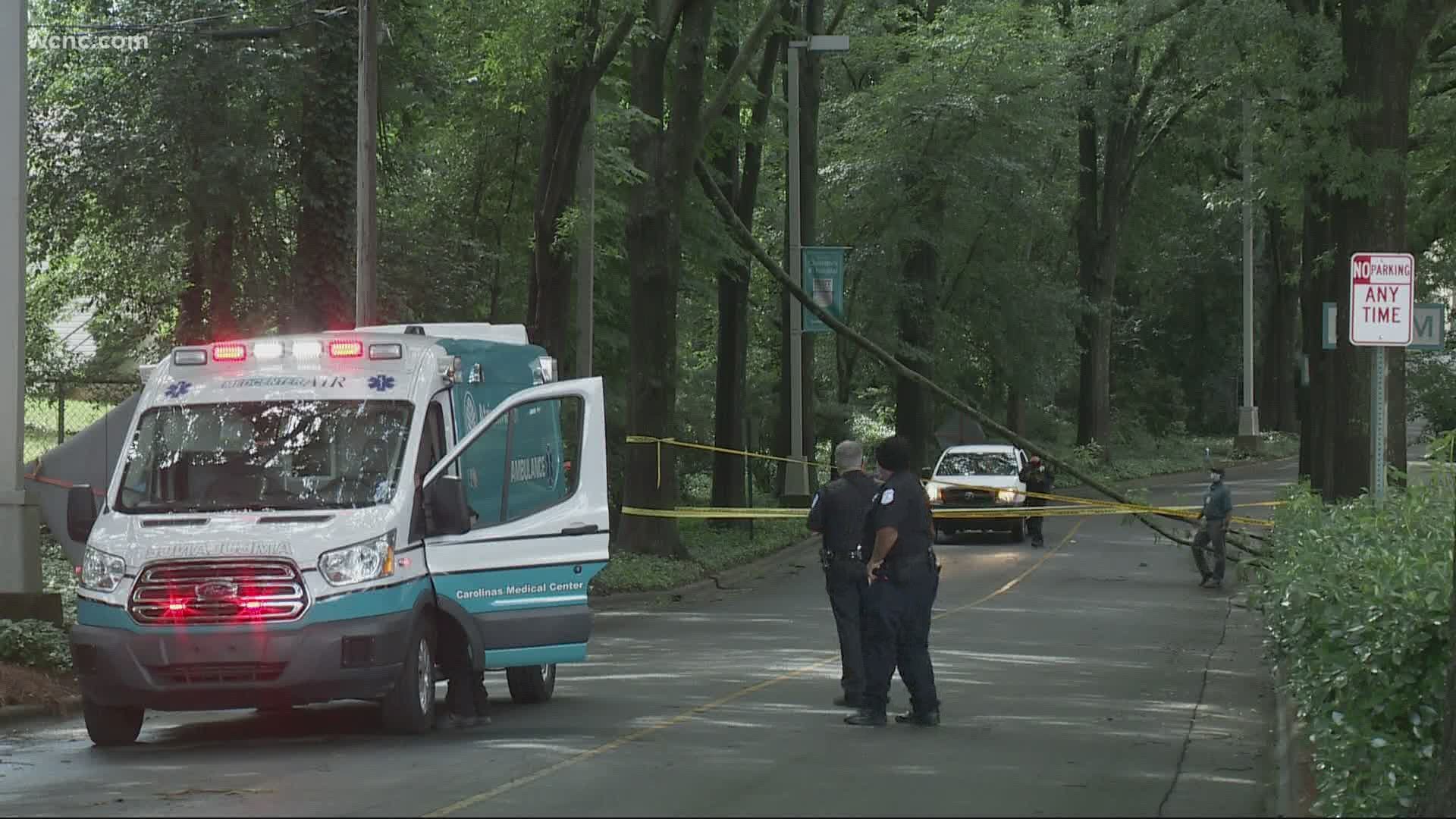 CHARLOTTE, N.C. — No injuries were reported after a tree fell Thursday and landed on an ambulance transporting a patient and en-route to a Charlotte hospital, officials tell WCNC Charlotte on-scene.

The lone tree fell on Loop Road, which is located near Atrium Health's Carolina Medical Center in Charlotte, as the ambulance was enroute to the hospital.

The tree had caused minor roof damage to the first ambulance.

A witness described hearing a "loud boom" as the tree fell.

Mulcahy, who was in the WCNC Charlotte Chevy Storm Tracker surveying the storm threat across Charlotte, said there was no thunderstorm in that area at the time. Rainfall accumulation over the past week, which included a record breaking 1.75" of rain Wednesday from Tropical Depression Bertha, has made grounds very saturated and prone to fallen trees.

Tree falls on ambulance in Charlotte

After the incident, Atrium Health released the following statement: