How campus security has changed one year after deadly UNCC shooting

"We need to do everything we can to make sure our campuses are as safe and secure as possible." 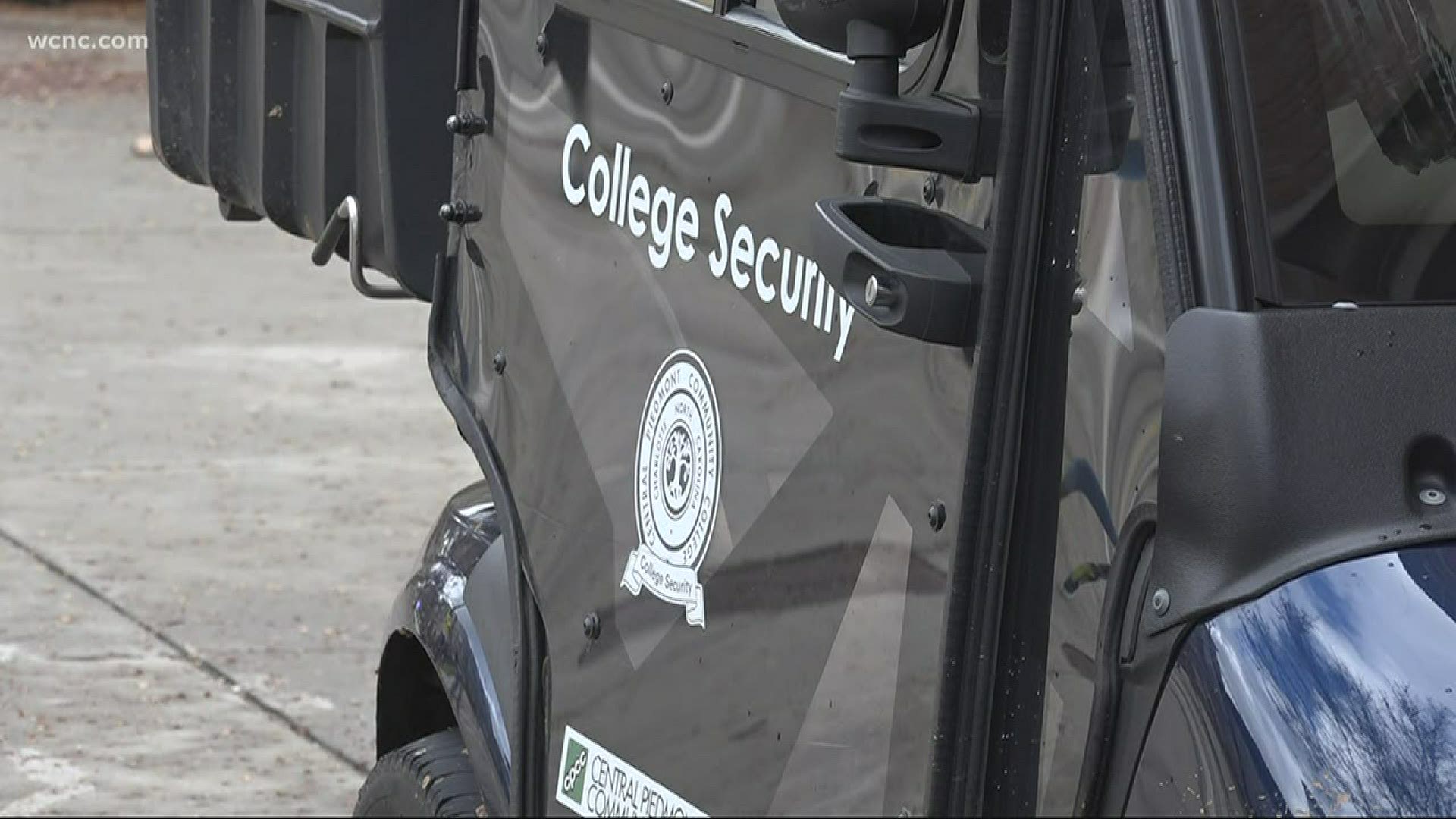 CHARLOTTE, N.C. — One year after the deadly shooting at UNC Charlotte, campuses across the area have reassessed their security.

Students Riley Howell and Reed Parlier were killed when a gunman opened fire on the final day of class April 30, 2019 inside Kennedy Hall. Four others were hurt.

UNC Charlotte moved forward with a six-month external review last year, which is not yet complete due to the current pandemic.

"The finalization of the review was paused to manage the University's response to the COVID-19 response," spokesperson Buffie Stephens said. "It's expected to be completed this summer."

The National Police Foundation and International Association of Campus Law Enforcement Administrators are in charge of the review.

Josh Bronson is the director of training for IACLEA. During his law enforcement career, he responded to multiple campus threats. He said generally campuses should always make sure public safety is supported through training, resources, accreditation and memberships for best practices. He also said officers should constantly run through scenarios in their heads.

"Before I even came a supervisor I started to run through exercises in my mind and that's really stuck with me and when I became a supervisor, I used to challenge my officers to then come up with those type of scenarios in their head as they're walking around campus," he said. "Just to keep their mind sharp. If they had questions about it then we could talk about."

Late last year, UNC Charlotte placed lockdown kits in roughly 700 classrooms. The kits include two devices that barricade a door. A WCNC Charlotte investigation previously revealed half of the classroom doors on campus wouldn't lock from the inside.

"I think we continue to improve," Associate Vice Chancellor for Safety and Security John Bogdan previously said. "Our long-term plan is to try and get to some sort of locking device or barricade device for every door."

"He had been our student first"

While UNC Charlotte takes a hard look at its response, its closest four-year partner and largest supplier of transfer students has already learned from the university's experience.

"It's a somber anniversary I think for all of us," Central Piedmont Community College Vice President of Communications, Marketing and Public Relations Jeff Lowrance said. "When the shooting occurred and once the name of the shooter was released, we of course quickly checked and determined he had been our student first."

The gunman spent several years at CPCC and while his behavior never raised any red flags, Lowrance said his eventual actions are a reminder that every person on CPCC's campus plays a role in stopping a potential threat.

"We need all of our students to be vigilant, to be ever watchful," he said. "That our faculty are doing the same .That we're being vigilant with door security."

A consultant provided CPCC with 41 security vulnerability recommendations earlier this year, everything from pruning shrubs to improve visibility to hiring a new emergency management administrator. Lowrance said interviews are underway for the new associate vice president of emergency management position.

CPCC's assessment included dozens of interviews with students, faculty and staff, a review of roughly 90 documents related to employee onboarding, emergency action plans, business continuity plans and facility drawings/diagrams and a review of 2,013 security-incident case files from 2017, 2018 and 2019.

"We need to do everything we can to make sure our campuses are as safe and secure as possible," Lowrance said.

"We can always become better"

"We have absolutely increased our training," Chief Cherry said. "We have put some things in place where we can know exactly who is on this campus at all times. it's very important for us to know who's in our midst"

The police chief said Johnson C. Smith also continues to strengthen its partnerships with the Charlotte-Mecklenburg Police Department and the Mecklenburg County Sheriff's Office. He said the key is for campuses to not let their guard down, but instead continue to be vigilant and look for indicators.

"We can always become better at what we're doing," he said. "Things change, tactics change, therefore we as a law enforcement community have to be able to change with the times."

"This process has improved the speed and accuracy of crisis communications for a number of scenarios," Media Relations Director Jay Pfeifer said.

"After each Active Shooter incident that occurs at an of institution of higher education, Winthrop University and the Winthrop University Police Department reviews our procedures," Interim Police Chief Charles Yearta said. "We examine how the Active Shooter incident unfolded at other institutions and their response, protocol, etc. We then see what needs to be reexamined and/or revised at our own institution. After UNCC's tragic incident, we did not change any of our protocols or procedures. However, we did look at our training regime and how we were delivering it to our faculty, staff, and students."