Warrant: UNCC shooting suspect identified himself as gunman to police

CHARLOTTE, N.C. — The suspect in the deadly shooting at UNC Charlotte identified himself as the shooter to police, according to search warrants obtained by NBC Charlotte.

In the warrant, Charlotte-Mecklenburg Police responded to a reported active shooter on the university's campus at 5:42 p.m. on April 30. A UNCC Police officer who rushed into the building yelled to people in the classroom and asked who was shooting. The suspect, identified by police as Trystan Andrew Terrell, told the officer he was the gunman, according to the warrant.

Police recovered a Glock handgun and a leather bag with multiple gun magazines from the scene. The suspect was taken into custody and has since been indicted on a dozen charges connected to the shooting. Two students were killed and four others were hurt during the shooting.

A student in the class told detectives that the suspect threw the door open and pulled out a handgun. According to the warrant, the witness said it appeared the shooter targeted a specific table in the classroom when he opened fire.

According to UNCC records, this was the only class the suspect was attending after he withdrew from all other classes. 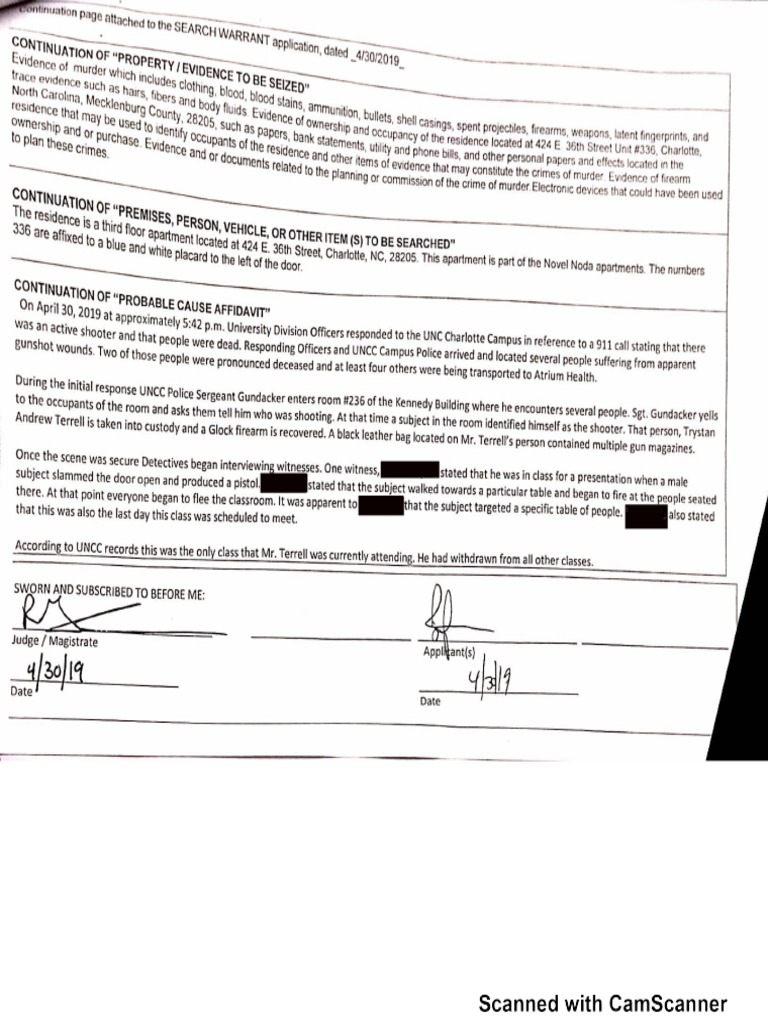 UNCC shooting suspect warrant -- CMPD
The suspect in the UNC Charlotte shooting identified himself as the shooter, according to warrants obtained by NBC Charlotte. 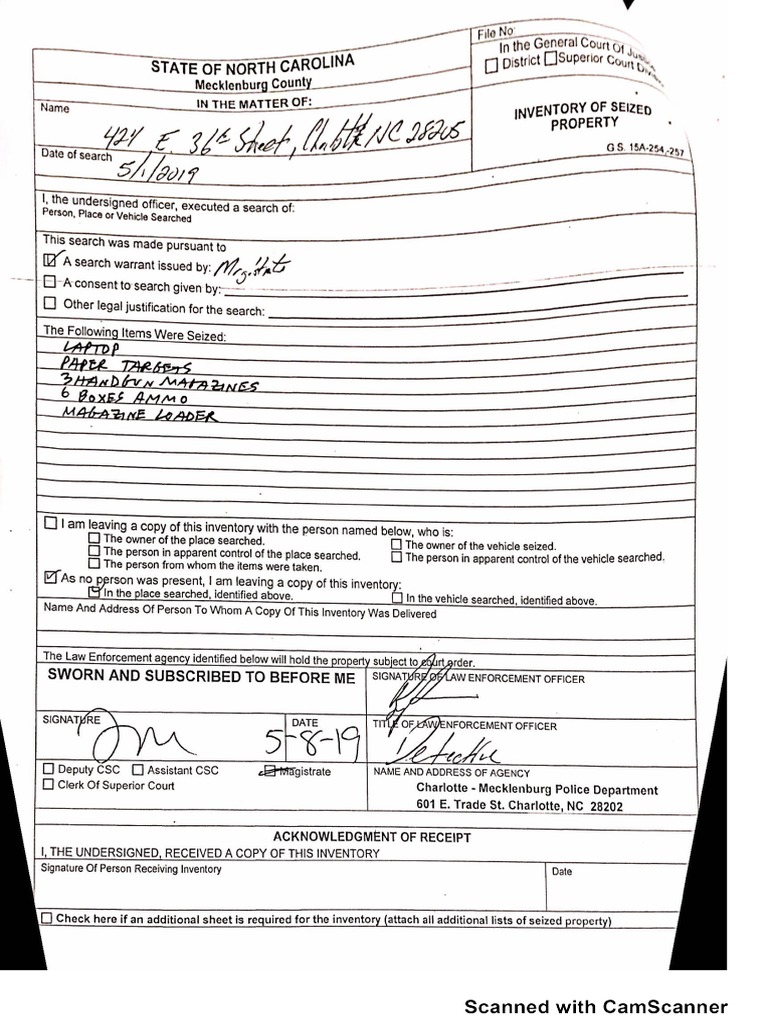