RJ Baker isn't your average teenager. He doesn't dream of a green jacket. Instead, he's doing what he can to see more kids who look like him on the links. 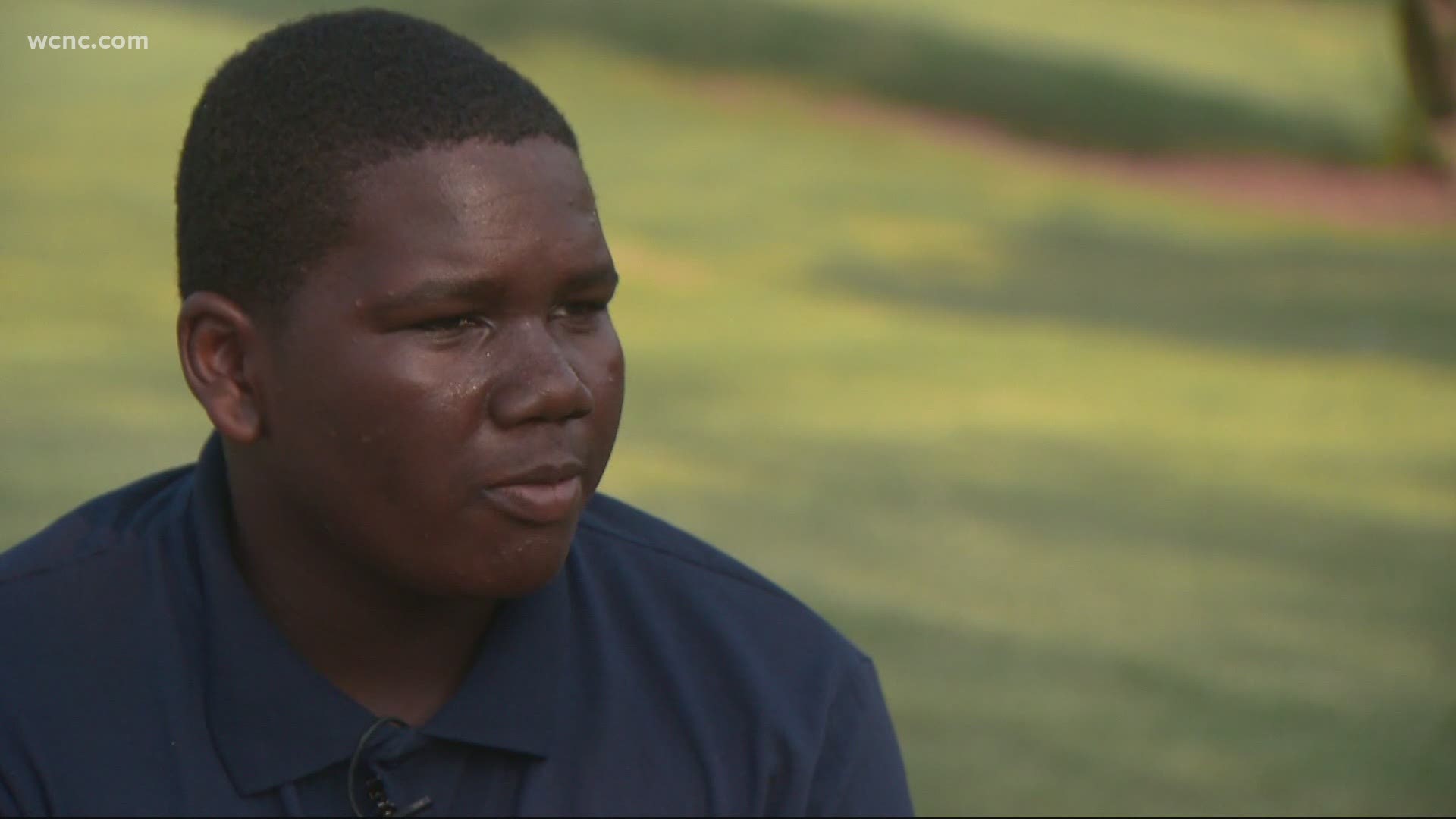 MONROE, N.C. — A Union County teen is doing all he can to help other black and brown kids have the opportunity to take part in a predominantly white sport.

RJ Baker is a 14-year-old with a caring heart.

She's proud because of a vision her son had and then executed.

Friday was the last day of a three-day camp that was organized by RJ with the help of his parents and the City of Monroe.

Out on the quiet links, encouragement could be heard Friday afternoon.

"There ya go," you could hear a mentor and golf coach yell at the hole at Monroe Golf Club.

Instead of golfers who regularly make their way around the holes at the course, children, many of whom were black and brown children, were scattered from hole to hole as they learned how to golf.

Last year, RJ went to a golf camp where he didn't feel like was necessarily welcomed.

He went home, told his parents, and knew he had to do something to change it.

"I told my mom that I wanted to do a camp where it gave other people of color a chance to play golf and learn it and feel the same way as everyone else," RJ said.

His parents did some outreach and partnered with the City of Monroe and others to hold a free golf camp for kids, honing in on minority kids.

Their original goal was to have 20 to 25 children take part. By the end of the week, there were nearly 40 kids that took part.

McGee knew the stats when it comes to black and brown players in the sport of golf and realized the importance and impact a free camp like RJ's could have in Union County.

"Opportunities are slim to none," he explained. "The player-ship (of people of color in golf) is less than five percent."

RJ's mom said her son's vision is making history and changing lives on a course where she said decades ago, black lives weren't allowed to play.

For many who put in time on golf courses, they dream of a green jacket or big trophy, but awards don't mean much to RJ.

"You're not gonna have them forever," RJ said. "I just don't want people to feel like I felt when I first walked out on the golf course."

Ulunda Baker said the camp will be an annual tradition with the possibility of holding smaller camps more frequently.