We are having PIE for National PI Day

The Carolina Pie Company has been around for over a decade now making grandmas style pies for Mooresville and the Lake Norman area. One that is worth tasting soon 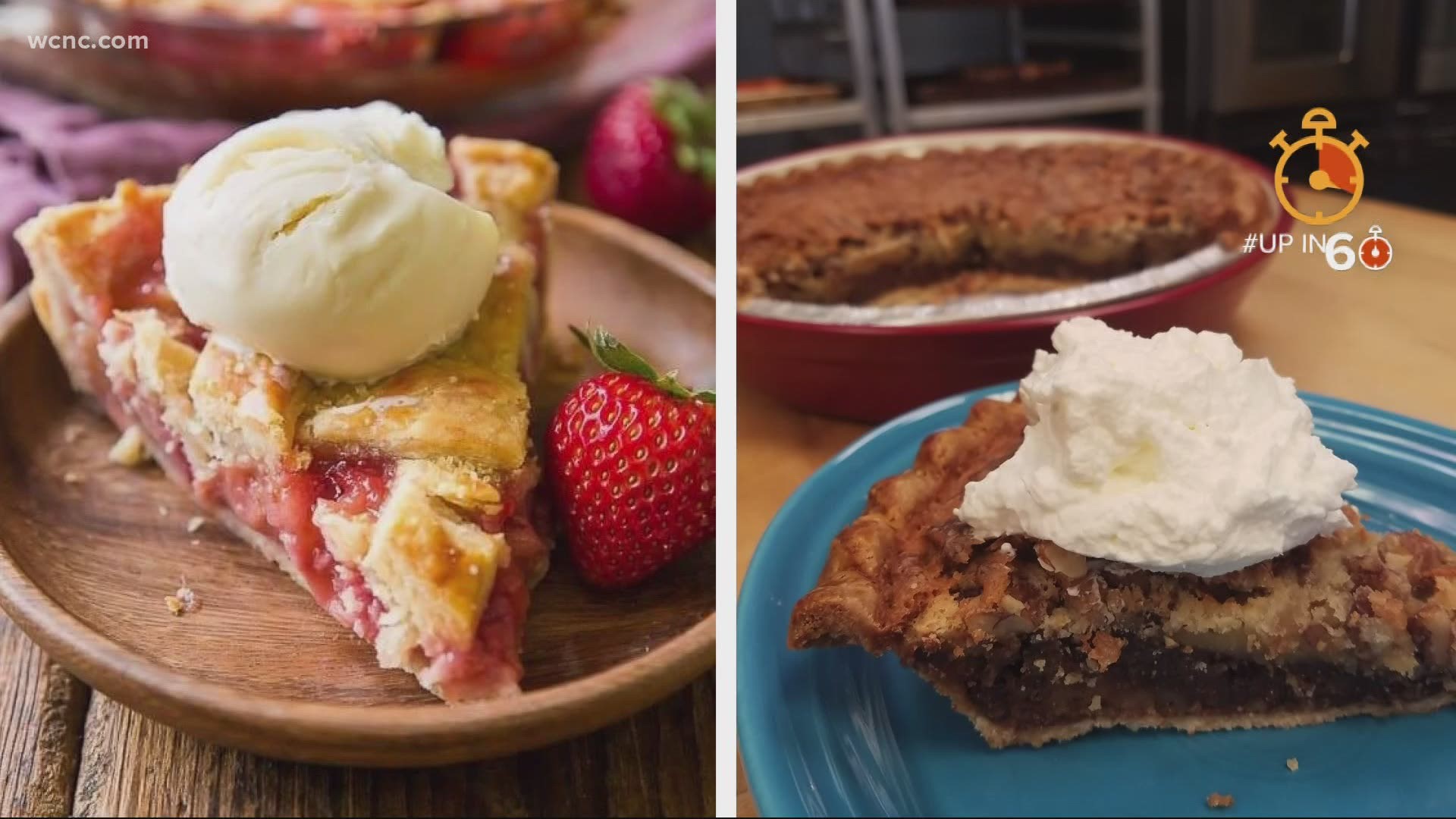 The National Pi Day on March 14 is actually talking about mathematics (3.141592 ... ) but let's celebrate the more literal and delicious PIE!

Steve Lindberg started Carolina Pies in 2010. He worked for corporate for years but got out and .continued the family linage. A few pictures hang on the wall near the entrance, including one of his father's bakery in Massachusetts that opened in 1934.

“So we make everything here, right here from scratch. We make all of the filling and all of the crusts,” Lindberg said.

Their slogan is: They don’t make 100 pies, they make 1 pie 100 times. It's all about quality over quantity.

“People say why can’t you make more like at Thanksgiving. We have to shut down orders around Halloween because we can only make so many,” tells the owner Steve Lindberg.

So if you want to literally get a piece of the pie come the holidays, make sure you plan in advance!

And this local pie shop has featured in multiple articles and magazines, had its logo on a stock car and they even brought a cherry, apple and bumbleberry pie to the White House last year upon invitation.

So what goes into making the perfect pie? Here are a couple of tips Steve gave us without giving away any secrets.

- Lemon juice: Steve adds lemon juice to all of his fruit pies because he says it brings out the fruit and "sparks" it up.

-Crust preparation: Steve says when you are making a crust make sure everything is cold, from the water to the butter. If it is too warm then you will be stuck with a gummy dough and that is the last thing you want!

STORE HOURS: Wednesday to Saturday from 11 a.m. until 6 p.m.

But get there early. During my time there I saw some pies sell out quickly and just minutes later someone came in asking for that same pie. Luckily if that flavor is out for the day, there are many more to choose from.

So happy National Pi(e) Day Everyone!

RELATED: Up in 60 | Things to do in Monroe, North Carolina

RELATED: A beautiful park to put on your North Carolina bucket list