Offices were evacuated as smoke poured from the building by Rooster's restaurant near College Street and Trade Street. 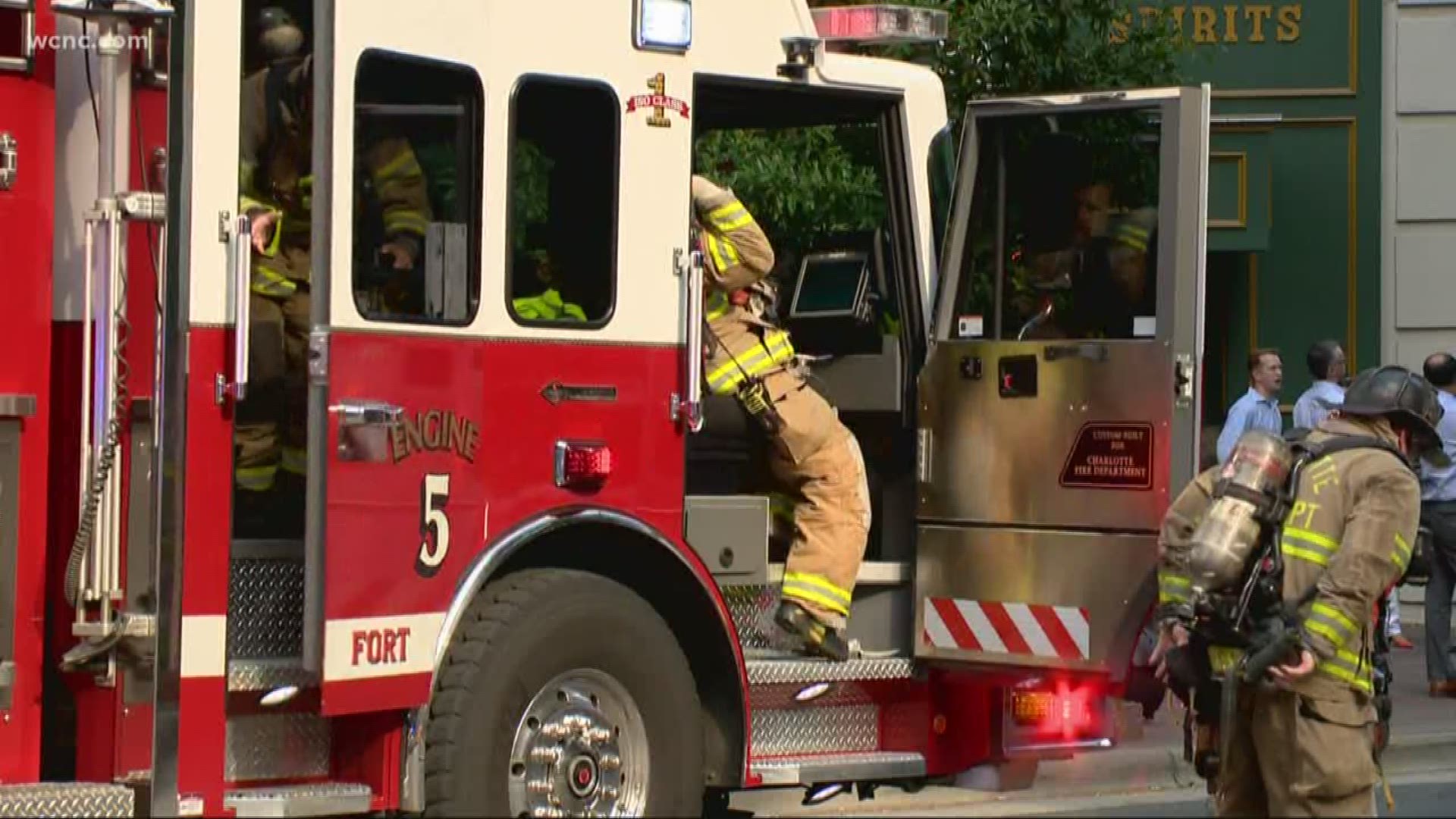 The Charlotte Fire Department sent a total of 65 firefighters to battle the fire, which was located near a restaurant on the lower levels of One Bank of America Plaza.

At the height of the fire, official sounded a third alarm for additional resources.

"We've got heavy smoke showing from a vent at Rooster's, looks like it's already gotten up into the building as well," first responders could be heard saying on emergency radio transmissions.

The fire department responded to the 100 block of North College Street, near the intersection with East Trade Street, at 2:42 p.m., officials said. The location is part of the Bank of America complex.

Investigators have determined that the accidental fire started in the kitchen hood system. The Charlotte Fire Department estimated property loss of $1.5 million.

Fire at One Bank of America plaza

Smoke could be seen pouring out of a second-floor air vent near the Bank of America parking deck. Inside, fire officials said they found "floor-to-ceiling" smoke conditions.

Workers from nearby offices were evacuated while firefighters actively fought to fire and worked to contain the smoke.

North College Street between 4th Street and 5th Street was closed during the investigation.

About an hour after they first responded, the Charlotte Fire Department said they had the fire "under control" and were monitoring for additional hotspots.

Some of the evacuees from inside the tower say they never heard the alarms. Battalion Chief  Matt Westover acknowledged that at a press conference and explained the process of the alarms and the evacuation.

"Typically in high rises, when the fire alarms go off, they only go off on the floors that are affected and expected to evacuate," he said.

The floor where the fire originated, all the floors below it, and two floors above it are evacuated by the alarms, according to Westover. Once firefighters arrived, they then decide if more floors need to be evacuated, Westover said.

Charlotte Fire said they are constantly doing drills to make sure everyone knows what to do in case of a high-rise fire in uptown.

During the fire, smoke could be seen for several blocks in uptown Charlotte.

A viewer sent WCNC NBC Charlotte video of smoke rising from a building in uptown.

In the midst of the firefighting efforts, Medic responded to a report of a shooting at Epicentre.

RELATED: Shooting in uptown not far from Rooster's fire

One person was transported to the hospital with life-threatening injuries. 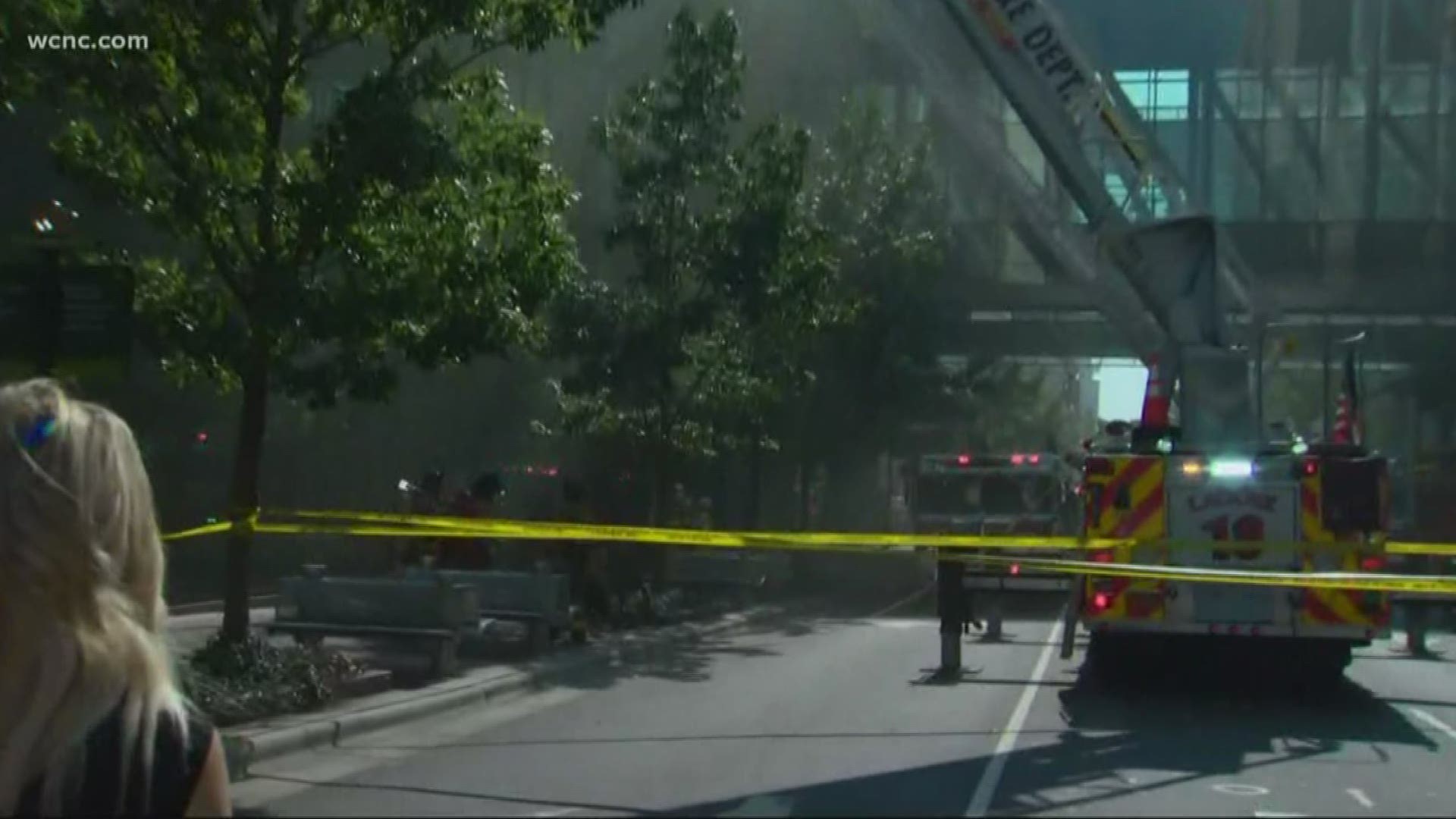 UPDATE: Girl who accused boys of pinning, cutting her hair, said she made the story up