Fonda Bryant said she wanted to do something to prevent suicide at that location after hearing some of the statistics of people who have taken their own lives. 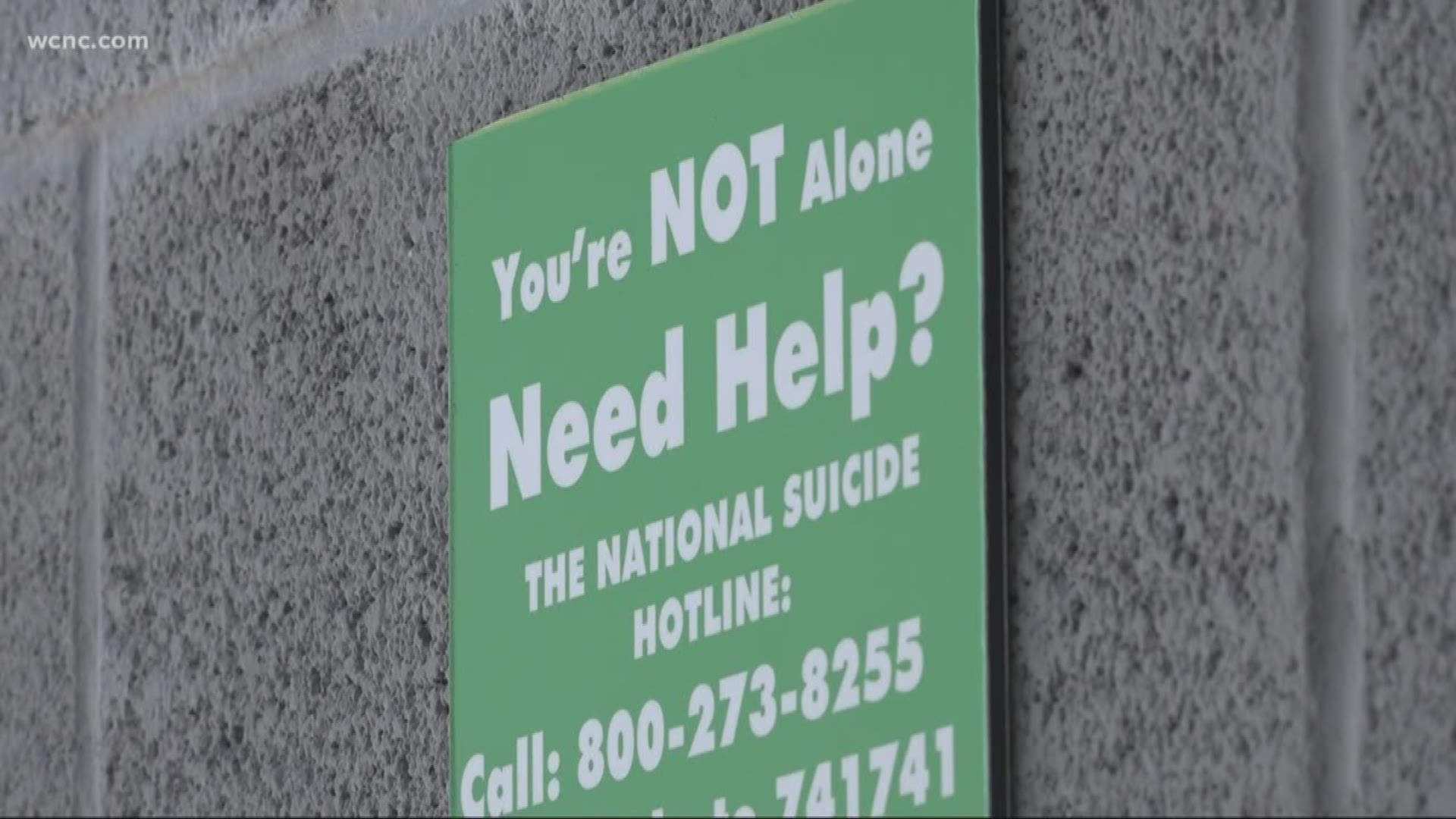 CHARLOTTE, N.C. — Suicide prevention signs are going up inside a popular parking deck near the Spectrum Center in uptown Charlotte.

Signs displaying the phrase “You’re NOT alone” and information to contact the National Suicide Hotline are now posted on the 12th floor of the Center City Green Parking Deck at 350 E. 6th Street.

Fonda Bryant, a mental health advocate and 24-year suicide survivor, said she wanted to do something to prevent suicide at that location after hearing some of the statistics of people who have taken their own lives.

Charlotte-Mecklenburg Police Department said there have been five reported suicide or death investigations at this parking garage from Dec. 2015 through March 2019.

"One is too many. We've got to do better helping those with mental health conditions,” Bryant said. “We've got to show empathy and compassion because you never know what someone is going through."

Bryant said she designed the signs and worked with the parking deck management to have the signs placed outside the elevators in a visible location that would make someone think twice.

Bryant said she is now working with managers of other parking garages in town to post more signs to create more awareness and help make the difference for someone who may be on the edge.

"I really hope it's going to stop someone from taking their own life,” Bryant said. “I really do."