The Urban Loop project has been a major point of contention for the Battle Forest Village neighborhood. 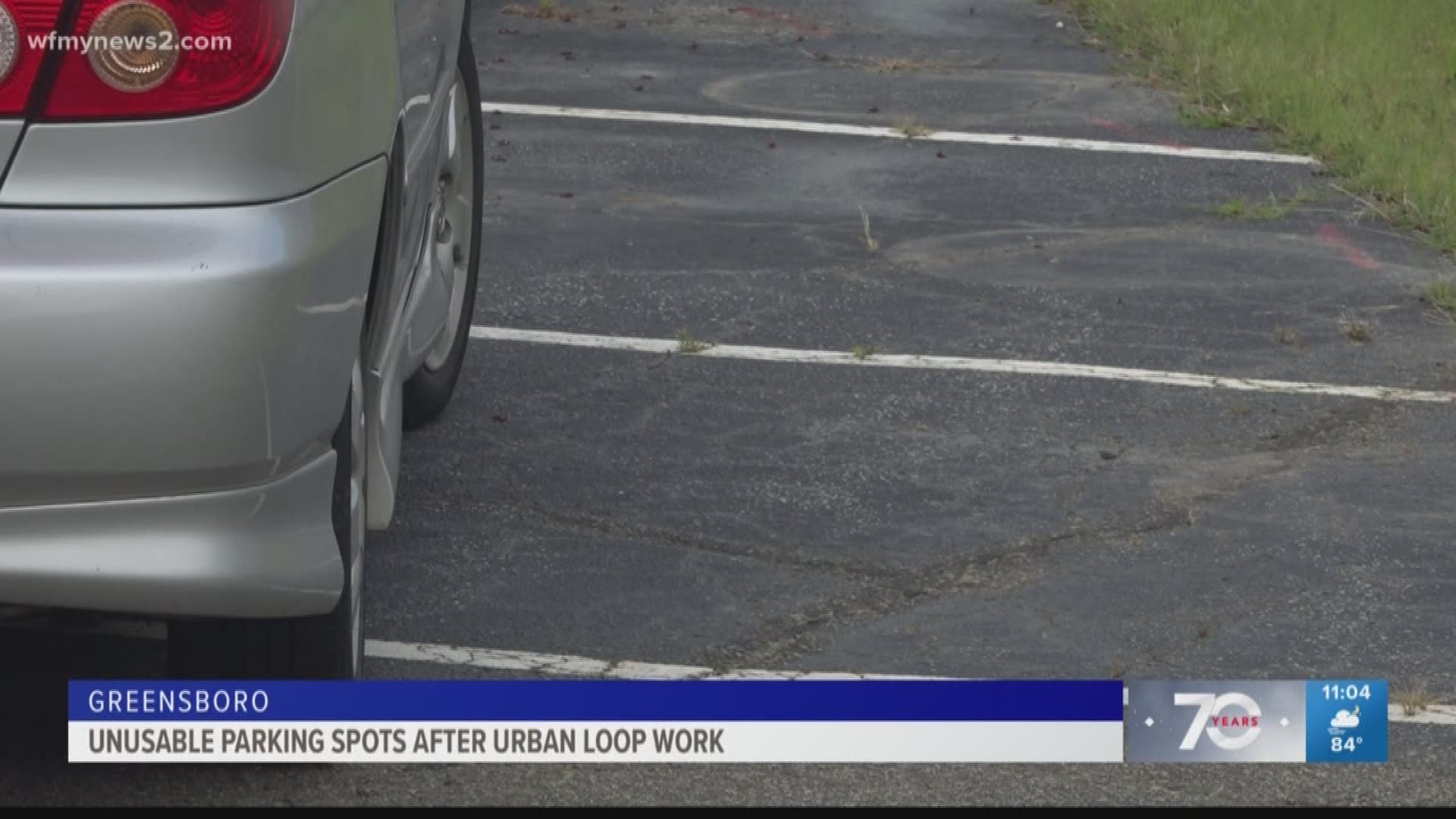 GREENSBORO, N.C. — A noise wall is causing a loud problem for a Greensboro neighborhood. Neighbors are upset because the noise wall replaced a townhome parking lot.

Each townhouse was allotted three parking spaces at the Battle Forest Village neighborhood on Regents Park Lane. But some neighbors now have to park their cars on the other side of the building because their parking lot doesn’t exist anymore. Instead, you'll find a wall to block the noise coming from the future section of the Greensboro Urban Loop.

Neighbors said it's a major inconvenience, especially when lugging groceries or when people come to visit.

"They’re having to park in other townhome visitor spots and it’s been kind of an issue and we feel like and it feels hard having people over feeling like we don't have any parking for them," said Holden Ehlinger, Battle Forest Village tenant.

The Urban Loop project has been a major point of contention for the neighborhood. One of the homeowners who has lead the legal battle said the North Carolina Department of Transportation (NCDOT) was supposed to replace the parking lot. He said they also took more land than what was in the plan.

"It's kind of hard to sell a home or rent a home or live in a home when you can't park in front of it but I think this would get resolved this summer," said Jim Bishop.

A spokesperson for the state DOT said residents were previously compensated for the parking lot in after consent of judgment stemming from a lawsuit. Both sides are working toward a resolution after a meeting between the property managers for the townhomes and representatives from the DOT. Grass now covers part of what used to be the parking lot.

According to the NCDOT, the homeowners association can now request to get those spaces back with the money received from the compensation.

RELATED: Even After Improvements, Greensboro Drivers Say This Intersection is Still Dangerous

RELATED: Clearing The Way For The Greensboro Urban Loop