From Washington, D.C. to Atlanta, and now Charlotte, dirt bikes and ATV gangs have been terrorizing city streets. 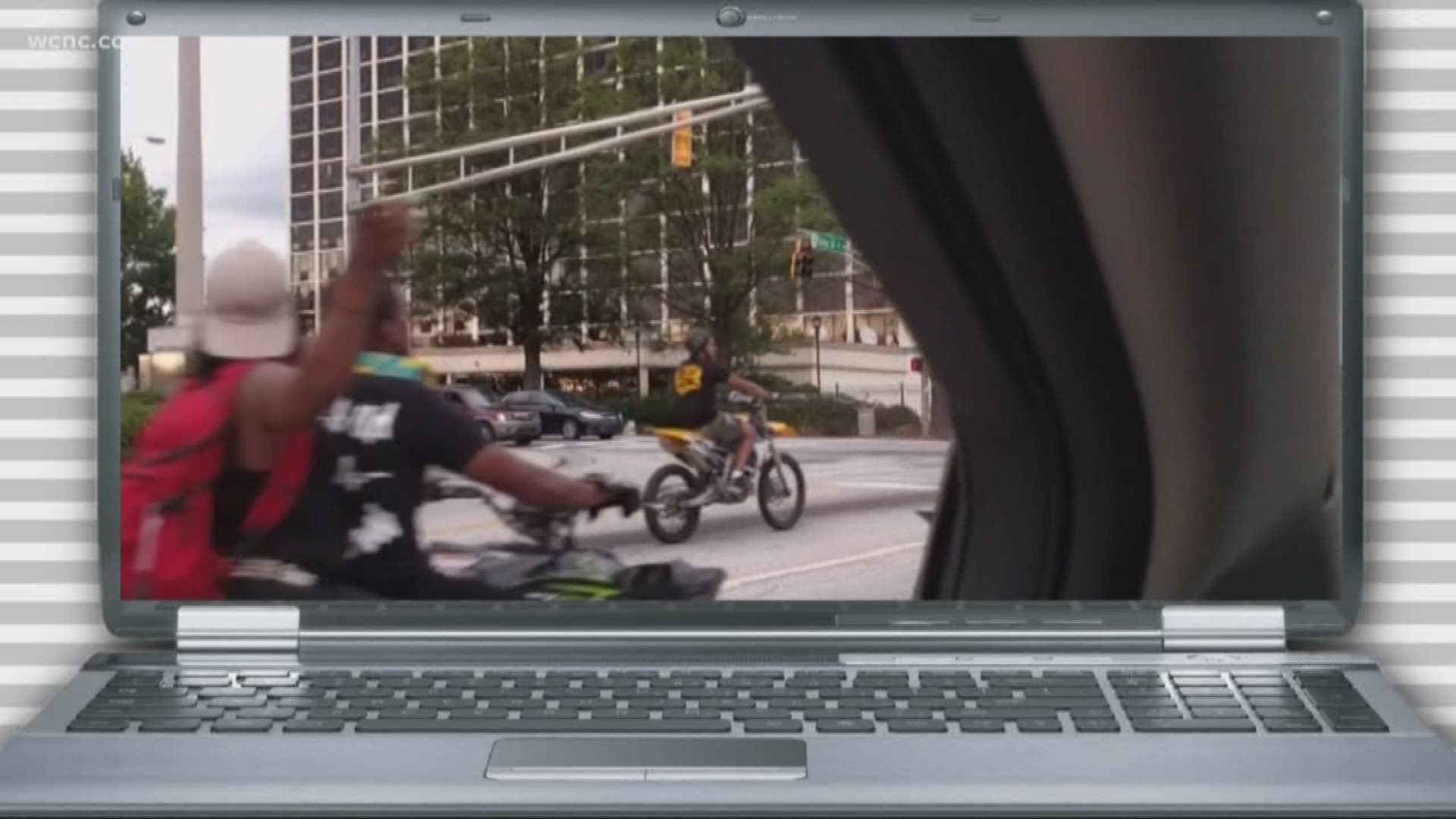 One video showed people riding dirt bikes and ATVs doing tricks in traffic on Brookshire Boulevard, just off I-85.

"Man, somebody is going to die," said Michael Maithers, another driver who watched the video.

From Washington, D.C. to Atlanta, and now Charlotte, dirt bikes and ATV gangs have been terrorizing city streets.

A state trooper told NBC Charlotte it was something he had never seen locally before. The trooper said he's now very concerned for everyone's safety.

Pierce said these riders caught on camera were not playing by North Carolina's driving laws.

"Even if he was on the road legally, that's careless and reckless driving as far as North Carolina standards go," Pierce said.

Drivers have a simple message for the tricksters.

"Stop it!" Maithers said. "They're going to kill somebody or kill themselves."

CMPD is also investigating the series of stunts.